Once I was visiting a Syrian refugee home in rural Turkey and a police van arrived on a “tip”. An angry Turkish man stormed into the house and shouted: “Why are you giving out Incil [Turkish New Testament] in my town? This is a Muslim country! The police are waiting for you outside. Goodbye.” Soon I and two others were escorted to the local police station and faced interrogation for sharing the Gospel in that town.

Earlier in the day, we went to a grocery store in a quiet residential area to buy a few things for the refugee family. We interacted with children playing nearby, and the lady at the shop kindly offered us some tea and biscuits. Afterwards we gifted the lady with some literature as an appreciation for her hospitality.

At this sight, her neighbours asked whether they could have some as well. So, we gave away a few “gifts,” all of which were requested and gratefully accepted. But the angry man, who wasn’t at the scene at that time, later confiscated the literature from one of the ladies and filed a complaint to the police.

Sharing one’s faith and giving Turkish literature with approved tax sticker are both legal and protected by Turkish law. But what is legal is not always what is popular, especially in places where nationalism has taken a firm, fascist hold. In Turkey, the authorities act on complaint. If no one complains, people can do (almost) anything.

But if someone complains, the activity may be stopped even if it is perfectly legal. Staunch nationalists do not like the Christian faith propagating in Turkey. They are the types of people who most often complain to the authorities, and sadly, the authorities have to act on a complaint. 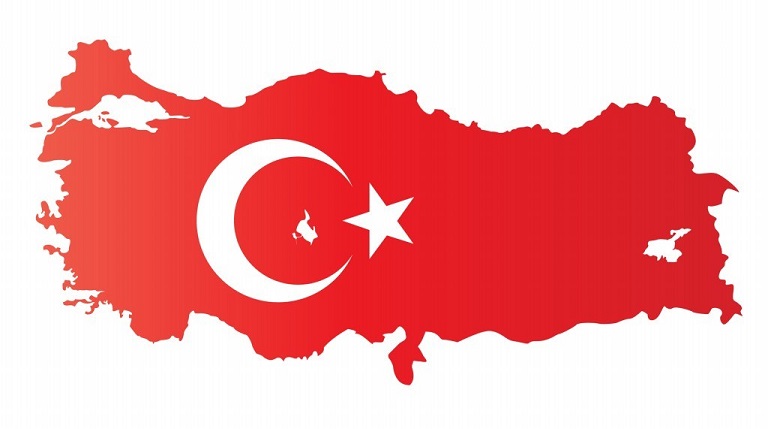 At the police station

Upon arriving at the police station, we were surrounded by a number of policemen who photocopied our IDs and asked a number of questions. Although it was nerve-wreaking, I managed to break the ice by talking about food, travel and football with my limited Turkish language. They appreciated my effort and several of them opened up a little bit, while others searched our bags and started writing a police report.

To my surprise, a couple of policemen wanted the literature for themselves and took them. One even came by the window to receive it from outside the building! Another policeman carefully placed a copy of Incil on the office book shelf.

Then a detailed interrogation began, and I gave an answer to each question.

Q: “Why are you guys here? This is not a tourist area and hardly no tourist come this way.”

A: “We love Turkey and are looking for more authentic Turkish experience to meet with locals, so that’s why we travel to the road less travelled.”

Q: “Why did you give Christian literature in our town?”

A: “The lady at the shop showed us hospitality so we gave a gift in return to bless her. Then neighbours asked whether they can have one too, so we gave more of them.”

Q: “Are you guys selling this literature for profit?”

A: “Absolutely not. It was given as a gift without charge.”

In answering these questions, I simply gave sincere and factual answers. I did not try to defend my rights; neither did I remind them that I did nothing wrong. A gentle answer turns away wrath, but a harsh word stirs up anger (Proverbs 15:1).

After hearing all the responses, the interrogator concluded our case with this remark: “OK. You are free to go now. But do not give any more literature here during your stay.” Then I asked him whether it is still okay to give other gifts like chocolates, sweets and household items to people. The answer was a conditional yes - only if people want them. I responded, “OK. We will keep in mind.”

We walked out of the police station without having to sign any documents of declaration. Not a hair on our heads was lost and we even managed to take a picture with the policemen before leaving!

In the evening, we played football with children and youth in town. Although we were outclassed due to our age and skills, everyone willingly mingled and had fun together. Afterwards, we bless them with gift packs containing chocolates, energy bars, sweets, snacks and drinks. We kept our word and didn’t distribute any more literature. By doing so, we showed our genuine love and respect for the people there.

In Acts chapter 21 verses 17-26, Paul willingly submitted to Jewish custom to show that he was not working against the council’s decision and that he was still Jewish in his lifestyle. Sometimes we need to go the second mile to avoid offending others, especially when doing so would actually hinder God’s work, rather than promoting it.

Next day, we bumped into one of the policemen at a local park. He seemed quite pleased to see us again. I was surprised at how he gently put his hand over my shoulder the whole time he talked to us. Might it be that something we said or did have touched his heart? He wished us well for our onward journey. We said our goodbyes and parted ways.

Turkey is home to many significant landmarks of early Christianity (as well as ANZAC Cove). Apostle Paul’s three missionary journeys as recorded in the Bible were all centred around ancient Turkey. While Turkey is generally very welcoming to Christian tourists, it is sometimes unwelcoming to Christian workers, especially those who share the Gospel in more conservative areas.

The land that once was the cradle of early Christianity is now a country where less than 1 percent of the population is identified as Christians. Despite this shift in history, we know that God does not show favouritism but accepts from every nation the one who fears Him and does what is right (Acts chapter 10 verses 34-35).

I believe that saving faith in Christ is the greatest gift anyone can ever receive in this life. If Jesus Christ indeed took away the sins of the world, then there is no sacrifice too great to make Him known to people He loves. After all, Jesus Himself said: “Blessed are those who are persecuted for righteousness' sake, for theirs is the kingdom of heaven” (Matthew chapter 5 verse 10).