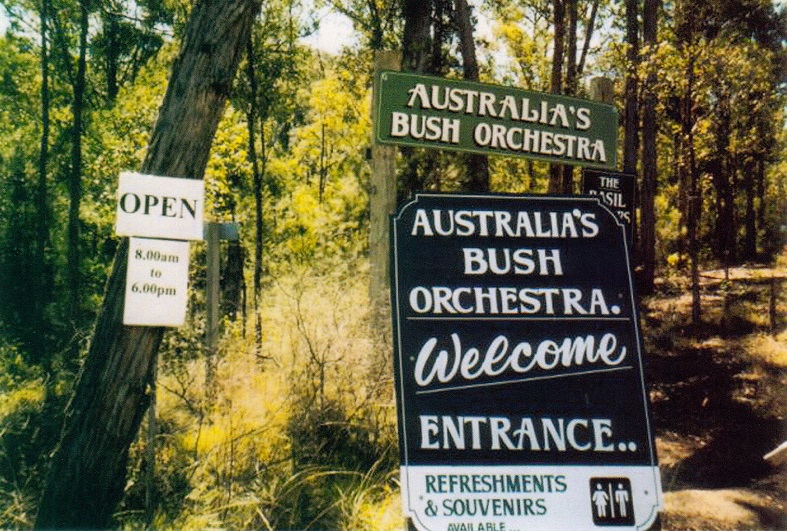 Australia's Bush Orchestra was a tourism ministry located in Moruya on the NSW south coast which ran from 1996 through to 2006.

One side of the Moruya 10 acre allotment was Basil Sellers House, the respite lodge for the elite athletes of the Australian Institute of Sport in Canberra, a 2 hour trip.

With the bell minors (bellbirds) singing from sun-up to sun-down in this ironbark forest, provided an ideal pleasurable tourism walk with plaques of great evangelists through the ages.

The Eurobodalla Shire Council provided every support and encouragement as they were very keen to see tourism enterprisers develop not only in Batemans Bay and Narooma, also in Moruya.

This 15 year old short video we utilised to show visitors, and then at men's breakfasts and dinners, congregations and youth groups on our Country Town Tours. Dean Davis Productions was the brilliant producer (Dean was the Brisbane Lyons Chaplain at that time).