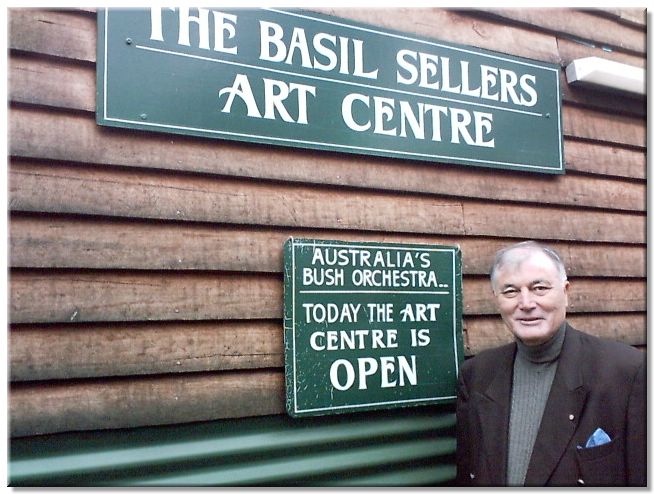 It was constructed as part of Australia's Bush Orchestra, a combined tourism and art ministry located in Moruya on the NSW south coast.

Mr Basil Sellers donated a $10,000 (now $15,000) art prize for the Moruya artist community in 2004 and the following year the Eurobodalla Shire Council took over the Basil Sellers Art Prize and broadened it to five local Shires.

I had fallen ill in 1999 and to recuperate I took up art and as a direct result Mr Basil Sellers supported my idea of an art centre for the Moruya community. It took three years to construct this art centre.

This 14 year old short video we utilised to show visitors, and then at men's breakfasts and dinners, and youth groups on our Country Town Tours. Dean Davis Productions was the producer (Dean was the Brisbane Lyons Chaplain at that time).