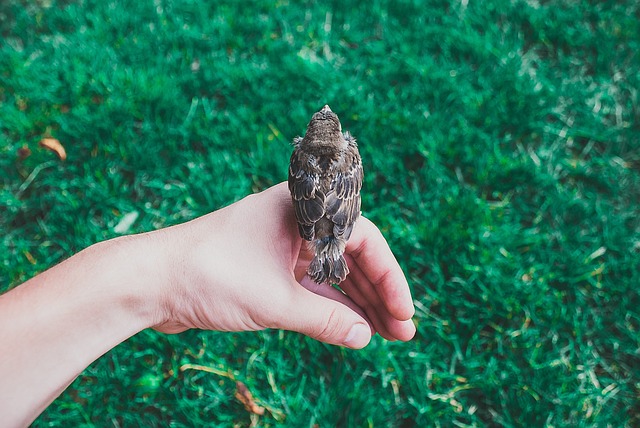 I read a story with the headline ‘Black Man Grabs White Guy By the Arm.” That is how it started. The story written by Alisha Rich told of a woman named Paula, who visited a US shopping mall. The lady spotted a young colored man approach an older fellow who stood at the top of an escalator.

The blackman, later identified as Alonzo Johnson grabbed the 83 year-old's arm. What happened next stunned everyone. “Can I help you on, sir?” Alonzo asked. The younger man had noticed the elderly chap was frozen in fear. He was paralyzed contemplating the escalator step he needed to take.

Alonzo took the initiative and rode the elevator with the man, arm in arm.

Paula witnessed the whole event. Headlines at that time, were all about hate, racism, and anger. Alonzo defied the trend.

Paula felt a warmth in her heart and a new lightness of step. When the two men departed she reflected on what emotions they also felt and her heart smiled. (Mad World News, June 24, 2017)

A few weeks ago actor Johnny Depp spoke at the Glastonbury Festival, London. He told the crowd it had ‘been a while’ since an actor assassinated a president. He joined a list of Hollywood elite who want President Trump murdered. “President Trump has condemned violence in all forms and it’s sad that others like Johnny Depp have not followed his lead,” said White House spokeswoman Sarah Huckabee Sanders.

It would be so easy to lump all actors into the same sick basket. But then Hugh Grant defied such labeling. He stepped forward to honour Alfred Barlow, 95. Barlow is blind and a WW2 veteran. He lost four medals during his annual trip to Normandy to honour the June 6 anniversary.

Barlow was very distressed. He had his heart set on handing his medals to his grandson. The medals included a 1939-1945 France and Germany Star, the 1939-1945 War Medal and the Palestine Medal. Hugh Grant heard of the situation and personally offered a reward for their return, ‘no questions asked’. The Blind Veterans Association is handling the enquiries.

A homeless man, Billy Ray Harris returned an expensive wedding ring to its owner, after the lady Sarah Darling accidentally dropped it into his collecting cup. Sarah was so thankful she shared her gratitude on social media. The story captivated many. Over $180,000 in donations came in. Mr Harris was overwhelmed. His honesty and the public generosity led to a reunion with his family he had not seen in 16 years.

In a Merchant in Venice, Shakespeare wrote: ‘How far that little candle throws its beams! So shines a good deed in a weary world.”

Now more recently author Shaun Hick said: “It's sad that in a world of billions, people can still feel isolated and alone. Sometimes all it takes to brighten up someone's day is a smile or kind word, or the generous actions of a complete stranger. Small things, the tiny details, these are the things that matter in life — the little glint in the eye, curve of a lip, nod of a head, wave of a hand — such minuscule movements have huge ripple effects.”

How can we contribute to the ripple? When was the last time we gave someone a compliment? Coaches are aware athletes train better when they are encouraged.  I am certain children learn better with encouragement too.

Lighten conversation with a joke or humorous anecdote. The Bible endorses laughter. “A merry heart does good, like medicine, but a broken spirit dries the bones.” (Proverbs chapter 17, verse 22)

The writer of Proverbs said: ‘The cheerful of heart has a continual feast.” (Proverbs chapter 15, verse 15)

During my most memorable childhood years we lived in the NSW southern tablelands town, Bundanoon. I fractured my skull in the first few days we lived there. The community response was amazing. We knew only a few people. We were strangers. As soon as my accident happened, our neighbours sprang to action. Food was supplied. Support flowed generously. I am convinced that this was the time my own confidence was born. My trust in others blossomed. Throughout our challenge, the local church prayed and that simple act of faith inspired my life.

The Apostle Paul wrote to the church in Galatia: “Let us not grow weary of doing good, for in due season, we will reap, if we don’t give up.” (Galatians chapter 6, verse 9)

I have a life verse. It has given me great guidance. “Religion that is pure and undefiled before God, the Father is this: to visit widows and orphans in their affliction, and to keep oneself unstained from the world.” (James chapter 1, verse 27)

My own understanding of these words reflects on the time when James wrote them. I have meditated on the apostles who died violently and the Christians who were martyred. James to me, encourages his Christian brothers and sisters to visit ‘the widows and orphans.’ Sustain them by fellowship and encouragement. I have little time for pious religion. The Jesus kind of faith is all about relationship. It is positive, comforting and uplifting.

How can we contribute in the most effective way?