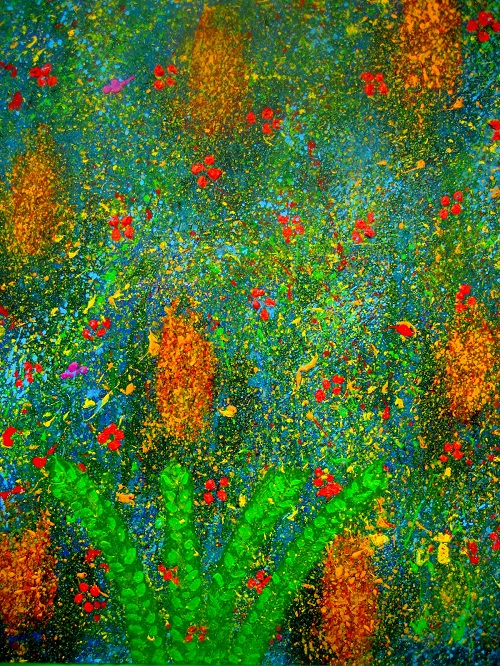 I paint pictures for recreation and ministry as part of my personal respite plan, and I often represent the natural environment.

This is my article, revised from an article first published in May 2014. Botanical and zoological art and other scientific illustration has a long and distinguished history, where the painter deliberately shows details in ways that are impossible with a camera. For example, plants can be shown with seeds, fruits and flowers all at once and animals can be shown in different attitudes, and their skeletons can be drawn alongside the picture of the living animal.

Artists have travelled on explorations to “places unknown” such as on The HMS Beagle (on which Darwin travelled) and with Captain James Cook on his various voyages.  They were employed to draw and catalogue the different types of animals, plants and geological features of newly-explored places.  Naturalists such as Gould in Australia and Audubon in America later documented the birds in their “new” continents. These are just a few of very many examples of art-in-nature. http://en.wikipedia.org/wiki/Botanical_illustration  and

More imaginative art is also sometimes inspired by science.  There are double-helix staircases and sculptures inspired by DNA, and paintings and photographs inspired by microscopic visions of cells or spider webs or anything else in nature.  Sometimes, artists and scientists work together for their mutual benefit and to enhance general understanding of both science and art. http://www.youramazingbrain.org/supersenses/art.htm

But this article is about something a bit different – it is about gifted painters who painted what was really in front of them, without realising the scientific importance of what they depicted on their canvases.

Exodus 35:35 (ESV) “He has filled them with skill to do every sort of work done by an engraver or by a designer or by an embroiderer in blue and purple and scarlet yarns and fine twined linen, or by a weaver—by any sort of workman or skilled designer.” 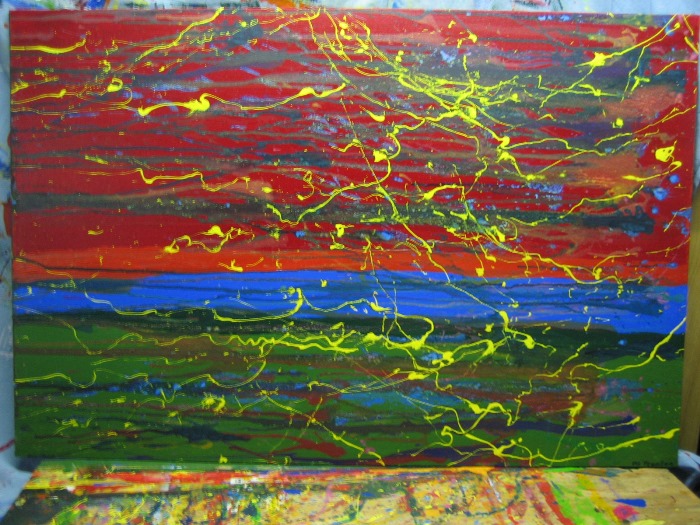 Observations of past environmental problems.

I was  intrigued to read recently that the English lanscape artist William Turner painted the effects of pollution from the volcano Tambora (1815), which produced the disastrous  “year without a summer” all over the world.  This eruption also initiated sunset colours that were more vibrant than usual for several years. These colours were correlated with known sulfate emissions at the time, analysed from ice samples where they were trapped, and were determined to be due to the pollution.

Physicists from the Academy of Athens have analysed these colours of  Turner's and dozens of other paintings from 1500 through to 2000, and they hope this will help to understand how aerosols (natural and man-made) have affected the atmosphere in the past, therefore improve atmospheric models and predictions for the future. 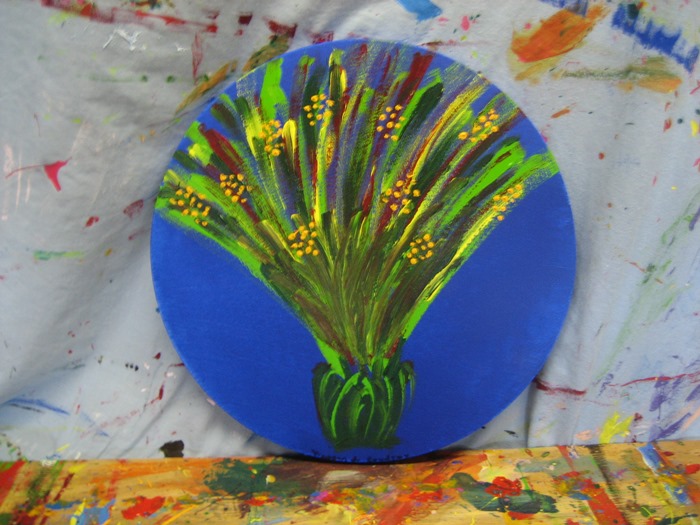 There are lots of examples where doctors have looked at old paintings and diagnosed  various diseases.  Staff at one medical school in England actually take the students around the art gallery and ask them to see if they can pick which people in the paintings have which ailments; their forensic skills even detected a murder!  http://www.theguardian.com/artanddesign/2011/sep/11/medicine-clues-doctors-art-paintings

The most well-known cases, however, are depictions of (possible?) different stages of breast cancer in some of the voluptuous models of Renoir, Rembrandt and Raphael; but there are many other examples.  Even the Mona Lisa has not been exempt from study, with some medical experts thinking she has high cholesterol and fatty deposits around her face.  These medical observations are important to show whether some diseases are 'modern' or have been around in human society for longer than doctors first thought.

As the Industrial Revolution morphed into the technological development and new types of building in the cities of the 20th Century, some artists painted their fascination with the changes going on around them.  Grace Cossington-Smith was mesmerised by the construction of the Sydney Harbour Bridge. Her series of pictures show some details and history of development that no photograph of the time could portray as accurately. Two of the pictures can be seen at: http://www.ngv.vic.gov.au/col/work/3007 , and  http://www.artgallery.nsw.gov.au/galleries/australian/featured-works/cossington-smith/

Cossington-Smith was following a long tradition (dating at least from the Middle Ages) of depicting cityscapes and machinery.   Scientifically, as well as historically, these paintings can show future generations not only what type of technology was used in the past, but how and when changes were intitated.  http://www.theartwolf.com/articles/cityscape-painting.htm 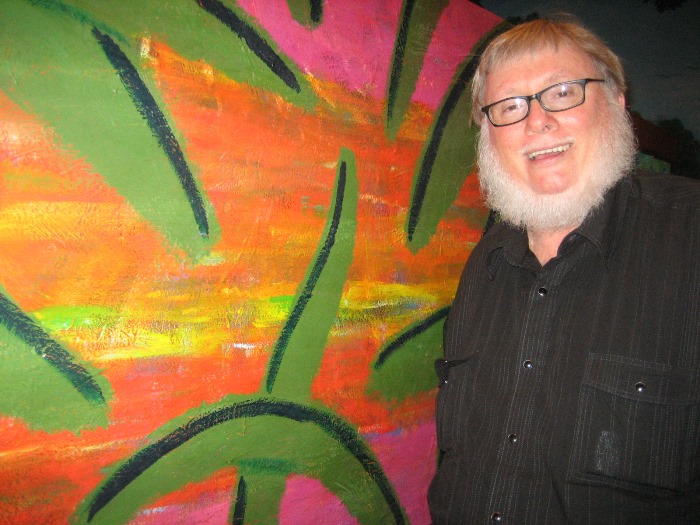 Children's drawings may show more than they can describe in words

In an opinion piece on “The Conversation” website, an education researcher from the University of Canberra commented that children can draw ideas before they can write them down. She suggests that their pictures should be taken more seriously because they may portray something in the child's life that others have not noticed. Talking about it with the children may help them explain their observations in words or stories. She then extends this idea to encourage us all to draw something, or even just sketch a mind-map, before we commit our thoughts to paper.  Who knows what we may reveal, that we hadn't thought about in words!

It is said that a picture can convey a thousand words – but when finding pictures to illustrating stories, it is important to think carefully about totally substituting too many pictures for “not enough” words.  Some very recent studies indicate that, for children, more than one illustration per page can hinder the children learning enough words to develop their vocabulary.

My science advisers say that something similar can happen in scientific texts and websites – too many gratuitious pictures that do not really help to explain the concept!  Possibly a case of too much of a good thing, now that pictures are so easy to come by on our all-pervasive internet.

I am happy to stick with my hands and my brushes and paints, and paint what I feel and see. Wouldn't it be a great legacy of my own Mission if someone in the future could find something of scientific value in one of my paintings, that I never knew was there! 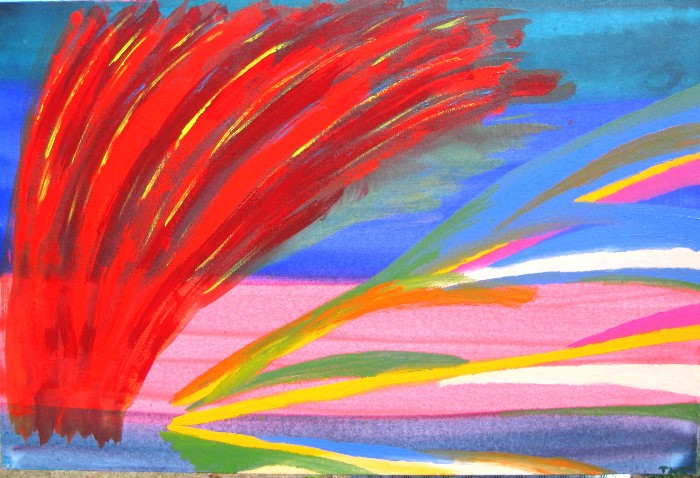