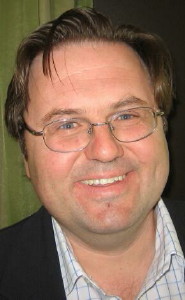 This is another of those wonderful interviews for the Australian Missionary News IPTV, this one is Andrew West, originally with the Sydney Morning Herald, now the Religion and Ethics Report on the ABC Radio National.

This video interview was taken prior to Andrew joining the ABC for the Religion and Ethics Report. Andrew sometimes fills in for Philip Adam Late Night Live and AM.