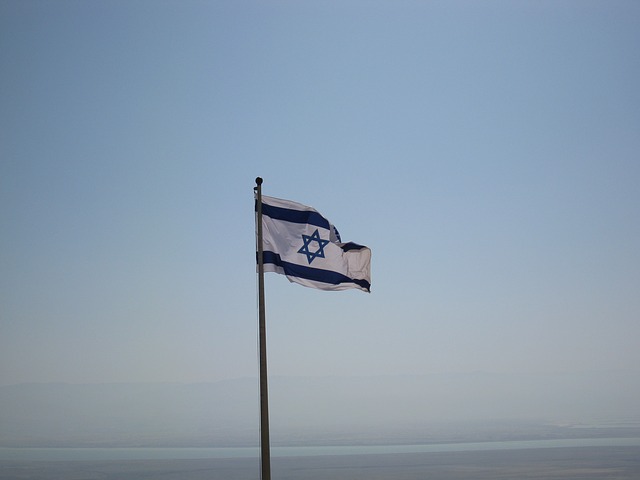 When was the last time you heard of 167 US congress members agreeing on one thing. Republicans, democrats and Jewish community leaders have combined to call for the White House to appoint an envoy on anti-Semitism.

Attacks and threats on Jews have escalated in America and around the world and the congress members called for specific action. “We view US leadership on combating anti-Semitism and promoting human rights as pivotal components of American diplomacy and foreign policy,’ the bipartisan letter read. “The Office of Special Envoy enables the US to show the world its commitment to these ideals, particularly at a time when anti-Semitism is dangerously on the rise,” they wrote.

The Anti-Defamation League (ADL) have a clear definition of anti-Semitism: “The belief or behavior hostile toward Jews just because they are Jewish. It may take the form of religious teachings that proclaim the inferiority of Jews, for instance, or political efforts to isolate, oppress, or otherwise injure them. It may also include prejudiced or stereotyped views about Jews.”

Last March, the Israeli parliament, the Knesset, held an emergency debate to discuss anti-Semitism in the U.S. “For many years there was a sense that the United States was the safest place for people of all religions and ethnic groups, a place with tolerance for any religion or race. Unfortunately, this has changed 180 degrees,” Knesset committee chairman MK Avraham Neguise (Likud) said.

And in Europe? According to a report presented to the Israeli government earlier in January (2016), anti-Semitism in Europe has reached its highest levels in decades. More than half of French Jews are considering emigrating, while the number of incidents targeting Jews in London rose by 61% in 2015 (483 in the 12-month period to November 2015, up from 299 in the same period in 2014), according to the International Business Times (ibtimes.co.uk)

In the UK far right activist Jeremy Bedford-Turner has ignited debate for more than a year. In a July 2015 speech he said, “…all politicians are nothing but a bunch of puppets dancing to a Jewish tune, and the ruling regimes in the West for the last one hundred years have danced to the same tune.”

“ Evoking medieval libels which claimed that Jews drank the blood of non-Jewish children, Bedford-Turner told his followers, of whom one third were from the violent extreme-right National Rebirth of Poland group, that the French Revolution and both World Wars were massacres perpetrated by Jews. He concluded that England was “merry” during the period of the expulsion of Jews from England and demanded: “Let’s free England from Jewish control.” (March 8, 2017, jwire.com.au)

ADL traces anti-Semitism directly to Christian influence. On the ADL home page they say: “The rise of Christianity greatly increased hatred of Jews. They became seen not merely as outsiders but as a people who rejected Jesus and crucified him — despite the fact that the Roman authorities ordered and carried out the crucifixion. By the high middle ages (11th-14th centuries), Jews were widely persecuted as barely human "Christ-killers" and "Devils."

Forced to live in all-Jewish ghettos, they were accused of poisoning rivers and wells during times of disease. Some were tortured and executed for supposedly abducting and killing Christian children to drink their blood or to use it in baking matzoh — a charge known as the ‘blood libel.’” (adl.org) And there is much more.

To trace the death of Jesus to any human is a long stretch. Jesus chose to lay down His own life. Without His death and resurrection we would all be lost. His sacrifice for sin was His amazing plan. Thankfully millions of Christians hold Israel as a special place in their hearts. Jesus chose to be a Jewish man, so we respect and honour them as His physical family.

We should know the Bible says: “By this we know love, that he laid down his life for us, and we ought to lay down our lives for the brothers.” (1 John chapter 3, verse 16)

Bulgarian-Israeli lawyer Moshe Aloni is building a campaign to submit the Bulgarian Independent Orthodox Church for the Nobel Peace Prize. He proclaimed ‘brave acts of heroism’ by church clergy and community during the holocaust. Openly the church protested anti-Semitic laws in World War II.

At every turn they resisted the deportation of 48,000 Bulgarian Jews to Nazi death camps. His petition makes specific mention of two clergymen – Metropolitan (Bishop) Stephan, the highest ranking Bulgarian church official during the holocaust, and Metropolitan Kiril, head of the Church in the Bulgarian city of Plovdiv.

These two men were named ‘Righteous among the Living’ at Yad Vashem Holocaust Memorial, Jerusalem in 2001. According to Yad Vashem records Kiril sent a personal telegram to the King pleading mercy for the Jews. He threatened to end his loyalty to Bulgaria and to act independently if necessary. He said he was prepared to lay across the railway tracks in order to stop the deportation.

“Due to the heroic acts of these two prominent leaders and their willingness to speak up and take action, the deportation of the Jews of Bulgaria was postponed again and again until it was finally cancelled with the end of the war,” wrote Aloni in his letter to the Nobel Committee.

When I read about Rev Kiril, I went back to 1 John chapter 3, verse 16 and was challenged.