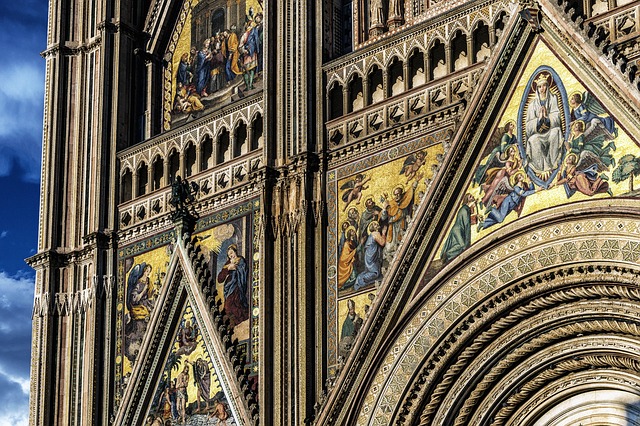 Some time ago I led a two week bible study. I wrestled with what to study and it dawned on me, why not do study the book of Psalms? I made this decision based on what the Psalms mean and have meant to me. They have been a source of encouragement for me throughout the years.

When I read them, I could relate to the issues being expressed and I could feel hope in seeing those things being overcome. It is because of this that they resonate with me. For the particular study on the Psalms, I decided to do some background research on them. What I discovered may be old news to some, but it was new to me and I will use it to frame the essence of my article.

The Book of Psalms was referred to by the Jews as The Book of Praises. The Septuagint (the Greek version of the Old Testament) called this collection of praises “The Book of Psalms” in reference to songs written to stringed instruments. Either way, this was the hymnal of the Jews.

There were times I would read the Psalms like any other passage of scripture without remembering that they were songs, that they were words of lamentation, thanksgiving, wisdom and also words about Jesus, the Messiah. Through the use of songs the psalmists were able to communicate rich truths, wisdom and facts of history to the people of God about God himself. The poignancy of the Psalms rests in the fact that it is a close look at a catalogue of personal hurts, woes and triumphs.

Because of this and the respective contexts in which they were written, most, if not all men, including myself can relate to these words. All men at one time or another have been acquainted with grief, happiness and anger with the desire for vindication for the wrongs that have befallen them.

When I read the Psalms I could see myself in the different circumstances the psalmist spoke of and I could especially relate to the visceral responses of the psalmist. Through my study of the Psalms, my emotions have been guided a bit more intentionally. Further in this discussion I will clarify how this has occurred.

This experience mentioned above is not true only of the Psalms, but other expressions of art, especially music; by art I simply mean the expression of human creativity and imagination which would typically be visual. The aforementioned media of art affects people in a way that is similar to how the Psalms have affected many of us. For decades art has promulgated different ideas and expressed truth claims.

For us to understand the importance of art and the messages it sends, it is necessary for us to examine how art influences. After discussing this, I will explain how I believe artistic expressions can be beneficial.

In The Confessions of St. Augustine, St. Augustine commented on the impact of art through his experience of the theatre in Carthage. He states “The theatre enchanted me, with its images of my own miseries. Its plays added fuel to my fire. What makes someone want to be made sad? Why behold doleful tragedies, vicariously experiencing what does not have to be suffered?”

Art holds a mirror up to humanity, whether it is songs, dramatic expressions or visual art. It is far reaching and carries a universal appeal because of universal human emotions. Art is a medium that replicates the various circumstances and scenarios that are apart of the human condition, and often expresses what others are feeling and experiencing in an affirming or prescriptive manner. It influences because there is a vicarious element to it; people can almost explicitly visualise ideas that are precious to them and celebrate not just the beauty of the artistic expression, but the affirmation of the common human experience.

Art, in its various forms, also shows us that man responds viscerally just as much as intellectually. In other words, we feel and it affirms that aspect of our humanity by facilitating our emotions. Art can also be instructive or prescriptive and by extension serve as a means a voice or platform to circulate truth claims or a worldview.

Francis Schaeffer’s Art and the Bible explains that “Some artists may not know that they are consciously showing forth a worldview. Nonetheless, a worldview usually does show through”. By worldview I simply mean a lens through which we view, explain and interpret the world and by extension apply it to our lives. Two examples of worldviews are Christianity and Postmodernism.

Art with virtue and value

We know that art with each of its faces is extremely. It has been highly influential for centuries. What it has also been is a shaper of minds and even one’s culture. Art, I believe, should affirm human emotion. I believe it should not be relativistic in what it affirms An expressly stated truth claim which one adheres to only under ideal circumstances fails in the long run to be consistently beneficial to the individual and the society.

We don’t give room for every idea to be lived out. If we allow for that to happen, we will have a generation that believes that it can do anything it desires to do without being called to account. Calling someone to account implies a universal standard that we must all subscribe to, otherwise, anyone is free to do as what he or she wishes.

Simply put, not all beliefs should be given legitimacy through art. As much as there is creativity, one should also be responsible for what one creates. For example, some artists express issues of sexuality and societal grouses in such a manner that conveys a message that how one acts on the above mentioned issues, is totally up to the individual member of their audience. This idea is hardly ever true, because we have a social responsibility to those we live with and those who will come after us and any course of action should have this mindset. What we have in the media space are artists do the above mentioned thing, through the use of sex to sell almost anything for example. By virtue of these activities, these artists also shape minds into thinking one’s sexual expression is the crowning glory of humanity.

On the subject of one’s feelings and how much legitimacy should be given to them, C.S. Lewis had this to say in his book The Abolition of Man “St. Augustine defines virtue as ordo amoris, the ordinate condition of the affections in which every object is accorded that kind of degree of love which is appropriate to it”.

In other words it is good to feel, but not every feeling is legitimate and, dare I say, right. Not every course of action we feel like doing or every thought we feel like expressing is appropriate. We must never take it for granted that all artistic expressions are good.

Francis Schaeffer comments along this line saying “Not every creation is great art. Nor is all that man makes good either intellectually or morally. So, while creativity is a good thing in itself, it does not mean that everything that comes out of man’s creativity is good. For while man was made in the image of God, he is fallen”.

The above quote implies that some things that men create are good, now how does one distinguish? We do so through a moral standard that is able to sift and classify. As Christians we give that place to the word of God. That being said, there is a responsibility that artists have. It is to affirm right expression as it excites the human emotions through art. C.S Lewis states “The aim of education is to make the pupil like and dislike what he ought”.

Obviously the statement is directed to a teacher, but I believe the artist bears a similar kind of responsibility. Man has the ability to create which makes him unique from all of God’s other creation. We show by virtue of this ability that we are still his image bearers. Even though man has fallen, God’s imprint has not been eviscerated. What it also shows is that man has a point of accountability and that being god-like, man does not have autonomous freedom, he is accountable to God and bears responsibility for his resources and what he does with them.

An actor who plays a role depicting a character he or she may frown upon in reality Or a musician who has a stage persona that is completely contrary to the person her or she is off the stage, or even singing about a lifestyle he or she would never live. What these people do is display one life while living another. There needs to be a consistency between the expression of the art and what the artist believes.

An audience must challenge the views of life and reality through the lens of the artist, and the artist must not present a belief that’s untrue as he interacts with impressionable minds and hearts that he or she is about to make an indelible impression on. Too many times have we seen both sides do the wrong thing. The audience gives complete truth-telling responsibility truth to the artist and the artist absolves him or herself from any sense of responsibility of in being truthful to their audience.

Once a truth claim is made there is a responsibility to make sure that it is a reflection of reality as God sees it. I am not as a Christian dulling down art, it is a beautiful thing, a medium that visually leads us to worship and wonder. What I call ask is for us to be responsible as we express art to those of us who remain vicariously engaged.