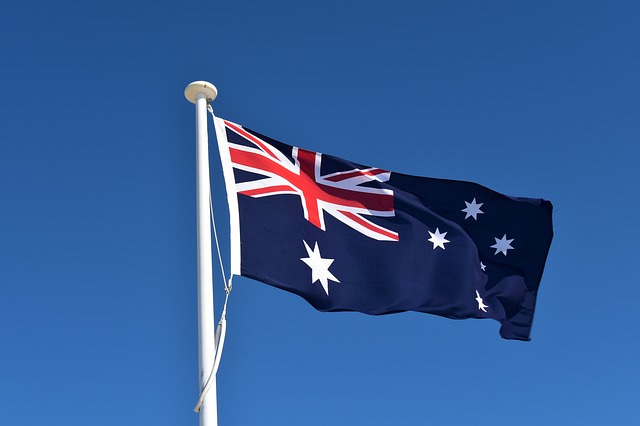 Could the Gold Coast Commonwealth Games be the last for Australia?  The talk of Australia becoming a Republic is gathering pace. Both major political leaders favor the change.

Prime Minister Malcolm Turnbull who openly champions the Republic agenda, led the ‘yes’ campaign in 1999.  Last July the ALP leader Bill Shorten spoke in Melbourne at an event hosted by the Australian Republic Movement (ARM).  ‘We will put forward a simple, a straight forward ‘yes or no’ question to the Australian people. One question! ‘Do you support an Australian republic with an Australian head of state?’ Mr Shorten said.

Labor Senator Katy Gallagher referring to ARM said: "Public support is now overwhelmingly in favour of a republic and we’re here to represent that in the Federal Parliament. This group will be a vehicle to drive the republic forward in the Parliament and to continue to garner support in the community."

There is growing speculation Queen Elizabeth may abdicate within three years. Prince Phillip, the Duke of Edinburgh stepped down from royal duties aged 95. The Queen is 91 and observers speculate she will also ‘retire’ soon. If that situation eventuates she will ask for the Regency Act to be enforced, which means Charles will be Prince Regent.

There is no question Queen Elizabeth is a very popular monarch. It is unlikely Charles and his wife Camilla will maintain that high regard.

A former member of the Royal household told Metro News: ‘Her Majesty is mindful of her age and wants to make sure when the time comes, the transition of the Crown is seamless.  I understand the Queen has given the matter considerable thought and believes that, if she is still alive at 95, she will seriously consider passing the reign to Charles.’

In recent years there has been the suggestion the ancient coronation service in London is also about to be changed.  I doubt whether significant changes will occur while the queen is alive, but we could see dramatic change when Charles is king.

The increasing diversity of faith in England and the Commonwealth is offered as the main reason for change.  Instead of Anglican bishops dominating the House of Lords, members of various faiths are to be considered.

Apparently the seriousness of this situation has been considered for some time. When Queen Elizabeth opened the Church of England’s 10th General Synod in 2015 she warned, the Church ‘will have to grapple with difficult issues.’

Queen Elizabeth and all the monarchs before her, embraced symbols of anointing and crowning as described in the Bible referring to King Saul (1 Samuel chapter 12).

The coronation service has taken place at Westminster Abbey for the past 900 years.  The choir begins the service with an anthem from Psalm 122.  A Bible is presented to the Sovereign as ‘the most valuable thing that this world affords’.

The Sovereign is blessed and consecrated in a service conducted by the Archbishop of Canterbury. Holy communion begins with Psalm 84.  Queen Elizabeth, like all the monarchs before her, was anointed with oil. She was asked; “Will you to the utmost of your power maintain the laws of God and the true profession of the Gospel?” After the complete question she replied, “I will!”

If Charles chooses to be ‘defender of faiths’ he would find such an oath, impossible.

Here in Australia we will have a day of decision.

Our commonwealth is traced back to the Constitution of Australia Bill, passed by the Imperial (British) Parliament, July 5, 1900. Queen Victoria declared the Commonwealth of Australia would begin January 1, 1901, the first day of the 20th century.

Sir Henry Parkes, known as ‘the father of Australia’s federation’ wrote: “We are pre-eminently a Christian people – as our laws, our whole system of jurisprudence, our Constitution… are based upon and interwoven with our Christian belief.” (SMH August 26, 1885) Sir John Downer, a coauthor of the Australian constitution said: “The commonwealth of Australia will be, from its first stage, a Christian commonwealth.”

I recently read a thesis that supported the continuation of the constitutional monarchy for Australia. The argument suggested that those who proclaim the republic position have yet to provide specifics. What would the Australian republic look like? What would be the basis for our economy, education, culture? The Monarchy has the Bible, what would be the guide-book or standard for a republic?

I found a youth perspective on the debate very encouraging. The author Jai Martinkovitz said: “our oldest constitutional and legal institution is secure well into the 22nd century under the reigns not only of Queen Elizabeth II, King Charles III, King William V, and King George VII, but with King Harry and Queen Charlotte in reserve. In addition, I believe young Australians would be especially content with Prince Harry as Governor-General.

So just maybe our Commonwealth Games participation will continue. It is a debate Australia will have and very soon.