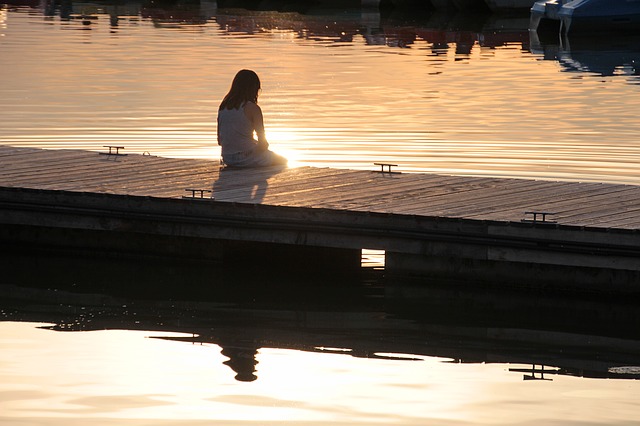 This verse brings comfort in times of restlessness when circumstances are out of our control.

Let's look at this verse with fresh eyes. When this verse is read aloud, usually it is only the first half of the verse that is quoted. However, the verse is a sentence from the LORD's mouth so why would one cut him off half sentence?

And in the stillness of that moment, I knew that God was God and was exalted over all nations that very moment. God was glorified throughout the world in all sorts of locations. Down alley ways, on river beds, high up in the trees – God was exalted and sovereign.

At times, we can become frantic in getting God’s work done. We can be stressed, anxious, worried that we aren’t doing enough and the kingdom isn’t growing fast enough. We become focused on what our hands and feet are doing, rather than focusing on what God’s hands and feet are doing. We neglect to work on our heart’s stillness and become restless in our works.

And we forget. We forget that God is in control. God is reigning and supreme. God has won the battle. God is Lord of all. God is working out all things for the good of those who love him. God is bringing people into His kingdom. God is saving souls. God is being worshipped. God is exalted and sits enthroned over the earth.

This was an important realization for me as I began to rejoice in God’s sovereignty and control! We can leave it to him to preserve his glory and honor. God is more than capable at fulfilling his own desires and supporting His interests for His world.

I began to sink into such a beautiful promise and truth that God reigns in my stillness. That me frantically serving till I burn out isn’t necessary but reflecting on God’s exaltation is what is. Without being still, I wouldn’t have the chance to look up at His marvelous sky that sits over all nations and displays his powerful hand.

Perhaps you’ve had still moments where you’ve seen his exaltation over the nations. My father had one not long ago which leads me to my next point: that although we are commanded to be still, we are also commanded to do. I think that after reflecting on God’s glory we are more able to move into the doing.

My father travelled to a country in Western Asia, a nation full of unreached people groups. On one occasion he was on top of a hill, looking out at a city of one million people where there were only 6 known believers. In this moment, my father began to grow in concern over the city.

Imagine yourself, looking over a city like Jericho with only a minuscule handful of faithful followers including Rahab. One would be so broken and sorrowful. One would want to stand in the middle of the city and cry aloud, “Turn to God, who deserves all honor, glory and exaltation!”

Perhaps one could do that. However, I am sitting here whilst so many of these nations exist. So many people groups have no knowledge of Jesus and yet God reigns over the earth. So, what are you doing Lord? Why aren’t people turning to you? Why aren’t you being worshipped?

I often wrestle with God over such questions. However, I am on top of the hill, standing next to my father looking out at a nation where believers are worshipping, yet there is such a need. Therefore, here is my next point. We can move from sitting and resting in knowing Him as an exalted God to moving into service so we can see him exalted in the future.

We need to walk down from the hill, into lost cities to see the Lord being exalted. But never forget the importance of being still and watching his glory unfold. Live in stillness and know his hands do the work.

Renee Jenner resides in Sydney, Australia and is currently in her third year of studying Social Work. She is the first born of home-base missionary parents whose ministry has made a huge impression on her heart. She always writes from the soul to the soul, desiring to encourage readers to enjoy God, relax in His goodness and spread His love to the utmost parts of the earth. She loves a good cuppa with a deep, thoughtful conversation. You can find her other writings at renee.jenner.wordpress.com

Renne Jenner’s previous articles may be viewed at http://www.pressserviceinternational.org/renee-jenner.html