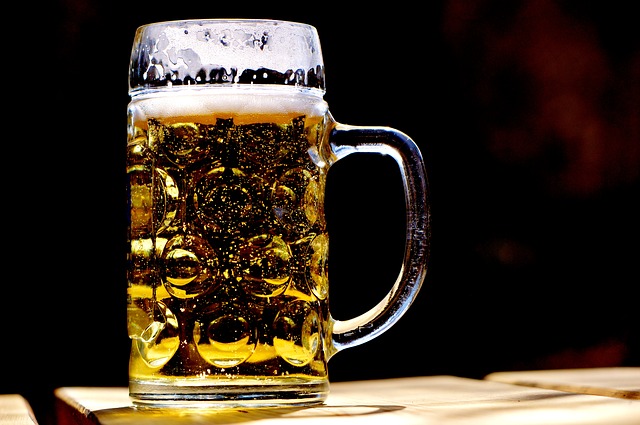 I recently turned eighteen which means apparently I can now legally go out drinking. To society this is how we celebrate coming of age or in my case, officially becoming a man—as if your first drinks define your manliness and put the hairs on your chest.

On the lead up to my 18th, the most common phrase that I heard was: “You get to have your first drink soon!”  As exciting as this may sound, it’s a bit concerning that the celebration of becoming an adult has almost been replaced with the celebration of drinking alcohol. Is that what becoming a man means? Now that I was turning 18, was I expected to start drinking and night clubbing? And was that what I actually wanted to do?

Now, I'm not saying that alcohol is bad, only without moderation, but glorifying it in this kind of way is bound to have consequences. Among the many reasons that teenagers may drink, the most common is peer pressure, which basically begins with thinking that alcohol is cool.

As children, we expressed little resistance to temptation, like when you were five and ate the entire bowl of lollies at your friend’s birthday party, even though your mum said not to have too many because it would make you sick. It seems that manliness or adulthood in general is often defined by how many drinks you can take, which, strangely enough, shows the same lack of self control we demonstrated as children.

To resist or not resist—that is the question

The power of alcohol does not exist only through intoxication but through temptation and peer pressure. In other words, the more a big deal is made about drinking, the bigger a hold it has over you and the less control you have over it. Just like Ephesians chapter 4 verse 27 says: ‘And do not give the devil a foothold,’ we are told not to let things take a hold of us, because the devil will take that foothold and turn it into a stronghold.

C.S. Lewis talks in his book Mere Christianity of the concept of temperance. Here he recommends neither abstaining from alcohol nor indulging in it, with this concept applying not only to alcohol but to a broad range of things.

‘Temperance referred not specially to drink, but to all pleasures; and it meant not abstaining, but going the right length and no further.’ -C.S. Lewis

So what is the right length? It may be different for each person and for some it may mean abstaining completely for different reasons.

Lewis says: “Of course it may be the duty of a particular Christian, or of any Christian, at a particular time, to abstain from strong drink, either because he is the sort of man who cannot drink at all without drinking too much, or because he is with people who are inclined to drunkenness and must not encourage them by drinking himself.”

But what does the Bible say?

Proverbs chapter 20 verse 1 says: ‘Wine is a mocker and beer a brawler; whoever is led astray by them is not wise.’

So I guess when we look at it, is becoming a man defined by how many drinks you can take or is it defined by what is good for us and for others?

What is it that God requires of us as we enter into adulthood? Micah chapter 6 verse 8 tells us the answer to this question: ‘He has shown you, O mortal, what is good. And what does the Lord require of you? To act justly and to love mercy and to walk humbly with your God.’

So I guess, if we look at what is considered important in becoming a man, alcohol doesn’t really deserve the attention it gets. Alcohol doesn’t make the man—God does.

Jesse Moore is a deep thinker who draws from the Bible and classical literature for insight into life’s tough questions. He is currently studying at university to become a film-maker.