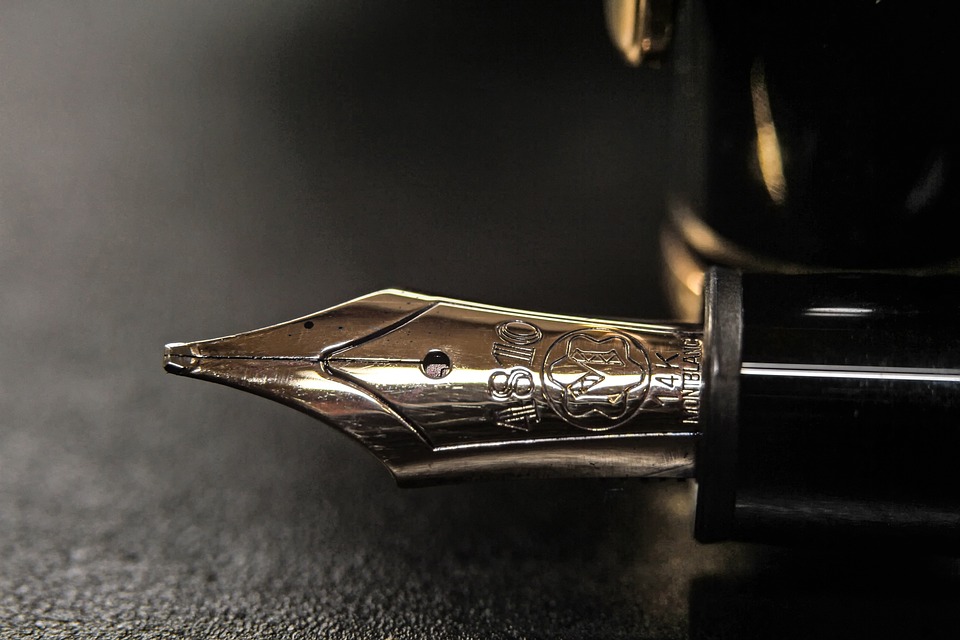 One of my favourite tools when it comes to writing is the fountain pen. There’s something about writing with such an exquisite instrument that makes you believe everything you write with it will be a work of pure genius.

So when I sat at my desk yesterday, to put pen to paper, and found that my fountain pen would not produce the ink I knew it stored (I’d literally just put in a new ink cartridge the day before). I was disheartened and annoyed.

I didn’t have time to figure out what was wrong with it in the moment, so I had to leave it there. Alone and forlorn.

Later, when I had a chance to ask my good friend Google why it had stopped working, I found myself being spiritually challenged by the answer that popped up at the top of the list.

“Quickly dip the whole section into the water in your hand and remove it. Cap the pen and carry it in your pocket for an hour or so before using. If the writing is light in colour, touch a facial tissue to the nib and feeder a few times to remove excess water or watery ink. Fountain pens like to be used regularly.”

Carry it in your pocket for an hour…

Think about the idea of having to carry the pen around in your pocket for an hour before using it.

In our microwave generation, this sounds like a lot of time before I can use something as silly as a pen. I mean, who wants to go into all that work, when there are so many others at our disposal?

The idea made me think of the parallel to the church being like sheep and how the shepherd (Jesus) will leave the entire flock for the one lost sheep.

I’ve heard that if a sheep was a consistent runner, the shepherd had to break their legs and carry them around while they healed. In that way, it forced the sheep to stay with the flock, but also meant an added weight to the shepherd’s shoulders.

This idea is pretty confronting. And I was tempted to water it down, but I think we, Christians, have done that too much already and we need to hear something that’s the whole truth. Otherwise, how will we really learn?

Sure, we can run to get another pen, but how much more satisfying is it to use one that will inspire us to be more creative?

Sure, we can water down the idea of a shepherd intentionally breaking the legs of a sheep, but will we really learn the lesson? Would the sheep learn to stay with the flock?

What an outrageous thought! Who would think of an inanimate object liking anything?

The whole reason my fountain pen stopped working, is because I hadn’t used it in about a month!

How true is this of the skills and talents we pursue? If we lay them aside for even a week, the skill and talent begins to rust and decay.

Again, I can’t help but think of the parable Jesus taught about the talents. He gave specific amounts to each person, but when he came back and found that one had buried theirs in the ground, he took it away and gave it to the first, who had increased what was given originally.

And again, this is a hard thing to hear. That Jesus is encouraging something to be taken away from someone who doesn’t use it.

When I was a little girl, people seemed to like my voice, so I sang at church and in the choir at school, but as soon as I graduated, something changed. I stopped seeking out places where I could grow in my talent and my voice began to reflect my disuse. It wasn’t until I put myself out there, stepped past my comfort zone and joined the Creative Team at my church, that my voice started to grow again.

The same principle can apply to my pen. If I use my fountain pen on a regular basis, I won’t have to google how to fix it again because it is less likely to dry up.

What about you? Are you using the talents you’ve been given? Or are you letting them rust and dry up?

It’s amazing the things we can learn from any scenario. While I hate that I let my pen sit there for a month of disuse, I am glad for the lessons it’s taught me… to stay close to Jesus, even when I’d rather run from the flock and to make sure I’m using my talents ever day so that I can increase their value. 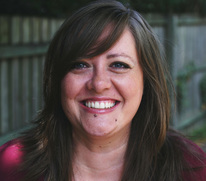