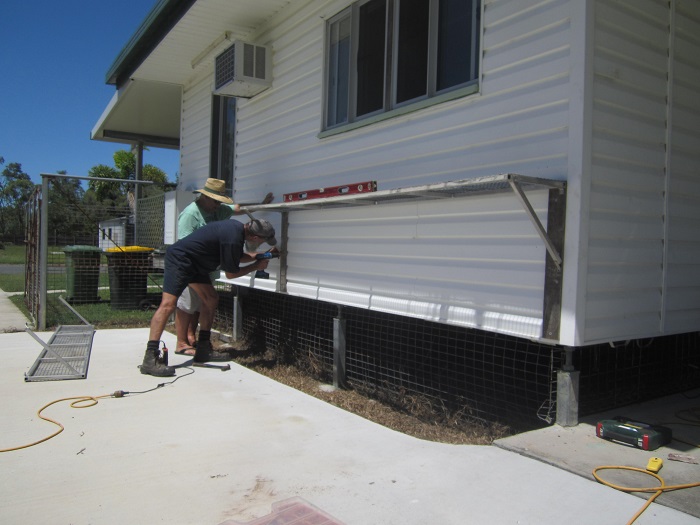 Shelving is an important aspect of any Botanic Garden

In Australia, we are into 'Autumn', which is the very best time of year for gardening. As the heat and humidity finally recede, many of our flowers show their magnificence.

These habits of the flowers indicate that the European heritage of 'four seasons' does not necessarily fit the observed facts. The former director of the Sydney Royal Botanic Gardens – Tim Entwistle, now at the Royal Botanic Gardens, Kew, UK – identifies at least five seasons for the Sydney region; and much of our continent is in the tropics which have a defined wet season and dry season.

I have always been surrounded by gardens. My grandparents and parents always grew flowers and fruit and vegetables. My mother grew up in England where many of her family members were gardeners on large estates; and when her elderly Australian uncle came to live with us, he maintained this tradition at our house. My wife of 40 years, Delma, is a very keen gardener; I am a very keen admirer her efforts. 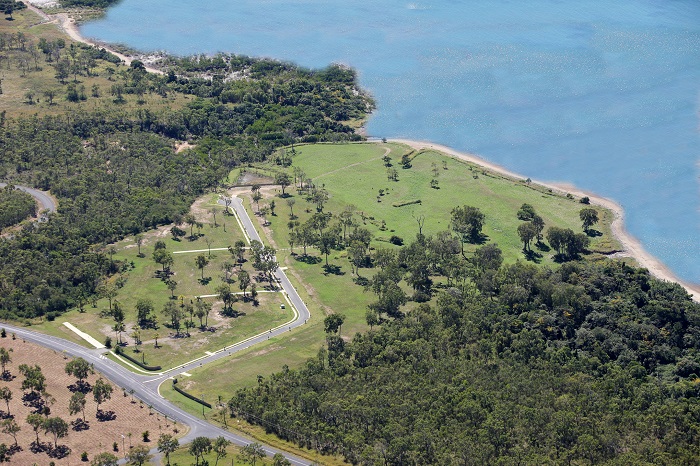 Repulse Bay Whitsundays Estate is a Botanic Garden in waiting

When we have visited England (numerous times), we saw first-hand the renowned English love of gardening. As well as marvelling at the variety of habitats in Hyde Park, we enjoyed visiting all manner of beautiful gardens: from stately homes; to small cottages; to the Kew botanical gardens; to the less well-known but scientifically important Chelsea Physic garden which maintains the medieval knowledge of medicinal plants.

We even visited the magnificent Chelsea Flower Show which was first held in 1862, although it was developed from previous shows put on by the Royal Horticultural Society from 1804

We were even in London in 1992 when Buckingham Palace was opened to the public and were became a part of the long line of those who experienced the grand tour. The magnificent paintings were something to behold, along with the furniture and not least the remarkable gardens.

English gardens themselves have absorbed influences from much older and formal types of gardens in the Middle East (as described in many places in the Bible from Eden to Gethsemane) and Europe, and later from Asia with the idea of the peaceful formal garden as respite space in a busy city.

In 1999 on the first tour we led as guides to the Holy Land through InnerFaith Travel, it was something to behold the Garden of Gethsemane as each subsequent tour has likewise revealed into our hearts. 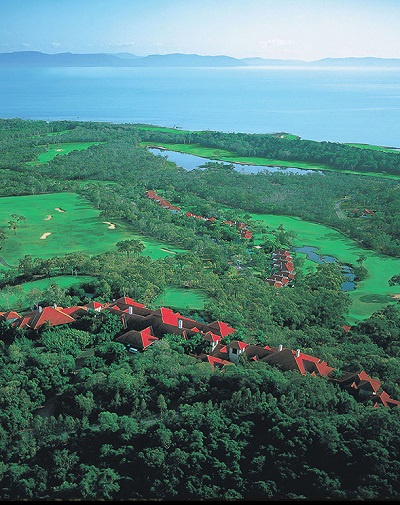 Heart Reef Cove has all the hallmarks of a Botanic Garden

These traditions also permeate our Australian heritage. Botany Bay was named by Captain James Cook in 1770 in honour of the wide range of new plants found by the scientists mentored by Sir Joseph Banks (after whom the banksia flowers are named). Their findings and drawings were eventually published in England but, the complete 'Florilegium' was only completed for our bicentennary. That is another story

The interest in our unique plants continued after the Colony was established. John Hunter, our second Governor, made extensive drawings of the new vegetation he observed. The English Government gave a passport to Frenchman Nicholas Baudin in 1801 to explore the Australian coast at the same time Matthew Flinders was circumnavigating the continent along with a botanist, two artists and a gardener. These two expeditions met each other at what is now known as Encounter Bay.

From these and other voyagers, various plant specimens were sent back to England. Many ended up at Kew gardens, either to be propagated (seeds) or preserved in the herbarium (pressed flowers). It is a nice circular symmetry that Tim Entwhistle from Sydney is now contributing to the ongoing horticultural knowledge at Kew.

The Royal Botanic Gardens, Sydney were commissioned in 1816 due to the foresight of Governer Lachlan Macquarie, but they were actually situated on the site of the older, first farm in 1788, which was only partly successful in feeding the new colony.

"Blessed is the man who trusts in The Lord, whose trust is The Lord. He is like a tree planted by water, that sends out its roots by the stream, and does not fear when heat comes, for its leaves remain green, and is not anxious in the year of drought, for it does not cease to bear fruit." (Jeremiah chapter 17 verses 7-8)

Tomorrow we shall explore gardens and Australian plants.