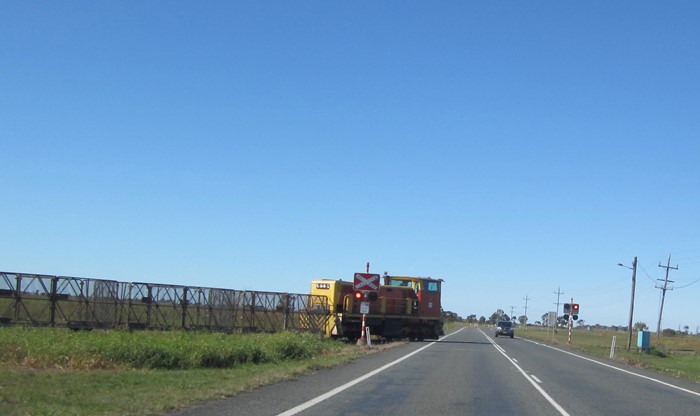 The Footplate Padre was born and raised in the Mackay region of Queensland which is a huge sugar cane growing area. There were several sugar mills in the region and they were all largely supplied in the fifties by an astonishing 2 foot gauge railway network.

These light gauge rail lines transverse the entire sugar cane plantation locations – they went in every direction, through innumerable farmer’s properties, across rivers, along side hilly regions, through the towns and village settlements and everywhere else besides.

This same scenario was repeated in all cane growing areas especially in Queensland where cane growing was the staple industry along the coastal regions of the State.

He remembers when the cane trains wagons were hauled by small steam powered locomotives with two enginemen working the engines without much of a break as the coal was shovelled.

But by the mid fifties it had turned to diesel traction engines, very different mechanical operations to the main line newly imported diesel electric locomotives that hauled such delights as The Sunlander (Brisbane and Cairns).

These smaller diesels were nothing but heavy duty diesel motors not unlike those that were fitted to those self propelled passenger trains where the diesel engines were fitted beneath the carriages.

But having said that, these diesel mechanical locomotives came in all shapes and sizes depending on the needs of the local cane growing environment. Moreover they came in different livery’s as well, and nothing like the beautiful blue of the diesels of the Queensland Railways.

These cane train diesel traction engines sported largely yellow, red and green liveries and were geared for haulage on these light lines, not speed. They would trudge along these cane tracks, in and out of cane fields, over road ways, even over the Bruce Highway and other major arterial roads.

It was a seasonal issue. Cane trains did not run all year, largely in the Winter and Spring when the cane harvest was at its peak. This meant companies having to find trained enginemen who would work these diesel mechanical engines for only several months of each year. 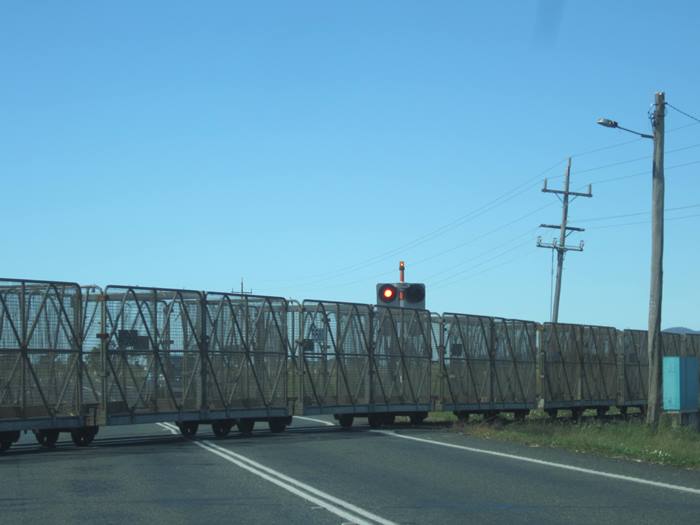 Now that we visit the Laguna Quays Respite cottage regularly engaging in maintenance and the local community, we are in the heart of the Proserpine cane industry and its Sugar Mill adjacent to the main street.

This 2 foot gauge rail line network runs from Proserpine south and back and forth over the Bruce Highway, similarly north towards Bowen and east towards Cannonvale and Airlie Beach and points in between in various directions. Cane fields are everywhere.

In the high season these little cane trains are running hither and thither throughout this network. When they cross highways or major arterial roads, the traffic is necessarily held up for much longer time periods than say a normal QR train as these cane trains travel at slow speeds. There are even railway crossing lights along the Bruce Highway for them.

This all reminds the Footplate Padre of the story from the Bible where the Apostle Paul instructed the young pastor Timothy as to the value of his youth. The Lord uses even the small to His glory. 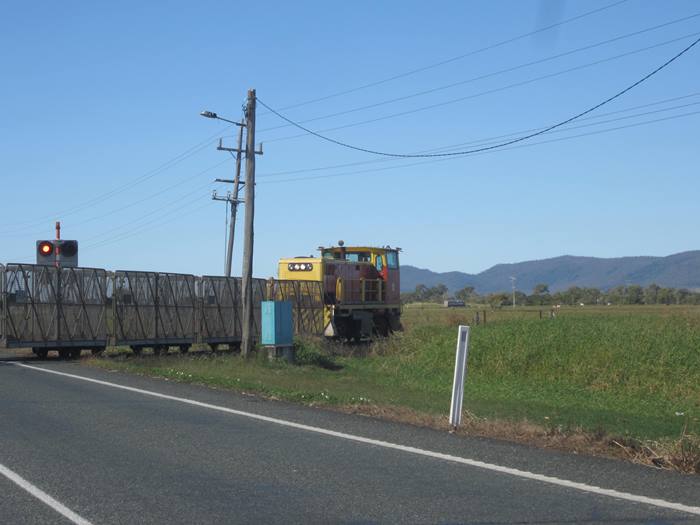 Cane train past the level crossing