In my last semester of law school, I selected 'Animal Law' as an elective. I can't say that I was interested in the subject. Rather, it happened to fit my timetable.

During the first class, the lecturer raised an interesting question: "so why do humans often mistreat animals"?

Various responses were provided. However, one particular response caught my attention. A fellow student raised his hand and said:

"Humans mistreat animals because the bible has allowed us to. Ultimately, the bible says... that humans are to have dominion over animals".

At first, I didn't know how to respond but felt uncomfortable with the proposition that was made.

Does being Christian really justify the maltreatment of animals?

A non-abusive form of dominion

After class, I had a quick look at Genesis. In Genesis chapter 1 verse 28 God does say that humans are to "rule", or exercise "dominion", over the fish in the sea, the birds in the sky, and every living creature that moves along the ground.

In short, my fellow classmate was correct. The bible does say that humans have "dominion" over animals.

Nonetheless, when we read this particular verse in context, it becomes evident that God does not intend for humans to exercise an abusive form of "dominion". There are two Hebrew words used in this passage.

One is "radah" which means "to rule", and in this context relates to supervision and direction, leadership, and having a sense of responsibility. The other is "kavash" which is translated as "subdue", and in this context means coercion for service in the sense of tilling the soil to make it grow what you want. In neither place is there any hint of abusive dominion.

Therefore, Genesis, in its entirety, does not suggest an abusive exercise of "dominion". It would be meaningless for God to call animals "good", and command Adam and Eve to "take care" of them, if he desired animals to be made the subject of mistreatment.

Reflecting Jesus in our "dominion"

It is imperative to note that while humans "rule" over animals, Jesus "rules" over us. Unfortunately, human rule is disparate from how Jesus rules over his people.

Jesus' rule is authoritative, yet, gentle. He commands devotion and discipline, but showers love over the subjects of his rule. In contrast, human rule results in the mistreatment of animals, and the extinction of animal species.

This raises a pertinent question: would animal cruelty be prevalent if humans reflected Jesus in the exercise of their dominion?

While it is arguable that Genesis legitimises human use of God's resources – for example, the consumption of animal meats – the text does not give licence to abuse.

Ultimately, being a Christian is not synonymous with animal cruelty. 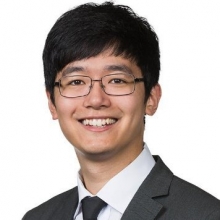 Jia Pan Xiao has recently complete a Juris Doctor at the University of New South Wales. In his spare time, he watches American sports, drinks coffee and devours chocolate mud-cake. He attends GracePoint Chinese Presbyterian Church and will start working as a lawyer in 2017.