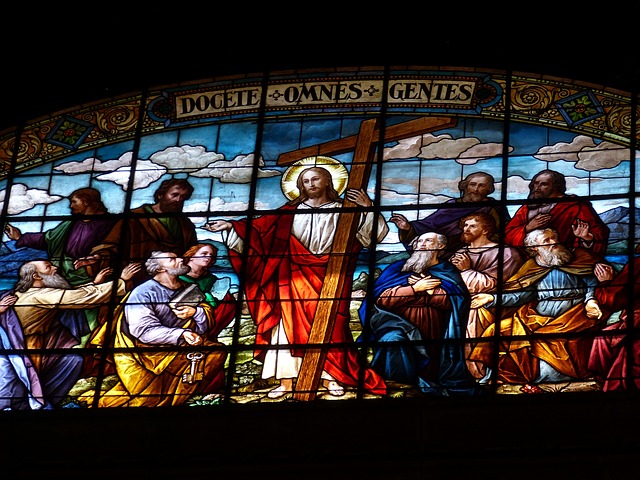 US President Donald Trump sparks very contrasting reactions. Some focus on his past, others including major Christian leaders support him in his frequently professed faith.

As I prepared to write about Christianity in the Crossfire Trump summed up my thoughts when he spoke last October at the Values Voters Summit in Washington. “We are stopping cold the attacks on Judeo-Christian values,” he said.

He emphasized ‘America is a nation of believers and we are strengthened and sustained by the power of prayer.”

“In America, we don’t worship government. We worship God,” he proclaimed.

The Little Sisters of the Poor (USA) rejoiced last July when the Trump administration revised rules within the Affordable Care Act (Obamacare). Those revisions helped the charity avoid millions of dollars in fines because their employee health plans excluded coverage for contraception, a practice contrary to their beliefs.

Victor Orban, the Prime Minister of Hungary urged EU leaders to protect Christianity in Africa and the Middle East or risk its demise in Europe.

“We, Hungarians, want Syriac, Iraqi, and Nigerian Christians to be able to return home to the land that their ancestors have inhabited for hundreds of years as soon as possible, this is what we call Hungarian solidarity … Hungary helps,” said the prime minister, at an International Consultation on Christian Persecution conference titled ‘Searching for Answers to a Long-Ignored Crisis’.

Jack Thompson reported for Breitbart media a warning by the Hungarian PM who said: “a group of intellectual and political leaders want to create a mixed society that would completely change the continent’s cultural and ethnic identity, and Christian nature, within just a few generations.” (Hungary’s Orban: Protect Middle East Christians or Anti-Christian Persecution will come to Europe – Jack Thompson, breitbart.com, 12 Oct, 2017)

Those words by the Prime Minister bare repeating:

“a group of intellectual and political leaders want to create a mixed society that would completely change the continent’s cultural and ethnic identity, and Christian nature, within just a few generations.”

The ultimate debate is between humanism and the bible. Where do we find our most reliable and dependable values?

Universities study the vast differences between conservative and liberal beliefs.  C. S. Lewis issued a stark warning: ‘Education without values, as useful as it is, seems rather to make man a clever devil.”

Highly educated leaders who profess no bible background have moved into decision-making places of authority and eloquently impose warped values on society. “ We do not consider ourselves a Christian nation,” said President Obama.

It is important we have loud and aggressive bible-based leaders to respond.  For instance James Dobson, the founder of Focus on the Family said: “Traditional Judeo-Christian values literally hang in the balance. They can be ‘forgotten’ in a single generation if they are not taught to our children and teenagers.” He then ominously added, “It could happen here if we don’t defend what we believe.”

When the Apostle Paul experienced the Athenian culture he reacted. His ‘spirit was being provoked within him as he was beholding a city full of idols.” (Acts chapter 17, verses 16-34). Like Paul, we are challenged to confront our culture with Judeo-Christian biblical values.

The reactions to Paul were predictable…’some began to sneer’ (v32), some wanted to hear more (v32) and wonderfully some heard and believed (v34)

It is important to note we are not commissioned to impose biblical values on our world. The laws for living that we call Judeo-Christian values are guidelines from God for a healthy, happy, wholesome, joyful society. When sin and selfishness invades that space, the stability and community are undermined and the fall gathers momentum.

We can play our part in defending the Gospel. Have you heard of Ebed-Melech? This man chose to intercede before the King for the life of Jeremiah the prophet. There were very powerful men who wanted the demise of Jeremiah. but Eben-Melech courageously made his stand. (Please read the full story in Jeremiah chapter 38).

The name Eben-Melech means ‘the king’s servant.’ His name is not well known in the world today. He is an unknown hero. You can be sure his name is valued where it counts.

Our names may never make a worldly who’s who but by faith, we can achieve our mission.

We are commanded to go into all the world, that might be overseas, it might be next door.

We are servants of the King. The Battle is identified. Put on the full armor and advance, in Jesus’ name.