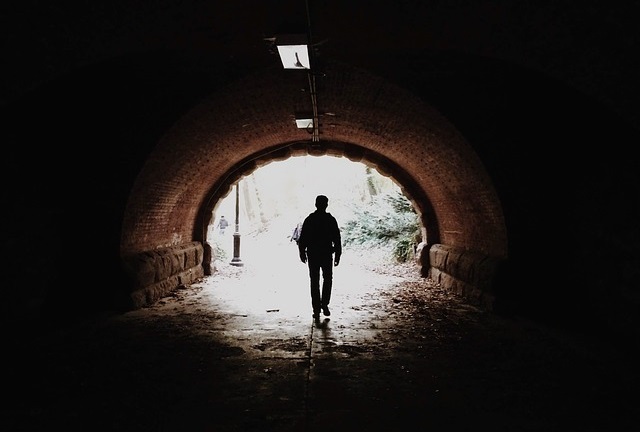 Angry pills are in the air. Across America factions have created their gangs, violent clashes erupt with physical, verbal and ugly consequences.

At the time of writing this article a US law enforcement report has listed 51 officers have died in the line of duty, so far this year. This is an almost 40 percent rise for the same time in 2016.

“Specifically in the Dallas, TX, and Baton Rouge, L.A., attacks,” the report added, “the assailants said they were influenced by the Black Lives Matter movement, and their belief that law enforcement was targeting black males.”

Jason Kopp in a Fox News article wrote: “The report placed part of the blame on the media, which seemed to focus on stories that portrayed police officers as overly aggressive and corrupt. But it was particularly harsh on politicians, saying police officers routinely felt politicians failed to stand up for them and instead fueled hostile feeling toward those upholding the law.”

Put yourself in the place of Christian churches and communities in the more volatile locations. How do you respond? A team of ministers and pastors introduced One Congregation, One Precinct. They offered themselves to go through computer simulations and live-active shooter drills with the police. They created links between church and police communities.

Think of the flight simulators used to train and refresh pilots. That is how the police computer simulator works. They were faced with ‘shoot or don’t shoot’ situations. In one episode two clergy investigated the corridors of a high school, which in the police simulation was under siege. Teachers and students were at risk. They felt the pressure of split-second decision making and Rev Yvette Massey said she had learned lessons to share with her congregation.

In one scenario a knife wielding black man was threatening a 12 year old white girl. What to do?

There are some reports that police in very difficult locations are wary of even becoming involved. They fear litigation against officers and vigorous community backlash.

After completing the training course Rev Markel Hutchins said, “No one benefits from screaming at each other. We only benefit when we have the courage to talk to each other. And a lot of the protests and the demonstrations, while passionate and understandable, have fallen short of actually being curative.” (Clergy seek to build bridge between cops and communities, Jonathan Serrie, Foxnews, May 12, 2017)

You would think the phrase ‘All Lives Matter’ is the way to go. But beware! Judith Butler, an American philosopher issued this warning during a New York Times interview. “Claiming that “all lives matter” does not immediately mark or enable black lives only because they have not been fully recognized as having lives that matter. I do not mean this as an obscure riddle. I mean only to say that we cannot have a race-blind approach to the questions: which lives matter? Or, which lives are worth valuing? If we jump too quickly to the universal formulation, “all lives matter,” then we miss the fact that black people have not yet been included in the idea of “all lives.”

No value in the phrase ‘all lives matter’ if we apply our own definition of who is in and who is out of the ‘all’ category. It sounds simple until one of the excluded group moves into your world.

The answer to this growing virus is not simple. Walls between the warring groups must come down.

We are still working on equal rights for aborigines in Australia. It has been a long process. The National Rugby League has effectively helped with the introduction of indigenous rounds of football honoring them.

Doug Conway (Australian Associated Press) said, “Lord knows, the first Australians have had so much pain, suffering and injustice to contend with. They have faced it all, by and large, with dignity that surpasses understanding, and have every right to feel proud of their achievements, sporting and otherwise.”

The Church has an active role in leading efforts of reconciliation, encouragement and opportunity.

When we apply ‘all lives matter’ in the biblical Jesus sense, it means all lives, all colours – MATTER! We may have to rethink wrong attitudes about Jews, Arabs, blacks, white or those pesky others. I often refer to our wonderful years when we lived in Jerusalem. Our neighbours were mainly Jews, our butcher was Russian and our favorite restaurant was run by friendly, hospitable Arabs.

The Holy Spirit finds everyone as an appropriate dwelling place. The challenge for us is to agree.

Ron Ross' previous articles may be viewed at