The Sunlander at Cooroy

As a regular reader of the New Zealand Herald I am constantly delighted to see promotions Australian rail journeys such as The Spirit of Queensland tourist train that takes in the Brisbane to Cairns route with tourist stops in between.

At the same time I am unable to recall the numerous times I have read similar promotions of the New Zealand tourist trains in Australian newspapers and magazines – the major four I have been on and enjoyed thoroughly.

Dunedin to Taieri Gorge – the mountain 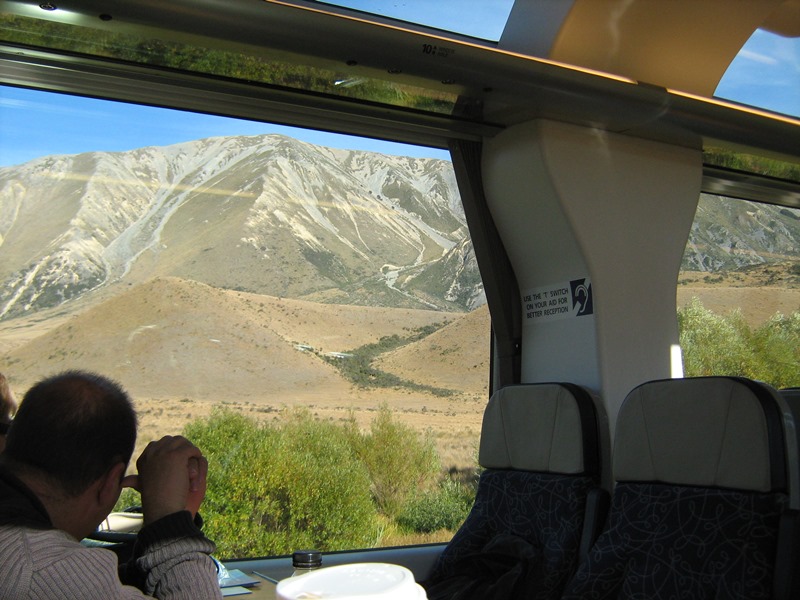 View from the tourist train to Greymouth

These four trains run through remarkable scenery and are filled with tourists from all over the world.

The Wellington – Auckland – Wellington train is an all day affair, leaving each destination early in the morning and arriving early evening. The Picton to Christchurch – Picton train meets the ferry from the North Island in both directions.

The two key note tourist trains in the South Island are the Christchurch – Greymouth train and the Taiere Gorge tourist train. They are both day trips. Both exhibit remarkable land fall and in the winter with snow backdrop the scenery doesn't have words to come near the majesty of what is enjoyed. 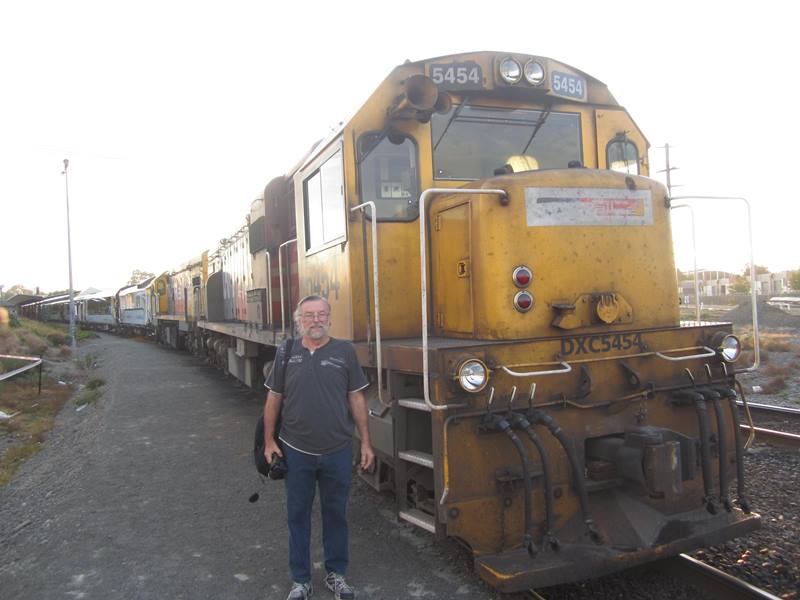 The Queenslander  -  Brisbane to Cairns

The Spirit of Capricorn – Rockhampton to Longreach

The Ghan  -  Darwin to Adelaide

The Spirit of Progress  -  Melbourne to Sydney

Along with the innumerable regional trains that run through the most remarkable scenic experiences not least the Sydney to Nowra south coast train which has remarkable ocean views such as from Stanwell Tops and Kiama and beyond.

Few would disagree that the Sydney to Newcastle route over the Hawksbury River is magnificent. The Brisbane line south to Casino (onto Sydney) over the McDonald ranges has similar accolades as does the Western Australian line running from Perth south to Bunbury and Albany.

Brian Kelly's description in The New Zealand Herald of The Spirit of Queensland (Brisbane to Cairns) illustrates how a travel writer describes such a tourist train.

He states that The Spirit of Queensland is a new overnight rail service running the full 1681km between Brisbane and Cairns in just over 24 hours. He explains the sleeping arrangements with revolutionary RailBeds and each comes with its own entertainment system, with a choice of music, movies, or TV - that's if you can take your eyes off the magnificent views of Queensland whizzing past the window.

Brian Kelly then details how at night each RailBed converts into a lie-flat bed, with linen. Meals were served to my seat and there were shower facilities onboard. It all made for an incredibly relaxing - and civilised - trip, especially overnight.

Plus there are tourist options - you can hop off and explore towns along the way, not that dissimilar to The Ghan with its stops at Catherine or The Indian Pacific with its stops at Kalgoorlie and Broken Hill.

There is more – you can do fly or drive trips as well. Brian Kelly give the example of flying from Brisbane to Bundaberg, do the town tour and pick up The Spirit of Queensland at that point. So too other centres all the way up the coast. 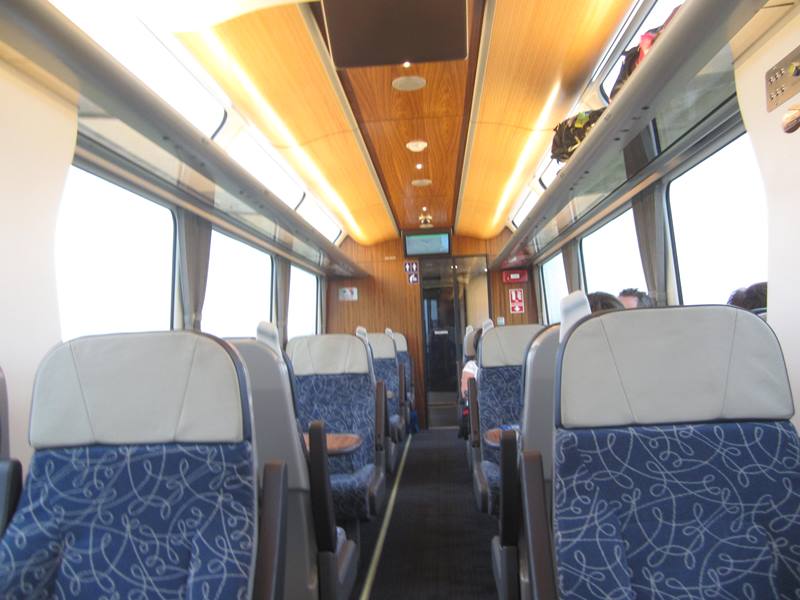 My wife Delma and I did this rail trip in March 2013 and it was one of the highlights of our New Zealand excursion that year. The scenery was magnificent with huge river flows and kilometre wide river beds for the snow thaw and an open carriage for fantastic photographic opportunities.

There was a 90 minute wait at Greymouth for further sightseeing, the west coast of New Zealand and then the down hill run back to Christchurch. Many mountaineering groups alighted at Mr Albert and in the winter, the ski enthusiasts. Moreover there was plenty of food to purchase enroute in both directions along with ear phone commentary.

Both Australia and New Zealand have marketed their rail tour experiences with much enthusiasm. What they say and promote is both true and exceptional. As the Footplate Padre it has also been my pleasure to travel on the locomotives and meet the rail crews.

The Taiere Gorge crew was most welcoming and discovered there was much in common with Australian locomotive crew work and experiences along with similar frustrations and annoyances with railway working. One picks up a a great deal with a listening empathic ear.

As the Footplate Padre it gives me great delight to meet the locomotive crews and on the Taiere Gorge train, I was invited into the diesel cabin for one section of the trip, and here I learnt that all the same issues associated with work and home life were as applicable in New Zealand as they were in Australia. 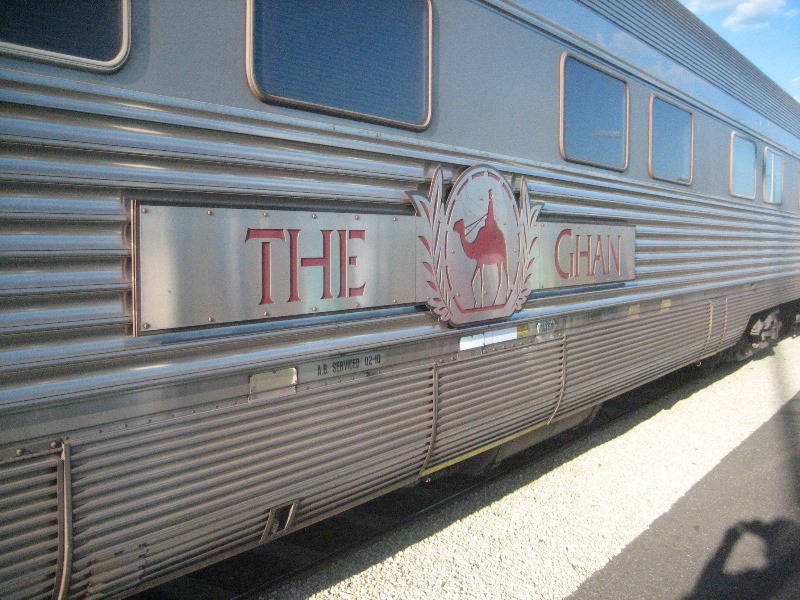