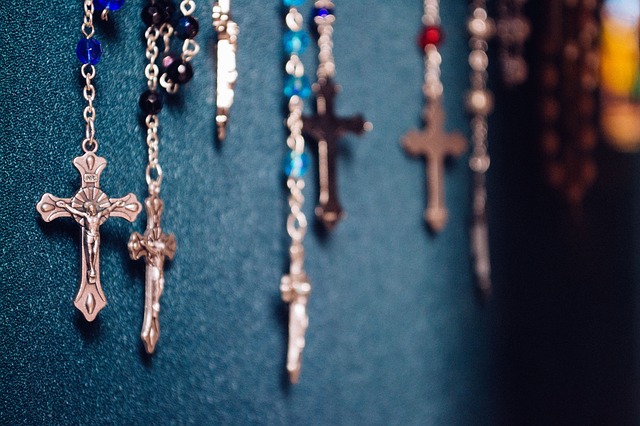 In 1988 Floyd McClung and Kalafi Moala wrote a book “Nine Worlds to Win.” They emphasized evangelism into the worlds of Islam, Buddhism, Communism with a chapter on Nominal Christians.

Recent surveys out of America suggest this remains a topical issue. LifeWay Research were commissioned by the Billy Graham Centre for Evangelism May 23 to June 2016. They found unchurched individuals happily talk about religion but they are adverse to attending church services.

For the survey the unchurched were ‘those who have not attended a worship service in the last six months’ (excluding a special occasion like a wedding.) They found that more than half of the Americans who don’t go to church, identify as Christians.

The younger unchurched are open to discussions but also have negative views of church. In response to an earlier survey, they rejected what they defined as authoritarianism, instead they preferred small groups where they can ask questions and contribute opinions.

Effectively people can be reached where they live, or where they work, or where they ‘hang out.’ The ‘hang out’ location was by far the favourite pick. More than a third preferred to meet at a restaurant (47 percent).

It is interesting to study the exchange between the Apostle Paul and the believers in Traos described in the Bible. “And upon the first day of the week, when the disciples came together to break bread, Paul preached unto them, ready to depart on the morrow; and continued his speech until midnight.” (Acts chapter 20, verse 7)

Most of us have wondered how Paul managed to be so longwinded but the solution is in the translation of the Greek word ‘dialegomai’. Here it is rendered ‘preached’ but in fact it means ‘dialogue.’ If you have ever had a chat with a group of Israelis, you know, they will share their opinions, dramatically and eloquently and time goes out the window (as did Eutychus on this occasion!) What happened at Traos was a teaching with dialogue.

Evangelism using death, heaven or hell does not connect with the unchurched, the survey found.

Respondents were asked: If I were to die today, do I know for sure I would go to heaven? 43 percent were not sure if that question ever came to mind. “If the only benefit of being a Christian is that you get to heaven, most unchurched people don’t care,” LifeWay Executive Director Scott McConnell said.

The Australian Survey of Social Attitudes (2009) found the number of Australians describing themselves as spiritual (47percent) exceeded the number described as religious (39%).

“One of the common themes among those who describe themselves as ‘spiritual but not religious’ is the rejection of religious systems of beliefs, rituals and institutions.

Eighty-five per cent of them agree that religions bring conflict and 82 per cent say that religious people are too intolerant.

Just 4 per cent of them say they have a great deal of confidence in churches and religious organisations and 62 per cent have very little or no such confidence,” the report said.

Most agreed with the statement, ‘There is something beyond this life that makes sense of it all.’

Although these surveys indicate a group disillusioned with church, there are signs of encouragement.

At least here in Australia the unchurched agree there is ‘something beyond this life.’ It becomes our responsibility to show them our assurance of salvation.

It is important we remember it is not the church that saves anyone. Salvation is from Jesus. He is the answer. We are called to be His ambassadors and our best advice is to learn from the Master.

Jesus was not politically correct, even 2000 years ago. He went out among the people and He took time to relate with them.

Years ago (2009) Daniel Foster wrote an article, ‘Who did Jesus Hang Out With?’ He said, “Sadly, this might offend some believers today; however, I fully agree with this statement based on who Father wanted Jesus to hang out with 2000 years ago. Notice that the Pharisees were very displeased with the people Jesus would break bread with. In our modern day culture we have deemed it not cool or even offensive to hang out with the sinners and more righteous to hang with the saints.

Don’t get me wrong; the fellowship of the saints is a wonderful and beautiful thing. Jesus found fellowship in a very deep way with His disciples. Yet Jesus gave us a mission to go and make disciples.” (Matthew chapter 28 verses 18-20)

Back in the Hamburger Hut youth outreach era, most of the teenagers came to our home for Yvonne’s home cooking. They had a help-yourself access to the fridge. We made them feel at home. We walked through some worldly minefields with them. We often questioned whether another step was possible but with the Lord all things are possible.

He gave us His love to encourage and comfort us, so that in turn we can do likewise.

I remember working with Jackie Pullinger in Hong Kong. (Read her book Chasing the Dragon). One night she invited a girl home to rest and recover. I said to her, there are no beds left! She smiled and said, ‘While ever I have a bed to sleep in, I have a bed to bless this girl.” That night Jackie slept on the floor!