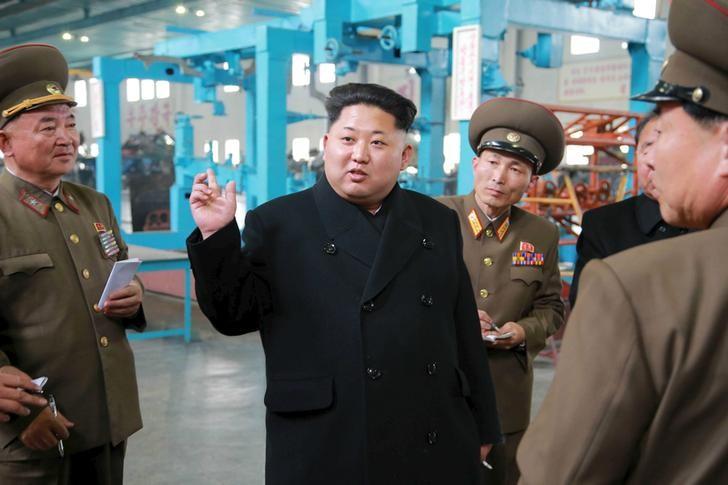 Violence has marked 2017. American protesters took to the streets to accost each other, topple statues, trash cars and shops and grab headlines. Then came hurricanes Harvey and Irma. They took lives, demolished homes, churches and communities with great ferocity.

Amazing to watch as people gathered to protect and support each other regardless of race, religion or politics. When the chips were down, they simply needed each other and the cause for riots and hatred were ignored.

Now we may be about to face the biggest violence the world has ever seen.   The North Korean threats of attack with devastating destruction are not exaggerated. Last September the Gatestone Institute, issued an article written by Peter Huessy, President of GeoStrategic Analysis and consultant with the US Naval Academy on US nuclear deterrent policy. He called the article “Electronic Doomsday for the US?” “An EMP attack on the U.S. would leave the country with no electricity, no communications, no transportation, no fuel, no food, and no running water,” he warned.

The US EMP commission reported: ”EMP is capable of causing catastrophe to the nation.” They said: “Briefly, a single nuclear weapon exploded at high altitude above the United States will interact with the Earth’s atmosphere, ionosphere, and magnetic field to produce an electromagnetic pulse radiating down to the Earth and additionally create electrical currents in the Earth. EMP effects are direct and indirect. The former are due to electromagnetic “shocking” of electronics and stressing of electrical systems, and the latter arise from the damage that “shocked”—upset, damaged and destroyed—electronics controls then inflict on the systems in which they are embedded. The indirect effects can be even more severe than direct effects.”

In 2012 a Washington Times report offered more grim analysis: “North Korea now has an intercontinental ballistic missile (ICBM) capable of delivering a nuclear weapon to the United States, as demonstrated by their successful launch and orbiting of a satellite on Dec. 12 (2012). Certain poorly informed pundits among the chattering classes reassure us that North Korea is still years away from being able to miniaturize warheads for missile delivery, and from developing sufficiently accurate missiles to pose a serious nuclear threat to the United States. Philip Yun, director of San Francisco’s Ploughshares Fund, a nuclear disarmament group, reportedly said, “The real threat from the launch was an overreaction that would lead to more defense spending on unnecessary systems. The sky is not falling. We shouldn’t be panicked.”

For many years USA leadership has chosen to ‘kick the can down the road’ when faced with problems in the too hard basket. It seems in 2017 there is no road left.

The Hope of Israel Baptist Mission described an EMP attack as an ‘End Times Disaster.” On their website they said:

“In a Senate meeting, in the United States, various scientists described the results of a nation-wide electromagnetic pulse caused by a nuclear explosion. One scientist said that a terrorist country could position a nuclear explosion at the right altitude and position resulting in the total destruction of all electronic and electrical equipment in the United States. Since we are not prepared for a nation-wide electromagnetic pulse, it could bring us to our knees, electronically, for years.

“Communication systems would be instantly wiped out. Businesses would close down. There would be a world-wide financial collapse. Food would rot because there would no longer be working refrigeration. Transportation would come to a stop due to the fact that gas pumped by electricity would not be available. Water, which is necessary for life, would become very hard to get. Society would break down very quickly when people start getting hungry. There are those who would steal and murder to survive. Any nation affected by an electromagnetic pulse would soon be in a state of disaster.

“Since many of the third-world countries depend on superpowers, such as the United States, for food, they would also be dramatically affected by an electromagnetic pulse disaster in the United States.” They linked the impact to the Book of Revelation and the horses in the Battle of Armageddon. (Electromagnetic Pulse (EMP) End Times Disaster, hopeofisrael.net)

Jesus warned us to be ready for such a severe events. “And you will hear of wars and rumors of wars. See that you are not troubled: for all these things must come to pass, but the end is not yet. For nation will rise against nation, and kingdom against kingdom. And there will be famines, pestilences and earthquakes in various places” (Matthew chapter 24, verses 6 & 7).

“See that you are not troubled,” Jesus said. It is high time we took the offensive. If we are living in an era like Noah, it is time to preach the gospel to friends and neighbours and to pray. In fact let us launch our own EMP! Even More Prayer!

The Apostle Peter summed it up for us: “All power belongs to God.” (1 Peter chapter 5, verse 11) Jesus is coming back and that trumps all fear and concern.