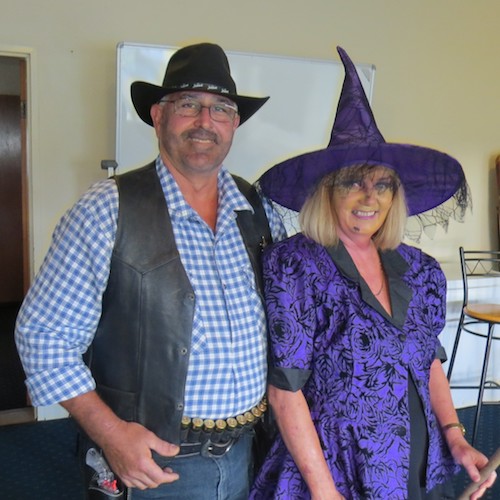 Coordinated by Well-Being Australia's Dr Mark and Mrs Delma Tronson, the Fancy Dress afternoon tea ran from 4.00pm to 5.00pm followed by the parade and judging - it is one of several local projects supported by this community ministry.

An annual high tea for the art ladies

This latest project, the Fancy Dress was suggested to the arts and annual business luncheon teams and endorsed enthusiastically in March. 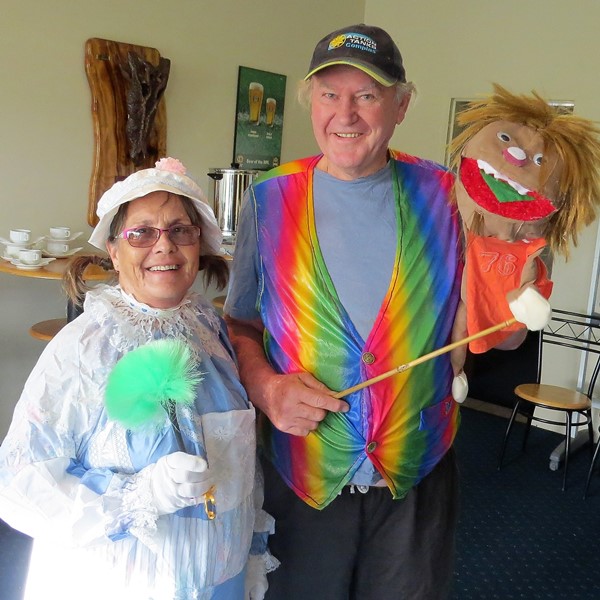 Fancy Dress - Will and Margaret Pearce

Well-Being Australia's chairman Dr Mark Tronson met with Inas Jackson from the arts community and Terry and Cathy McMullen the local real estate people who said that the Fancy Dress would be a favourite. Indeed it was.

There were plenty of laughs and conviviality at the Fancy Dress. Neil and Kay Brooks of The Point Tavern provided the afternoon tea along with the winners a voucher for dinner for two at the Tavern.

Some of the fancy dress characters came as a Sheriff, a witch, a gypsie, 1920's Charlton dancer, an Hawaiian dancer, a 1960's swinger, a Nunn, a clown, a ventriloquist, a swagman, Rumpole of the Bailey, a cat woman ….

Once afternoon tea had been enjoyed, then each Fancy Dress person stood up and went to the front and spoke of their outfit and its where-with-all. The applause was loud and cheery. 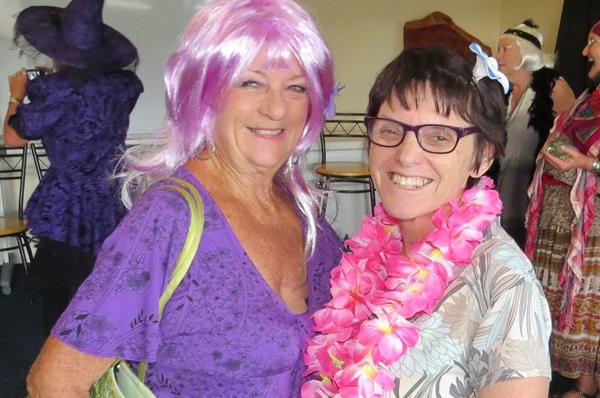 In 2012 Kim Hanson was running the hard copy monthly news with stapled A4sheets and closed it due to costs. Mark Tronson contacted one of his Press Service International young writers Josh Hinds who ran his own IT business who developed an online weekly news which Kim Hanson has retained.

This Midge Point – Bloomsbury – News and Mews – www.mpbnews.org enjoys a wide local readership with an emphasis on what's happening in this area.

The Basil Sellers $2000 Art Prize is now in its 5th year and held the last weekend of July.

The annual high tea at the Point Tavern for the art ladies is put on by Delma Tronson who has been taken under the ladies wing and made an honourary local.

So too the local business community with the last one having the Proserpine ANZ bank manager as the speaker – whom most locals knew and with much mutual respectful discussion.

Well-Being Australia has developed art prizes and community opportunities elsewhere and serves as a model for Christian community ministry in Australia and New Zealand where the focus is giving to the community. 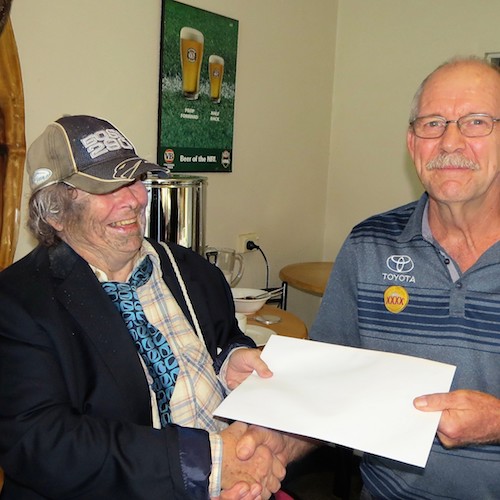