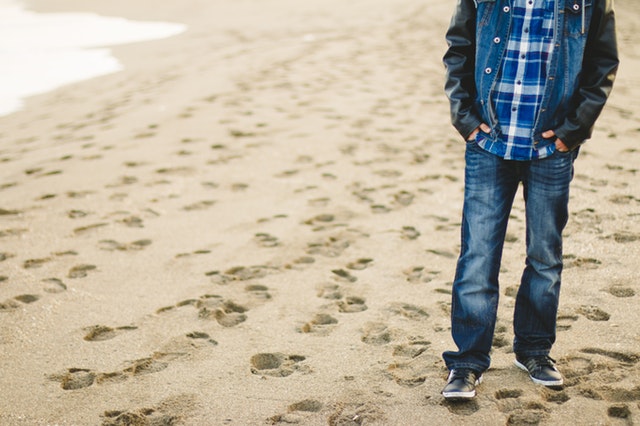 Thinking of times in which we see our whole life flash before our eyes might not appeal to some, but for years, it has fascinated me. Is it possible for all of life’s memories to be condensed into mere seconds? Can such an existence be summarised in a few short moments? How is it possible for years of experiences to simmer into a simple flashback in time?

Looking back through the lens of hindsight, it has become possible to do so. There are certain moments in time when every individual on this planet would gladly go back in time just to change things, not as they ought to be, but as they should have been. Existence itself is a finite thing, especially when circumstances seem to simply happen and their effects go beyond our control.

When I was thinking about the events that happened during that fateful day of 11/9, I looked back on the recent opportunity I had to converse with a gentleman by the name of Sujo John.

Sujo, like most people in New York at the time, found himself chasing the American Dream. He had landed a job on the 81st floor of the North Tower of the infamous World Trade Centre, started earning a lot of money, and his wife along managed to get a job in the same area on the South Tower. But on that formidable day, that dream, and the dreams of many, literally came crashing down to the ground.

Yet in the midst of chaos and confusion, somehow, Sujo found a way to find peace with God. He began to think of his wife, his unborn child, his ultimate destiny if he did not make it out of Ground Zero. The survivors surrounding him died within moments; yet, as Sujo tells me his story. There was a faint, flashing red taillight of an abandoned ambulance that was his only guiding light in the midst of dirt and debris falling around him, and somehow, he managed to make his way towards that shining light, and eventually, was reunited with his wife later that day.

Such a story reminds me of the times I often take for granted the moments in time which I realise are most valuable simply because they are the most insignificant. The times in which I reach my limits yet find the strength to finish my task. The moment when I feel down but things begin to look up. The second I think I can no longer control my actions, yet my actions reflect an inner peace that I know I could not have come up with on my own.

It’s in these times that I lack the words to describe my thoughts and feelings, but understand the significance of time, in and of itself, is a precious gift. The time that we all have on this earth can never be bought or sold, yet can be used to leave a legacy.

My friend Sujo, having survived the devastation of that tragic day, instead of turning bitter towards people or towards God, decided to make a difference, not only in his life, but in the lives of others, who also needed rescuing, just as he had been. He now runs a global coalition to fight modern-day slavery, and is passionate about bringing  it together to make a difference in the lives of those who have been exploited.

Perhaps all of us are fighting for something in life - the right to be heard, the right to be loved, maybe even the basic right to live. Yet when we finally cross that line in the sand and begin to realise that it’s not all about accomplishments or accolades that really stand the test of time, it’s about our own legacy that we leave behind for others to follow. Our standard of success will be based more on a standard of significance, not of the world, but of who we are in Christ. The footsteps that we follow can also be the footsteps that we leave behind for others to see and take note.

A third-culture-kid born in Australia to Indian parents, Joseph returned from California where he was studying theology at Fuller, and is now working for a B.A.M. initiative through a missions agency in South India, still continuing his love for writing by contributing to PSI.