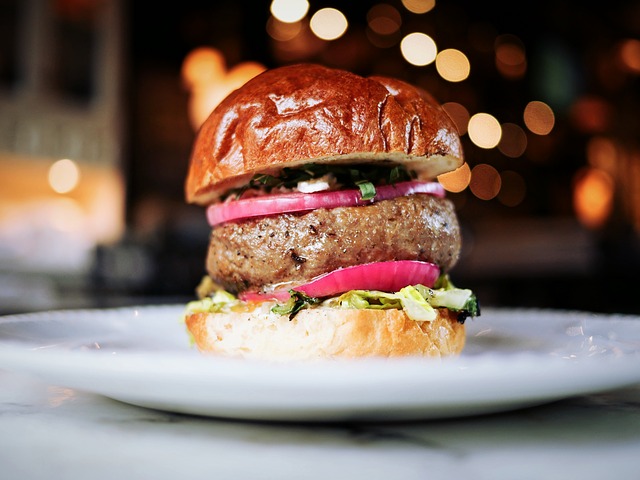 It’s been said that if someone looked at the way we obsess over food, they would conclude that we are all starving. That is far from the truth in a country like Australia.

According to War on Waste, which aired recently on the ABC, an average household throws away $3000 worth of food per year. It seems most of us have plenty of food. It’s what we do with it that concerns me.

If you flick through the TV channels, you will be inundated with messages about food. Not only is it advertised, but we have entire programs dedicated to it. There are over fifty programs on free to air at the moment about food.

On the one hand, Australians tune in to our favourite cooking show and stack on the kilos. On the other hand, dieting and eating disorders are also prevalent. We struggle enormously to find a healthy balance.

Food is in the driver’s seat

My recent attempt to limit the amount of sugary snacks I eat opened my eyes to an unnerving truth. Food has a lot of control over me. Judging by our obesity statistics, I’d hazard a guess that food controls most of us.

Over-indulging in food is not just physically unhealthy. Gluttony is listed as a sin. That seems a bit extreme really. Sure, I don’t need that extra piece of cake, but is it actually a sin?

Gluttony is a lack of self-control specifically in the food department. Self-control is part of the fruit of the Spirit (Galatians chapter 5 verses 22-23). Several writers of the New Testament urge us to maintain this character trait as proof of godly living.

We are to be self-controlled in all areas of life, including in what we eat. The reason being that if we are not self-controlled, then we are other­-controlled. Invariably, something else ends up calling the shots. That is not how God wants us to live.

To the glory of God

God designed us to need food to live and has blessed us with many good things to eat. Food is a gift from him. Unfortunately, God’s good gifts get twisted by sin. Romans chapter 1, verse 25 explains that we “…served created things rather than the Creator…” When we let food control us, we are serving a created thing rather than God. It’s sin!

We ought instead to be bringing glory to God by thanking him for his good gift, then using it for its intended purpose: to keep us strong and healthy and to give us energy for the work we need to do.

On a day to day level, these principles are demonstrated when we say grace before a meal. Thanking God for the food shouldn’t just be a rote prayer that has no meaning. It is a joyful celebration of God’s gifts and a humbling reminder of our dependence on him.

Most of us eat three meals a day. Each of those meals is a chance to practice self-discipline in a small thing.  I don’t know about you, but for me, it is helpful to know that God calls me to be self-controlled. It makes me think twice about eating to excess.

My husband’s colleague recently lost a lot of weight. She declared happily, “I decided that I wasn’t going to be a slave to my food.” I have joined her in that decision.

Thankfully, I am not alone in the struggle against the temptation to gluttony. The Holy Spirit will lead those who ask along the path toward self-control with food. He can nudge us toward fulfilling the words of 1 Corinthians chapter 10, verse 31: “So whether you eat or drink or whatever you do, do it all for the glory of God.”

Lucinda is a Girls Brigade leader and new mum. She loves languages and has studied French, Latin, and Greek.

Lucinda Glover’s previous articles may be viewed at http://www.pressserviceinternational.org/lucinda-glover.html