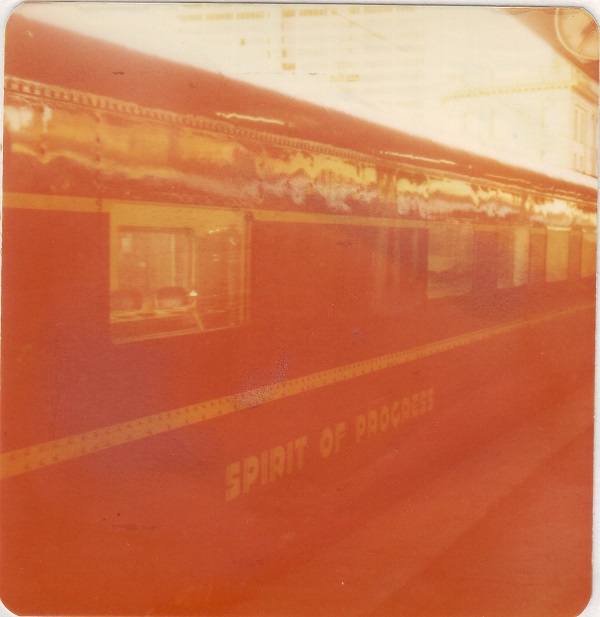 The Spirit of Progress

As the Footplate Padre I am able to announce that it takes kilometres to bring a train to a halt, not metres. This is reality. This is one of the most difficult concepts for the public to comprehend.

State Coroners have, since the railways were initiated two hundred years ago, have acknowledged this after a fatal railway accident.

I was a locomotive driver for ten years, a train runs on steel wheels, on steel rail tracks, and as strange as this might seem, the heavier the train is, the better a train runs once it has gathered it's initial speed. A heavy train does as much free wheeling as it does powering.

My interest in all things ‘railway’ since I entered theological college (seminary) as a mature aged student in 1977, and since then I have written 16 books on railways, most of them train driver's anecdotes which are replete with stories of train running.

When the late Dave Moyle of the Stringybark Express Museum from Wahgunyah in Victoria initiated the On Track Railway e-magazine, I was invited to become the Footplate Padre and write a monthly article, a very popular column.

Those who are familiar with the railways understand the reality, if not the science, that when a heavy freight train gathers speed, the physics involved in bringing that moving rolling weight to a halt requires an equal and opposite force - it is quite something.

The lighter, faster express trains such as the locomotives that had hauled the Southern Aurora, The Spirit of Progress, The Brisbane Limited, The Overland, The Sunlander, The Indian-Pacific, etc of the past, took an inordinate distance to bring the train to a halt at a platform.

The train driver needed to take into account passenger comfort and safety, especially for those trains with sleeping compartments. Initially, he would make a 7lb air reduction into the braking system which steadied a fast moving train into a manageable controlled situation. As the train needed to be slowed firmly a 14lb air reduction was then applied by the driver. 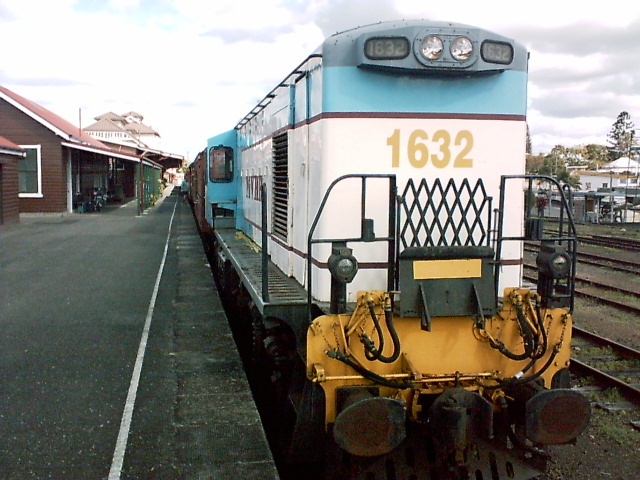 All this takes 'time', and a 115 km/hr high speed train (70 miles an hour) travels a long way while all this is taking place. The kinetic energy involved is astonishing; and this energy needs to be counteracted by the force of the braking system.

Imagine the wear and tear on the wheel's brake shoes on suburban trains where this constant 'pulling up' happens over and over again as the many stations of the suburban network are covered, sixteen hours a day, at maximum speed and maximum braking.

Consider now, a heavy freight train hauling a top speed container express. Think about the skill of the driver, knowing exactly when to apply the minimum brake reduction of 7lb air to manage the large megalithic train; when to apply a heavier 14 lb application of the brakes; and exactly how to bring the train to rest at exactly the right place. His intimate knowledge of the rail track becomes imperative so as to maintain both tight timetables and high speed.

Anything out of the ordinary appearing on rail tracks is beyond a train driver's control. The assumption must be that the track is clear; and even if a track blockage of some description could be seen by the naked eye, to bring the train to a halt within such a distance is not physically viable.

As Footplate Padre and a former locomotive driver, I'm in a unique situation which recognises the physics and the emotional side of never knowing what might be around the corner.

It is not like a motor vehicle ‘stopping on a sixpence’ (as it were) and everyone should be more aware of the power and force of a large train, and to consider the responsibility and skill of train drivers, before they play cat and mouse with a train at level crossings.

As the Footplate Padre I have often pondered these things. It is not an easy concept to grasp as a motor vehicle driver, that a train takes such a long distance to pull up. When understood and applied, a light comes on, which could save the lives of their family. It is this 'light that comes on' that I as the Footplate Padre develop in 'one-to-one-ministry' how Salvation involves repentance of sin, Jesus death on the Cross for each one of us, and the assurance of the resurrection. 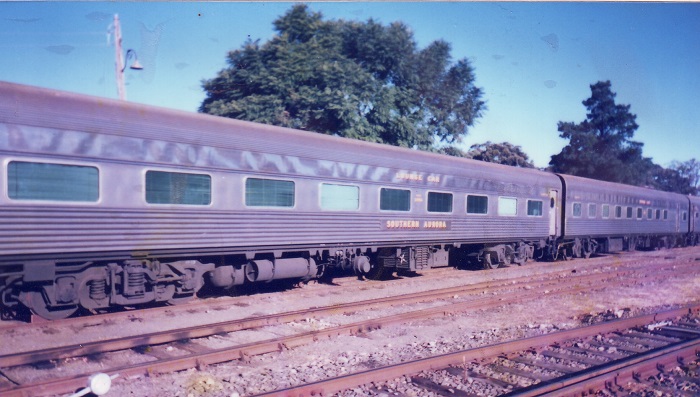