We walked into the restaurant together.

Well, I walked and he rolled. My friend, Manu, uses in a wheelchair you see. But that’s just semantics.

Burger Burger is a hip food stop in one of Auckland’s hippest suburbs, and we entered the laughter-filled interior with the anticipation of a great evening ahead. Single candles in glass cups adorned the minimalistic tables, adding their flickering glow to the burnt orange light from the ceiling lamps. No fluorescent tubes here. The atmosphere was friendly and relaxed, and we were ushered to a table by Emerald, the warm and smiling ‘front of house’ for the night.

Emerald was immediately struck with Manu, although why she was so attentive we didn’t find out until later.

She wasn’t content to leave us in the care of her more than capable waiting staff, but chose to linger herself; topping up our water, checking on our meals and chatting to us like an old friend. The food was amazing, we were enjoying hanging out, and in the background was the subtle yet constant presence of Emerald. 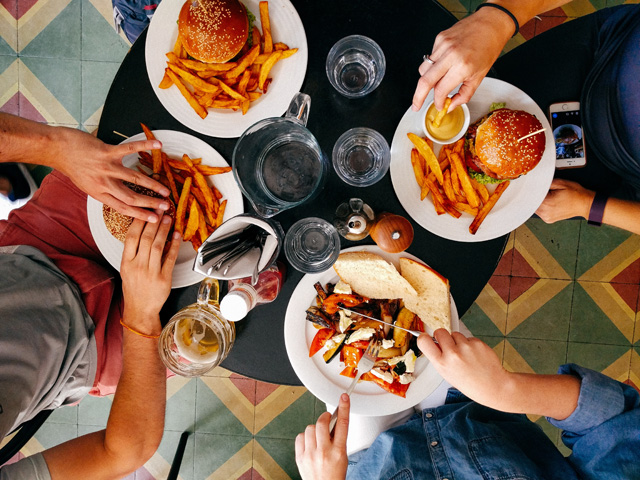 She was clearly a lovely person who wanted customers to enjoy their experience at Burger Burger, but something about our table had struck her. Throughout the night I found her sending soft glances our way.

Manu is a great friend to talk to. Apart from having a brilliant sense of humour, he thinks both intelligently and compassionately. Surprisingly, the latter quality is sorely lacking among Christian writers, and so I count it a privilege to be a Young Writer for Press Services International alongside someone with the calibre of ManueleTeufilo. His articles may be challenging or thought-provoking, but they always ring true with grace.

Conversation with Manu is measured because the palsy restricts the rate at which he can speak. This also means we can take the time to meander through topics and thoughts. Speaking slower and listening slower add a layer of depth and appreciation to a conversation which too often people skim over in a rush.

Manu is forced by default to never rush through words. In fact, he often has to repeat himself in speech, which he does with endless patience for his hearer. And he listens to the other person in the same unhurried manner. Suffice it is to say that conversation with Manu is both uplifting and affirming.

All in all, Manu and I had a fun evening catching up. When we began gathering ourselves to depart, it was with the contentedness of being sated with both food and friendship.

We took our time to get going, partly because we never know when to stop talking and partly because I decided to run off to the bathroom before driving home.

It was on my way back to our table that Emerald stopped me by the front desk.

“Does Manu have… does he have…” her voice stumbled and I looked up in surprise as she carried on. “Does he have cerebral palsy?”

“My granddaughter is two years old, and she has been diagnosed with cerebral palsy.” Tears welled in her eyes as she continued.

“And I look at your friend Manu. How confident and capable he is –”

By this time, Manu had rolled across to join us, glancing up in concern as Emerald’s lovely face crumpled in defeat. She wore the sorrow of a parent who watches their child suffer – in her case, her child’s child – yet is helpless to do anything about it.

“Manu,” she turned to him suddenly, desperately almost. “Is there any hope for my granddaughter’s future? Will she ever be able to live life as well and as happily as you do?”

I was speechless, both with the suddenness of her revelation and the subsequent question, and with heartbreak for this gentle woman who was spilling her heaviest fears before two strangers in a restaurant.

But where I was speechless, Manu’s heart reply was immediate.

“Your granddaughter has so much potential. So much.”

Emerald gave a little sob as he continued.

“She has so much potential for an amazing life. So much potential to be happy. You can encourage your granddaughter every day, and she can grow up knowing she can live life to the fullest. And then she will.”

Other customers hovered in the background in silent uncertainty, momentarily forgotten on the side of what was clearly a sacred moment. Emerald’s eyes were fixed on Manu. For a moment, no one spoke.

She gazed at him with breathless hope, and he gazed back with all the kindness of the world.

Manu’s body was helpless, trapped in a cage and unable to offer comfort. But in that moment I saw clearly the broken Jesus, loving outwardly with such pure and tangible grace, and wrapping a broken woman in gentle hope.

His speech was slow and slurred and perfect; every word settling into her waiting arms like diamonds adorning a crown she had forgotten was hers to wear.

Emerald took off her glasses to wipe her eyes. She tallied bills for other customers, helped us shuffle through the payment of our own, then walked us to the door. I gave her a hug which she returned with a soft smile, but it was Manu, smiling in his wheelchair, who had melted her soul into liquid gold.

“Thank you, Manu.” She whispered, tenderly brushing his hand as she would her own son’s. Her smile held the warmth of a sunrise.

We walked out of the restaurant together. Well, I walked and he rolled.

But in truth, I suspect that both of us floated – caught up in a wonder neither of us could fully comprehend, yet both of us will always remember.

And so will Emerald. 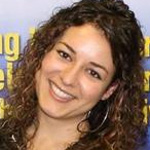 Emma is an Italian-South African with a New Zealand passport and an international heart. She spent years running a puppet ministry and directing student choirs, before going on to serve with Mission Aviation Fellowship in New Zealand (7 years) and Papua New Guinea (3 years). Currently a nomad living between various countries and towns, Emma's deep joy is in writing, music, hearing people’s stories and finding God in unexpected places.