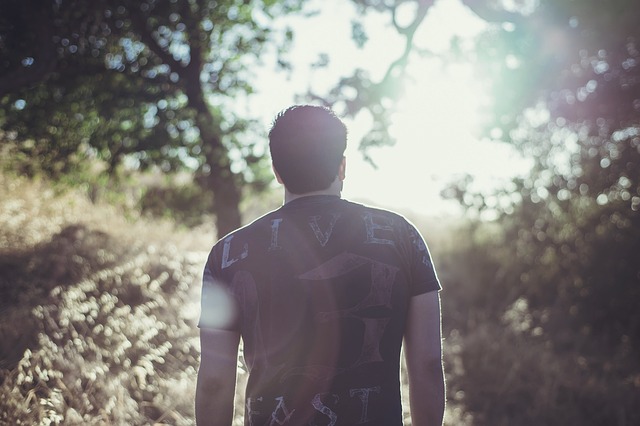 Sometimes hindsight can be a good thing, especially when thinking about the past, but often times, it can be a distraction from what the future holds. When delving into nostalgia, or reminiscing about past experiences of old, it can be comforting to think about the ‘good old days’. But sometimes the past can hold you back from laying hold of the future.

Whenever there comes a time when an opportunity comes your way, it is easy, almost second-nature, to think of what happened when you missed the last chance, or the decision you made that ‘could have been’. How we discern the past from the future can either make or break us; and this is especially true when dealing with events beyond our control.

I was having a conversation recently with Eva Kor, a Holocaust survivor who endured the horrors of the Mengele twin experiments at Auschwitz during World War II. When I asked her what her first reaction was when the cattle cars pulled into the camp, she said, “we prayed a lot to God, because that’s all we had.” However, knowing that this was the last place where people were sent to die made her more determined to live.

After she began to be subjected to the clinical experiments under Dr. Mengele, she fell extremely ill and was given the prognosis that she only had two weeks to live. But even though she knew the Nazi doctor was probably right, she realised that she had the power to prove him wrong. Survival no longer was merely an option, it was a right that she knew was hers to have.

To hear her story of survival challenged me deeply, as many in my own millennial generation believe that we have to prove ourselves in order to achieve our goals. The challenge has become more of a fight against authority than a fight against changing the status quo. For many, doing better than those around us is an achievable feat in and of itself.

Nonetheless, when Eva told me that we must forgive, not forget, it stunned me even more. How is it even possible to forgive and not forget? My entire upbringing had been centred around the opposite notion—that if we do not forget, we have not truly forgiven. Yet when Eva explained that to forgive means that the victim is no longer under the power of the perpetrator, it made perfect sense.

When one forgives another, it usually takes an enormous amount of patience, and an even bigger amount of courage. After all, time heals all wounds, right? Time actually points to the fact that this is not usually the case. For example, when we forgive someone who has served us a wrong, we choose to forgive them of that wrong. But what we tend to do is hold onto the hurt, so that if that same person makes the same mistake, we are quick to remind them of our ‘forgiveness’ of a previous wrong. This shows that we still remember the wrong done to us, yet are willing to let go. Wounds may heal, but the scars remain.

Have you ever been told you have to forgive and forget? Chances are you can’t. But as Eva Kor was able to stand on the same ground before Auschwitz, hand-in-hand with a former Nazi doctor years after the war and forgive her Nazi captors, proves that forgiveness is one of the most powerful forces this planet has ever seen. Such a formidable force should not be taken lightly.

Being on the receiving end of forgiveness can teach us a thing or two about what it means to have been in the wrong, yet be given a second chance. Perhaps our memories are not the best of timekeepers, as I myself have experienced.

Yet being able to have the opportunity to start afresh, to begin anew, to have a way to live again with the blessing that comes from being forgiven allows us to show this same forgiveness to others.