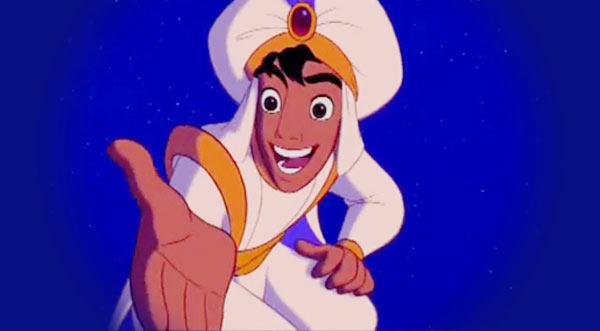 What do I mean? Who is Aladdin?

Those who have seen the Disney movie ‘Aladdin’ will know that there is a point in the story where he approaches Princess Jasmine. He wants to take her on a magic carpet ride and she is scared.

The carpet is (in the story, not in general life!) more than capable of taking him and any other weight wherever he would like to go. But yet, he has to ask her – do you trust me? He reaches out his hand to get hers and she gets on the carpet. They have a fantastic ride over the city and they fall in love. It was and still remains one of my favourite Disney movies. I wonder how I would be if I was Jasmine. Would I trust Aladdin?

God was asking me this same question about three months ago. I have to say that it was in response to a situation at work. I was challenged by God to trust him in a very specific situation. I said that I would not be willing to do what he was asking. He then asked me the Aladdin question – “Do you trust me?”

The ‘yeah I trust’ versus the ‘yeah I actually trust’

I had to respond to the question God asked and say I DO NOT TRUST HIM. This was a strange moment in my relationship with God. I felt like he appreciated my honesty, but it meant that I casted my mind back to all THOSE times; the songs, the prayers, the tears when I had felt my lips mumble the words “ I trust you” but I had not felt it in my spirit.

The weird thing was that for all the ways in which I was saying to God “I trust you and I seek you”,  when it came to my job and my finances I fell way short of trusting. I had gone my own way and it had not gone that well. Now God had seen me with my face down in the mud. I guess he was coming along like loving fathers tend to do, and asking if I would trust him instead.

The words were so specific; they were “trust me and let me bless you”. I have felt like I am going back to absolute basics in my faith – such as “How do I know if I actually trust you?”

I guess the answer comes from another basic question. Do I have peace? After I took action on the decision I made, I was expecting to feel quite scared and quite witless. Do you know that feeling? And I was fully expecting wave after wave of nerves and fear to engulf me.

What was I going to do? How was I going to get through this next season? Would I have to give up my flat? How long would it be until I find a new job? After wearing myself out with worry, I had nothing left. Perhaps in that moment, I felt so convinced that God was speaking clearly on this that for the first time, perhaps ever in my career/professional journey I felt incredible peace.

I knew that if God had said it, God meant it and that God was going to do it. I expected to be rushing and struggling to “create” or “force” the next step, but instead I found God acting on my behalf in ways that I had not experienced before. I had quite an amazing peace and belief that things were going to work out. I believed, for the first time perhaps that God is trustworthy – I do not believe that he will let me down or leave me hanging, or short, or out of time. He will come through.

God always asks for a return to basic maths. He always wants us to relearn and reshape our understanding of him based on truths that never get old. I begin to understand why we sing songs over and over again. When the nature and character of God is revealed in a song which you sing and sing, over and over again you make it part of your language.

I tried to find a song about trust on the internet. I stumbled across a beautiful song which talks about when the artist has seen that God has not moved the mountains, not parted the sea and not given the answers to her cries – she trusts in God. She repeats this three times; which is so great because that is the number of times I feel Jesus uses to get beyond our “pat” answer and get our real answer.

My trust in the Lord has at times felt almost fake. Not real and not effective. I have now taken a step to making it a real, authentic platform for my faith. It is still a bit wobbly, but it is there.

And that is the end of trust – is it not? JOY in my soul. I feel that when I trust the Lord and I know that I trust God there is a joy that rises and spills out in my spirit. That is what trust can feel like, what childlike dependence on God can look like. Let’s step out onto the carpet – God is waiting with his hand outstretched to us. Do you trust him? 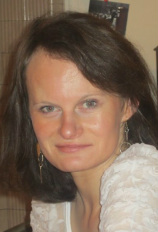 Rosie Robinson from England has been a young writer for four years.