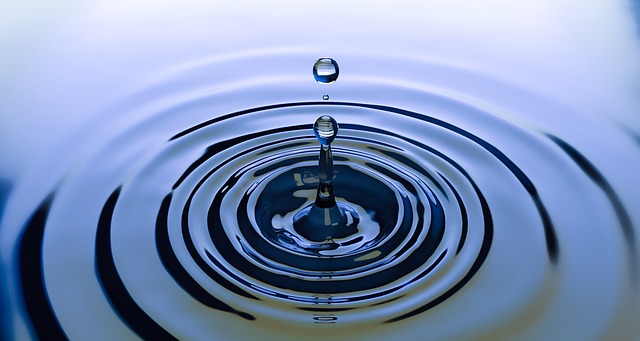 Ever sat on a bench and had an apple fall on your head? Ever then thought, You know what, I might just discover gravity. Well done Sir Isaac Newton.

Ever been intelligent enough that people called you an Einstein? Cast your mind to Albert Einstein making some of the most significant scientific breakthroughs of his day; general relativity, E=mc2 and possibly those little Einstein bobble-heads you can buy in all good retail shops.

In this cultural milieu, scientific rationalism was key. The environment had particular laws that governed the way it operated and anything out of the ordinary surely required a logical explanation.

Only scientific thought from now on

Increasingly our culture has progressed down the scientific/secular path. I look around now and think that having faith in God usually makes it extremely tough to be taken seriously by society.

Today’s scientific, evidence-based bubble that we live in challenges the very claims made by Christians about the faith they follow.

We have a conundrum. The Christian makes claims that Jesus was born of the Virgin Mary, conceived by the Holy Spirit. The Christian says that Jesus healed blind people, multiplied food, calmed stormy waters and rose Lazarus out of the tomb. The disciples said Jesus rose from the grave. The scientist doesn’t know how to prove or disprove these claims.

Should I just tell you about the miracles of Jesus?

I could therefore simply highlight to you some of Jesus’ miracles. You know, I could substantiate and attempt to validate a list of the greatest events in human history, and maybe you can stick it up on a wall and remember what Jesus did. The list would be grand. The list would be impressive.

Now, if you chose to allow me to include miracles that have happened within the body of Christ from the birth of the early church until now, then you’re going to need a bigger notice board.

I could list verifiable stories of the sick being healed, financial burdens being taken care of, of callings into specific areas of ministry, of God reconciling marriages and the list goes on. The witness of Christ, and the power of what he has done over generations is worthy of a catalogue of books on its own.

The problem is, if you don’t have faith to believe they happened, then my list will fall on deaf ears.

Is our scientific upbringing causing us to miss something?

Australians who have grown up in a scientific, rationalist society are generally suspicious when Christians speak of the miraculous.

Let’s consider what is happening here:

2. Bob is excited about that healing

3. Bob tells Barry about the healing

4. Barry is not impressed

5. Bob is feeling a little despondent

Barry has allowed his rational mindset to disallow anything that challenges the very foundation of what he believes.

Bob has an opportunity to strengthen his own faith and stay committed to championing the cause of the faith he professes, but instead succumbs to his feelings.

I’m cheering Bob on. He needs to not give up amidst all the voices and stay resolute about his faith in Christ.

Alan Hirsch says, ‘There is no way we can comprehend the ministry of Jesus, experience the power of the resurrection, or even understand the dynamics of the early church unless we give significant space to the idea that God can, and does, intervene in our lives and in history… Where the Spirit is, there will be the in-breaking of God through miracles.’

I celebrate the scientific discoveries of the last few centuries, but hope that one day we might seek to validate and appreciate the miraculous, because it is in those moments we witness a God who is both outside of time and space and also right there with us on this journey of life.

Gravity might have caused the apple to fall from the apple tree, but we don’t need to allow the gravitational pull of scientific rationalism to hold us back from embracing the wonder of God’s creative order.

That’s why I say: “Gravity may hold you down, but faith will lift you up”.