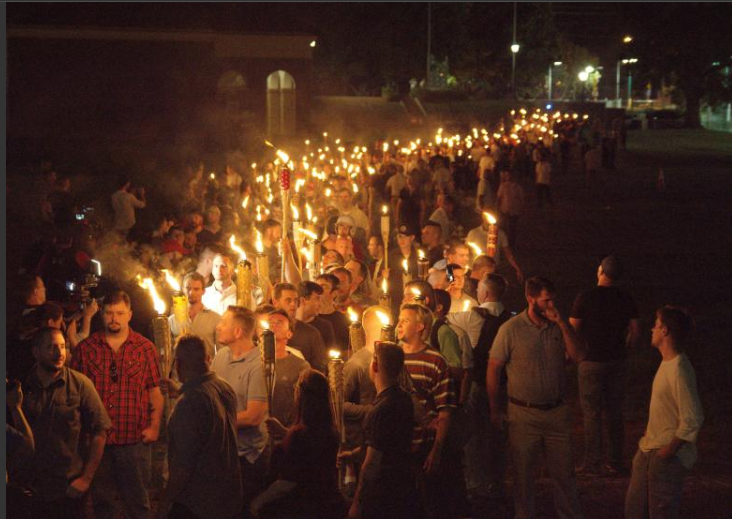 On August 12th political violence erupted on the streets of Charlottesville Virginia in the US between the 'Alt-Right' and counter-protesters. We saw the headlines. White supremacists, neo-nazis and the KKK had gathered for an apparent violent hatefest called Unite the Right resulting in the death of one woman.

Christian leaders and Christian media condemned the event in the strongest terms saying there is no place for violence, hatred and bigotry.

Is this is all there is to say about the Alt-Right and the events that happened in Charlottesville from a Christian perspective?

The Alt-Right is a subset of the conservative counter-culture I have been recently writing about, with a specific focus on white identity and perceived white interests.  While there is definitely some crossover and shared beliefs with the wider counter-culture, the 'Alt-Lite' for the most part has been keen to distinguish themselves from the Alt-Right.

Anyone who has been following the Alt-Right will be aware that the movement is growing rapidly. This is due to it being an intellectual movement consisting of hundreds of blogs and YouTube channels.

This movement will continue to grow in numbers in the future and may have an influence on western politics in the coming years. It is for this reason I believe that how the church responds now is pivotal and it must be prepared to respond to the Alt-Right constructively.

There are a number of reasons why I think the way Christians have responded thus far has been inadequate.

Firstly, the blanket labelling of the rally as 'white supremacists' and 'neo-nazis' is simplistic and ignores the fact that many of the people at the event and in this movement would not identify with those labels. There are many nuances of thought in the Alt-Right and it is important that we try to understand their beliefs accurately.

Secondly, along with the mainstream media, Christians have condemned Donald Trump for saying there were 'many sides' to the violence at Charlottesville. I believe Donald Trump was right to condemn 'many sides'.

Counter protesters of the rally included members of the violent leftist organization Antifa. According to eyewitness accounts they were flinging urine and feces, rocks, bricks, water bottles and coke cans at the rally attenders. Armed with pepper spray and baseball bats they were there to do harm. One Alt-Right activist may go blind due to having acid thrown in his face by a far-left activist.

Knowing the truth about what happened at Charlottesville is important to understanding why the Alt-Right is happening.

Most of us are becoming aware that we are living in an age of increasing political polarization that we have not seen in the west for a long time. We have seen frequent violent activism from far-left groups like Antifa at the presidential inauguration, demonstrating against conservative speakers at universities and free speech rallies.

Charlottesville is just one of the latest examples.

With the increasing radicalization on the left it is not hard to understand why a similar thing is starting to happen on the right as well.

The search for truth and meaning

It is easy to be against 'Nazis' but I believe as Christians we must do more than just condemn the Alt-Right or white nationalists as evil. We have to try to understand why the Alt-Right is happening.

This was a fringe movement for many decades but it is growing now in unprecedented ways and it is winning new converts every day. Why are young whites becoming interested in white identity politics?

If you look for white supremacy and bigotry in the Alt-Right you will find it. But if you look a bit deeper you will also find there is some very deep and poignant philosophical reflection of life in the modern west and the place of white people in it.

You will find a longing for meaning and a yearning for a sense of connection and brotherhood that the post-Christian west denies us. They are desperate for transcendence and to believe in something bigger than one's self.

It is a movement that is keenly aware there is something very wrong about the modern west. 'The empire of nothing' as Jack Donovan calls it; the materialism, the radical individualism, the loneliness and rejection of any honour of the past and ancestors. It is a movement that is disillusioned with so much dishonesty, hypocrisy and double standards when it comes to discussions of race and gender.

Much of the Alt-Right movement is skeptical of Christianity and is embracing paganism instead. We have to ask ourselves why is the Alt-Right winning converts with evangelistic zeal while the church is in decline?

Jesus cares about people on the fringes that are often misunderstood by the larger society. I think there are marginalized groups the church is doing well in reaching out to but may I suggest that perhaps one of the most marginalized and despised groups in our society today are the white nationalists?

I believe this is an opportunity for us to reach out to them with the gospel. We should critique where necessary but if we just condemn without trying to listen and understand their point of view we will miss an important opportunity to point people to Jesus.

Conor Ryan’s previous articles may be viewed at: