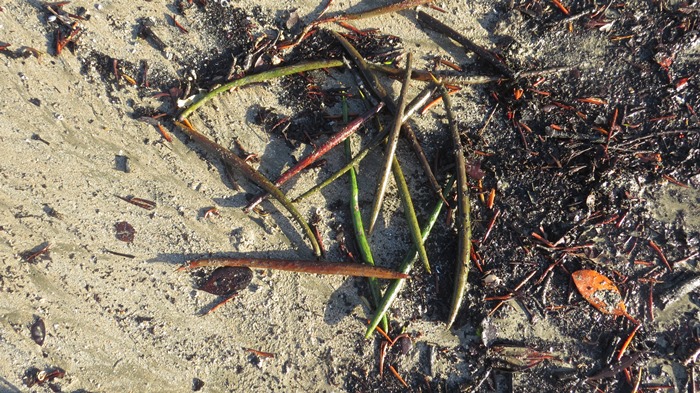 A couple of years ago, I wrote two articles about the effectiveness of modern vaccines, (this link is the first). This is a revision of the second (more scientific) article, with the inclusion of some recent research. Being Easter, I thought this an important topic – death to life.

Recent research and surveys have verified and reinforced the beneficial effects vaccines have had on our society. However,  some prominent (non-scientifically-trained) people seeming to discourage vaccinations.  This would endanger the health of our most vulnerable – tiny babies not yet able to be vaccinated, the elderly and frail, and those battling other illnesses that may compromise their immune system (we don’t know who they are – could be your neighbour or the person you sit next to at Church).

To allay some of the worries about the effects of vaccination, medical researchers now have evidence that autism is caused by a genetic mistake, sometime when the baby is developing. There is no external cause, and it cannot be stopped.  In fact, they have recently found some more genes that are implicated in some of the “autism spectrum” disorders.

Personal testimonies about diseases rife prior to vaccination

A Member of Parliament from Macarthur in NSW has offered to explain, in Plain English, why vaccination programs are important.

Labor MP Dr Mike Freelander says: ““I have worked as a paediatrician for almost 40 years and witnessed the last great measles epidemic while working at the Children’s Hospital in the 1970s,” he said. “I have seen children die and some be severely damaged by these illnesses which can be prevented by immunisation.”

In my extended family, we know of one Aunt who was deaf from childhood due to having measles.  A cousin of our age  got kidney disease, also from measles, as vaccines against measles were not available when we were young.  Although this cousin did get one of the first Australian kidney transplants, the whole process was traumatic for his young family.  He did live another 10 years, but still died far too early before his children were grown.

Closer to home, my wife Delma is hearing-impaired because her mother had rubella (German measles) which is a disease now prevented by vaccination. 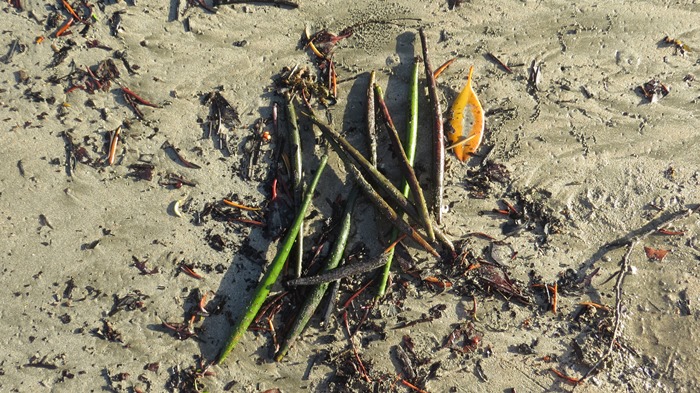 The most startling recent research  has  estimated that ten million lives have been saved since 1962 by vaccinations against a range of diseases including polio, measles and mumps. (In the US alone, they say 200 million cases of disease and 450,000 deaths have been avoided).

Saver vaccines were able to be mass-produced from 1963 after a breakthrough by a research scientist, Leonard Hayflick, who managed to culture (ie grow) a human cell line in a petri dish, thus enabling vaccines to be made and tested on human cells rather than animal cells. This made them much more effective and safer from any side-reactions.

Dr Hayflick comments: “"Vaccination is a particularly important issue to think about now, given the rise of an anti-vaccine movement that has the potential to reverse the health gains achieved through one of the most powerful interventions in medical history," Hayflick said. "The anti-vaccination movement endangers the health of an entire generation of children."

Measles outbreaks in California in 2014 and 2015 among un-vaccinated children are just one example of the resurgence of previously unseen diseases attributable to parents who wrongly believe that vaccines have been shown to be harmful.””

The author of this article concludes: "There is no medication, lifestyle change, public health innovation, or medical procedure ever developed that has even come close to the life-saving, life-extending, and primary prevention benefits associated with vaccines."

Back in Australia at the Australian National University, there is funding to try to eliminate TB by 2030.  This will be a three-pronged attack: a new vaccine, better monitoring of treatment of people already with the disease, and a program to reduce the cost of vaccines and treatment so that poor people can have access to them.

Now for the science behind vaccinations… ready for the lesson?

First, our immune system detects any tiny particles (including viruses and bacteria) that are “not self” to our body.  Next, it initiates a range of activities to try to get rid of the “foreigners”. Made up of several different groups of interacting specialised cells operating on three levels of complexity, our immune system co-ordinates an orderly process of physical, chemical and biochemical reactions to try to destroy and eliminate any of these “foreign” invaders.

Isn't this amazing? Psalm 139 verse 14: “I will praise thee; for I am fearfully and wonderfully made: marvellous are thy works; and that my soul knoweth right well.”

Vaccines work by copying nature in a safe way

Taking advantage of the body's natural way of defending itself, vaccines introduce  safe, modified (or “killed”)  micro-organisms  into your body. . No-one can possibly get the 'flu from the vaccine.

But our immune system still recognises these particles “foreign”, and  it produces natural  antibodies to neutralise them. Antibodies look like a negative “mould” of the foreign particle, which they sticks to like a lego brick. This marks the invader  for destruction by other chemicals in the body.  The “goodies” (antibodies) remain in the bloodstream ready to multiply up if they contact that same  “baddie” another time, even after the infection has gone.

This is exactly the same way you become immune to some diseases after you have been ill.  But vaccines are designed to have a minimum reaction; it is a  much safer option than getting sick, yet it produces the same protective antibodies. Vaccination programs also protect the whole community because not so many people will harbour the live “germs” in their bodies.  The germs cannot be spread around; public immunisation  has avoided many epidemics. (See my previous article on vaccines.) 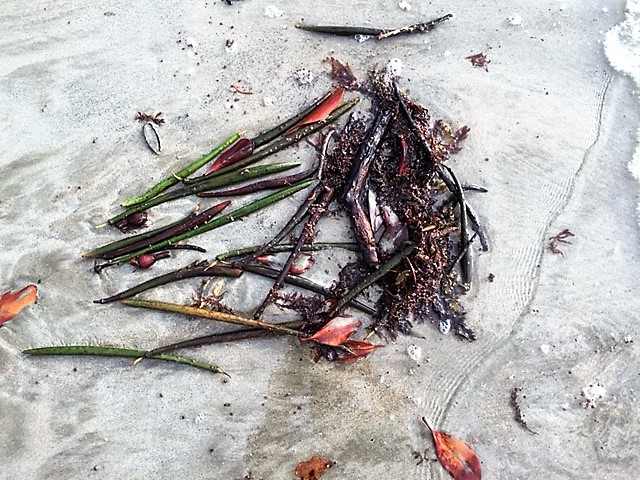 Some statistics about 'flu from around the world

How effective is a vaccination?  The true answer is “it depends”.

Nothing in biology is perfect.  Not everyone will get total immunity either from a vaccine or from catching the disease naturally; and some people have a natural immunity. (For example, young relative of mine had chicken pox three times, and her sister, who was with her, didn't get it at all.)

Already, smallpox has been eliminated world-wide; polio is only present in small pockets of inaccessible populations; and very, very few people have ever seen a case of diphtheria or tetanus in our privileged Western world today.  These diseases killed many children under the age of five in the past.

Careful analysis of statistics over large populations all over the world has shown that effective 'flu immunisation campaigns prevent more disease, more epidemics, and certainly more serious complications resulting in hospitalisation or death, than the natural disease.

Published statistics about the effectiveness of influenza vaccines from various sources indicate that  the effectiveness is between 70% and 90%; and it prevents death from secondary complications such as pneumonia  in up to 80% of the elderly and infirm. These statistics are variable, partly because the 'flu viruses differ each year, and partly because people report that they had the 'flu after immunisation, but  it may have been the  common cold (which the vaccination will not prevent).

Why we need a 'flu vaccination every year

All types of 'flu virus mutate very easily in nature. Some of these changes make them less dangerous, but a few make them more dangerous, and some may make them easier to catch.  Sometimes a 'flu virus that was only in animals, can suddenly change to infect humans too.  (Then they are known as “bird 'flu”, “swine 'flu” etc).

Because these variations are random, and perfectly natural, there is no way that scientists can predict exactly which viruses to use to make the vaccine for next year. They can just use a “best guess” from the previous winter in the opposite hemisphere.

It is also impossible to include pieces from all of the hundreds of viruses, so only the most virulent three virus types are included to make the vaccine.  Medical research has shown that vaccination from these strongest strains gives some partial protection from other related strains too.

In summary, vaccines stimulate the natural immune system in a safe way.  Immunisation programs around the world have been effective at reducing illness, disability and death.  Over the past 60 years, vaccines against influenza (the 'flu) have helped reduce or prevent epidemics such as the horrific one in 1918.  Even if not 100% effective, the 'flu vaccine will protect people to some extent, reduce its circulation in the general population, and even reduce the severity of related 'flu strains.  Certainly, it helps stop secondary infections and complications. Remember, though, it does not protect you against the common cold, which is a different disease!

Enquire at your local GP around the end of March to see if they have it yet.  It is free for the elderly and others who have compromised immune systems.

Note: This is NOT medical advice, but a review of the published science.  If you (or someone you are caring for) becomes ill, has trouble breathing, has high temperatures or you are worried about something just not being right, then seek medical advice to get accurate diagnosis and medical intervention. 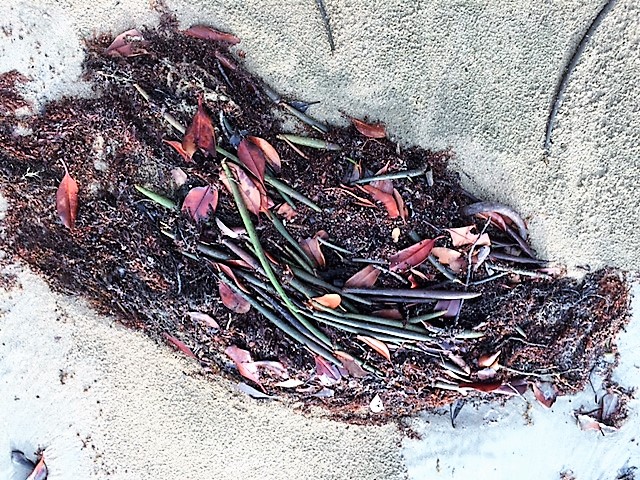