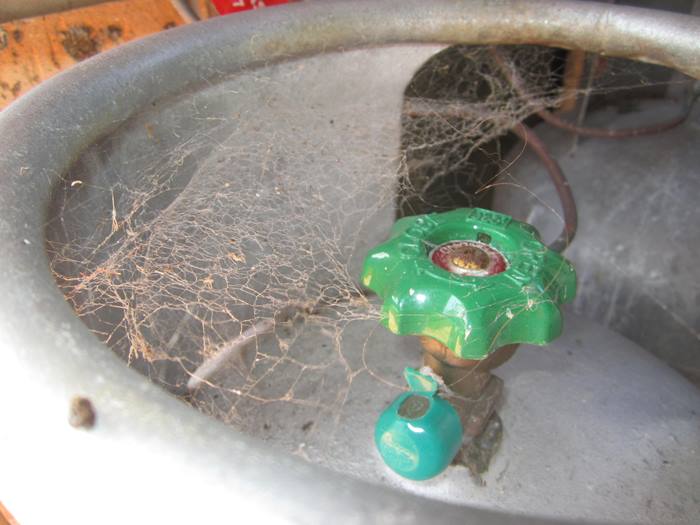 Way back in 2014 I wrote an article on spiders getting bigger which was initiated in an article in The Conversation. Now the NZ Herald recently cited that these self same spiders are very hungry and moreover they could eat us all. Spiders mostly eat insects, although some of the larger species have been known to snack on lizards, birds and even small mammals.

Given their abundance and the voraciousness of their appetites, two European biologists recently wondered: If you were to tally up all the food eaten by the world's entire spider population in a single year, how much would it be?

Martin Nyffeler and Klaus Birkhofer published their estimate in the journal the Science of Nature earlier this month, and the number they arrived at is frankly shocking: The world's spiders consume somewhere between 400 million and 800 million tons of prey in any given year.

That means that spiders eat at least as much meat as all 7 billion humans on the planet combined, who the authors note consume about 400 million tons of meat and fish each year. The total biomass of all adult humans on Earth is estimated to be 287 million tons. Even if you tack on another 70 million-ish tons to account for the weight of kids, it's still not equal to the total amount of food eaten by spiders in a given year, exceeding the total weight of humanity. Moreover they would still be hungry.

Our family has many stories about spiders and spider-phobia, the scientific world known as arachnophobia, the fear of spiders. Our family lived in Moruya on the NSW south coast for 14 years where the children did their schooling and I was serving as the Master of the Australian Institute of Sport elite athletes respite facility Basil Sellers House (project known as Timeout in Moruya – a phrase coined by the AIS chaplain the Rev Peter Nelson).

All this was on a 10 acre block of ironbark forest, not far from the ocean and it was, what I might mildly refer to a spider heaven. I can recall countless times when a tranchilor looking spider was in my van and on at least two occasions while driving somehow ended up crawling all over my head. I learnt to brush them off.

But our eldest had a fear of spiders which was abnormal. On one occasion was just leaving someone's house, only driving slowly, saw the spider and leapt out of the driver's seat and let the car roll on. At another time she was in the shower and saw a spider on the towel and waited for several hours until someone came to the rescue.

On a third occasion, I was driving toward town in Moruya and saw my wife Delma's car on the side of the road with all the girls (4 of them) outside and immediately I figured someone had seen a spider in the car. Sure enough when I finally got home, I got the whole story. 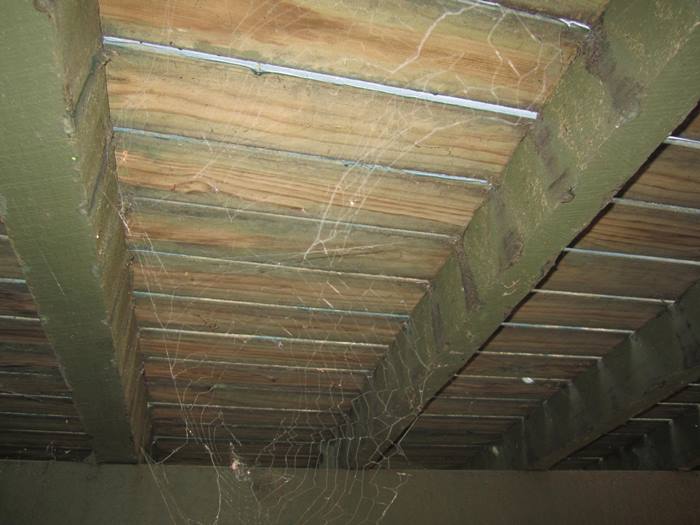 The Bible and spiders

The Knowing Jesus series has four listings for  spiders in the bible. Job 8 verse 14: Whose confidence is fragile, And whose trust a spider's web. Isaiah 59 verse 5: They hatch adders' eggs and weave the spider's web; He who eats of their eggs dies, And from that which is crushed a snake breaks forth. Job 27 verse 18: "He has built his house like the spider's web, Or as a hut which the watchman has made.

Proverbs 30: 24-28: this is a longer section of scripture: "There be four things which are little upon the earth, but they are exceeding wise: The ants are a people not strong, yet they prepare their meat in the summer; The conies are but a feeble folk, yet make they their houses in the rocks; The locusts have no king, yet go they forth all of them by bands; The spider taketh hold with her hands, and is in kings' palaces."

The Expository files says this of verse 28 - the final creature mentioned in the passage again poses a translation problem. What exactly is the writer describing? The KJV renders the Hebrew word “semamith" as "spider," while the NAS renders it "lizard." Other translators even attach the word "poisonous" to the creature being described. More puzzling, however, is the meaning. Unlike the earlier creatures, the analogy of the spider is not so clear.

In his commentary of the passage, Matthew Henry says: "Spiders are very ingenious in weaving their webs with a fineness and exactness such as no art can pretend to come near. They... spin a fine thread out of their own bowels, with a great art; and they are not only in poor men's cottages, but in kings' palaces."

Perhaps, then, the Proverb writer would have us understand this: The beauty of the spider comes from within, and he shares this beauty whether in a poor or rich man's dwelling.

The expositor says of this: “If this is the meaning, then there are many wonderful biblical examples of men and women whose inner beauty brought hope to both the rich and poor of the world. Joseph spun a web of beauty and godliness whether in prison or elevated to power in Egypt (Genesis 39-41). Job spun a web of beauty ? a web of service ? when wealthy and when destitute. And let's not forget Paul. Whether preaching to the poorest of the masses or while imprisoned in the splendor of Caesar's palace, his inner spiritual beauty overflowed in his message of love for all who would serve God.

It is in the Good News of Christ, springing from within the true believer that "the rich and poor meet together: the Lord is the maker of them all" Proverbs 22 verse 2.

In my view, the ordinariness of these examples illustrate that spiders are very much part of life and the ecology of the planet and for some reason, even without David Attenborough's wonderful television programs on creatures great and small, they have been around as part of the creation. 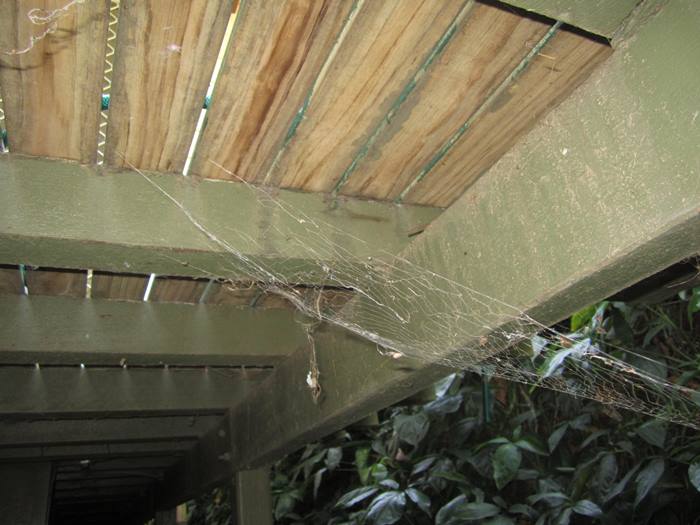 The study found that when spiders lived in urban areas they increased in size and had larger ovaries, indicating increased reproductive capacity. There were strong associations in particular between spider size and the presence of hard surfaces (such as roads and buildings) and lack of vegetation. These hard surfaces contribute to the urban “heat island” effect, which makes it warmer in cities than surrounding areas.

It is also likely that there is more food for the spiders in the city as a result of night lighting and increased resources. This combination of warm temperatures and more food would allow spiders to put more energy towards growth and reproduction. The report went on to suggest there were fewer predictors of spiders under city night lights.

The report also stated that many plant-eating insects may become pests if spiders aren’t around to eat them. Spiders are also an important food source for many birds. The implication of these studies is that human activities are not just affecting which species can live in cities but may be causing the animals to undergo environmental change. It's a bit like the first world's love of fast food and the increase in obesity levels. Now, to add to the dramatic world of spider land, scientists in South America have found a spider the size of a puppy.

Summing up, The Conversation states: By gaining a better understanding of the impacts of urbanisation on wildlife in cities we can work towards creating healthy, functioning ecosystems in urban areas. My votes goes for keeping spiders! There is a very definitive place for incy wincy! And smart – just look at this article on how a spider anchored it's web. 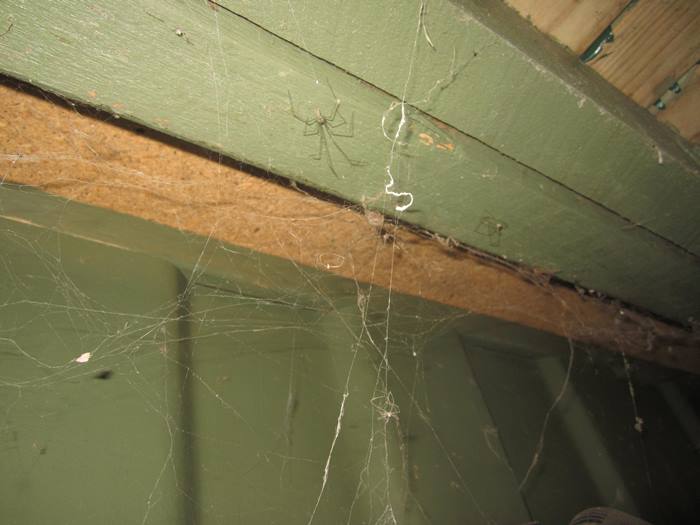