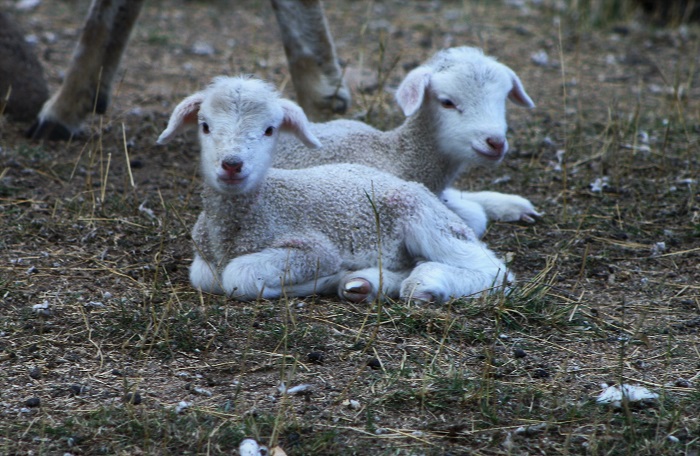 Lambing time at the Skinner ranch means some sleep deprivation and an occasional sad ending. I’ve been around sheep my whole life and sometimes I feel I know more about them than I do about myself.

Here on the ranch, well, little farm you might say, we run about 50 cross-bred ewes. Among them are some pure-bred Dorpers and Poll Dorsets, the rest are crosses of these two meat breeds and others are of unknown lineage.

Our flock has produced some fairly good lambs, we’ve won the Supreme Prime Lamb at Warwick Show the last two years, so we’re doing something right but it’s this time of year, mid-August through September, when we lamb and it’s the most harrowing time.

Probably 80 percent of the ewes will lamb without a care in the world, another 10 percent may need a little help, either matching them up with a twin lamb they’ve forgotten they had or fetching them into a safer place, away from wild dogs and foxes.

It’s easy to carry a lamb but if mum can’t see it, she will keep running back to the last place she did see it so, it has to be carried out of the bush where she’s hidden away to give birth at a level she can see. Like most animals, God never intended for them to look up.

When you’ve walked 500m bent over with a lamb just above ground level so mum can see it, and bring it into the yards where safety lies, it takes a little while to stand straight again; after all, I am 70 now. 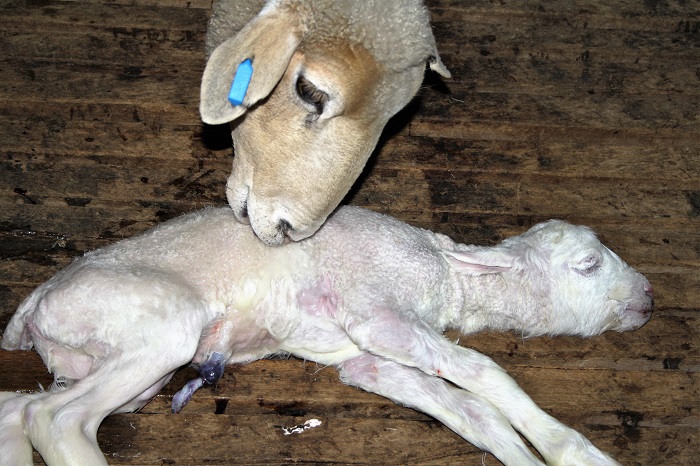 It’s the other 10 percent where the real problems kick in. The ‘rule of thumb’ is to observe and not interfere until the ewe has been trying to lamb for two hours. We look for two little hooves, right way up, protruding from the uterus and if mum hasn’t been able to push them out, either of us will give a hand and this is usually a successful ending.

We attach a piece of twine around the leg above the hoof and gently pull each leg, first one then the other and pretty soon, there it is and mum, who is often exhausted by this time, starts licking. We usually have a small towel to rub the slow ones but mum’s tongue is the best and most natural way to get the little one moving.

Then there are the ones where the little hooves are upside down which usually indicates a breach birth.  Not too much trouble here if we are able to get hold of the legs and pull them out. Again, this is quite often a successful birth where mum just needed a little help.

Just When You Think You’ve Seen it All

Then the bad ones. Last year I brought a young ewe into the yards with a swollen head hanging out under her tail. Mum was running, frightened by this strange thing attached to her and we knew there was a real chance of a poor outcome. Fortunately, the young mum came in with a few other ewes and I was able to run her into the woolshed and into a catchpen.

With a head-first birth, the head should be pushed back in and the front legs pulled out which can mean going in well past the wrist – I learned to do this aged about 10 on my grandparents sheep property when my two uncles said their hands were too large and mine weren’t.

A steep learning curve for a 10-year-old, but lessons I’ve never forgotten and which have saved hundreds of lambs since. The swollen head was not going back in, no way, so other methods needed to be employed and yes, young mum with a swollen head under her tail did lamb twins successfully but not without a great deal of effort and concern on my part. 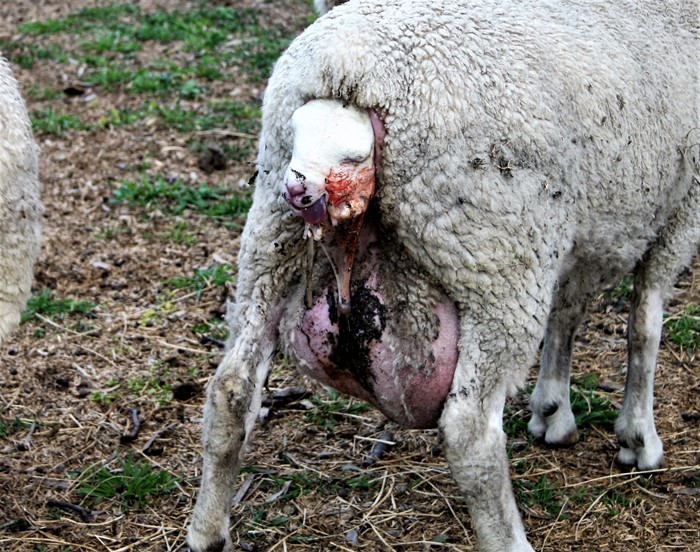 One Up, One Down

One of the other birthing problems is a ewe with twins and the lambs tangle-up in the womb. I once tried to pull two tiny front legs only to find they didn’t belong to each other but that’s another story. The other problem is one front leg out, the other back.

You can do this yourself – put one arm out straight in front, the other out behind then notice how your shoulders are twisted. Not good if you’re a lamb trying to exit a small passage.

This is again, hand in, find the leg, ease it forward and gently pull and hope there’s not another set of legs tangled up.

Three years ago, during a real dry time, we lost 11 lambs and five ewes, last year only four lambs and all the ewes survived. Since I started writing this article we’ve had a premie-birth and lost twins, a pity as both were fully formed. Nearly all animals, in their natural state, have no problems birthing and I’ve seen plenty. It’s when man intervenes in the breeding and cross breeding where troubles start.

Too late now to go back unless it’s to Texas Longhorn cattle which were left alone in the wilderness for 300 years and only those who calved easily and had large horns to defend themselves and their offspring against predators survived. They are a hardy breed, strong, robust, easy calvers, easy doers, excellent mothers and very fertile – and humans had little to do with it.

I sometimes wonder if there’s a lesson here for us. 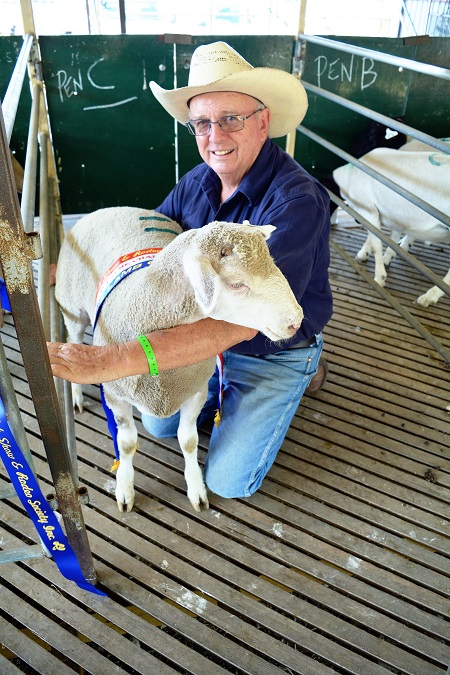