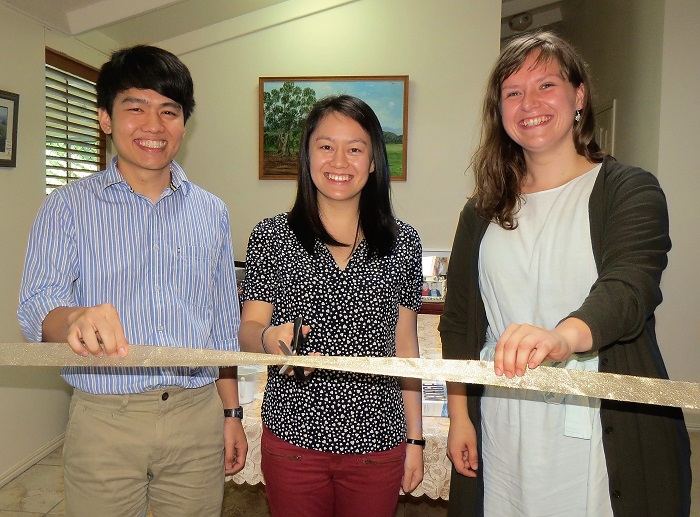 There are three articles per day being published in CTNZ

The first two articles listed above 'each evening' Irenie How uploads onto the CTNZ platform - whereas - Natalie Chu the editor of Christian Today uploads the feature article.

Irenie highlighted the 'young writer team of three' who email each morning the published article on CTNZ to NZ Christian media – these are Esther Koh, Sabrina Meyer and Michele Ong. This has bought much good will. 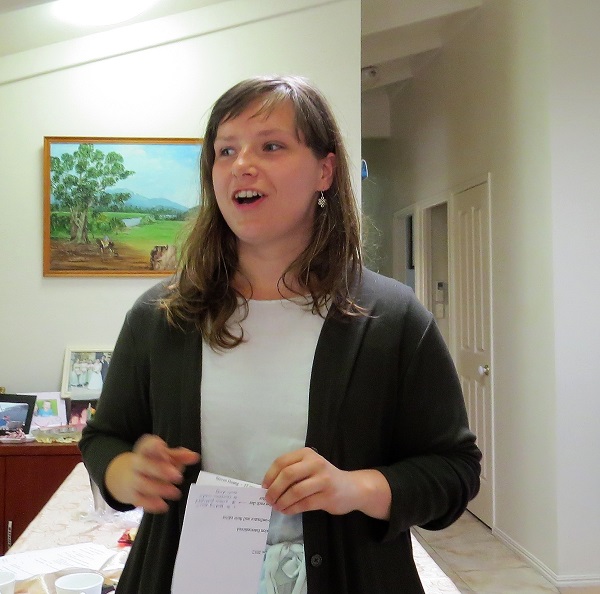 Natalie Chu the editor of Christian Today addressed the gathering by explaining that the original plan of a mirror image of CT Aust for CTNZ has been the philosophical driving force to see it all happen. In effect both CTNZ and CT Aust are two separate internet sites, but that the same articles for the most part are published.

The sites are housed by CMCI – Christian Media Corporation International – along with sites on several different continents – with a daily reach of 10m reader followers - New Zealand is the latest one.

Natalie explained she has been the editor of Christian Today Australian for three years and spent 18 months in New York in CMCI learning the ropes – the headquarters of CMCI has now relocated to Washington DC.

The development of CTNZ has been a delight working with Irenie How and the Kiwi young writers along with Press Service International's Dr Mark Tronson who envisioned this and established it last year, allowing these first three months of 2017 to CTNZ fruition.

Steven Huang the Christian Today IT specialist explained in much detail the difficulties in seeing such a CTNZ come on-line and then purse the fixes that something as new as this takes - with international impact. Steven explained all this for those gathered and leaving everyone with confidence for the future. 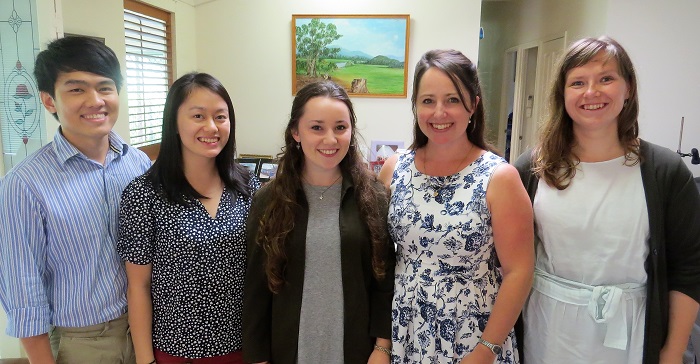 Rebecca Moore of the planning group for the 2017 young writer conference and annual awards set for Saturday 12 August on the Sunshine Coast provided a 'happy and exciting' account for the day.

The Alexander Headland conference centre is adjacent at the beach, there are plenty of accommodation options, shops and eating places with the day starting at 9.30am with a morning tea followed by a 10.00am professional sword-craft display in costume.

Speakers have been sought, a time for the young writers to meet in their 'week' groups, there will be 'spot' interviews throughout the day and the awards at 4.00pm will follow as in previous years.

Members of the planning group who were at the launch were Cartia Moore, Kandima Awendila, Wes Tronson and Rebecca Moore while Bridget Brenton took a video of the launch proceedings.

Cartia Moore then addressed the gathering on last year's young writer conference in Sydney and the benefit gained from that experience and says this year's on the Sunshine Coast will be even more …. 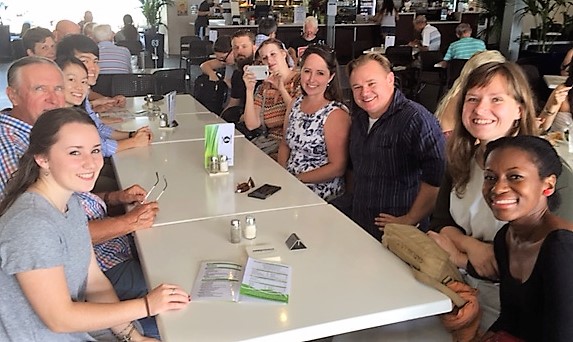 Lunch at the Kirra Hotel Family Restaurant by those gathered at the launch.