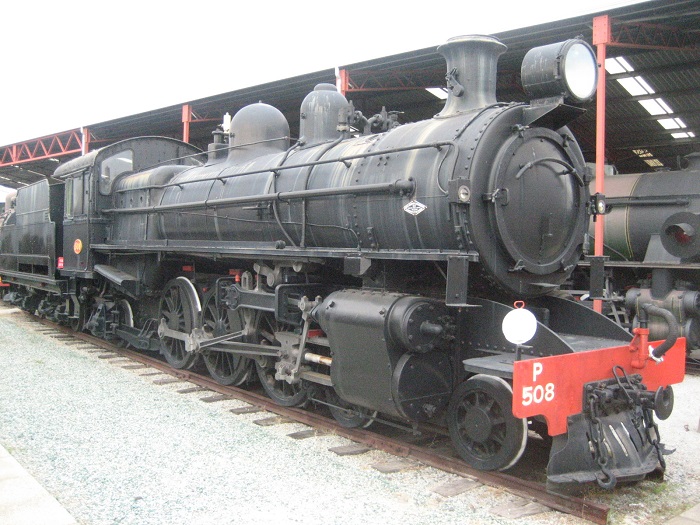 The Footplate Padre in his 16 books on railways specialising in train driver's anecdotes notes that wet and oily rail tracks have created havoc on railway operations for as long as trains have been operating.

This was highlighted in Western Australia where a few years ago a stationary train was run up the back by a slow moving train which could not stop, it kind of slid into the crash at Clarkson platform on the Joondalup line.

This is a good illustration: the issue it seemed were the Millipedes after the tiny arthropods were spotted in their hundreds on the tracks. Locomotive crews had previously been warned about the bizarre occurrence, with an infestation of Portuguese millipedes thought to have caused train tracks to become slippery when crushed by the wheels of a passing train last year.

The problem was reported in Rockingham and Kwinana, and on the freight network, whereupon insecticide was sprayed in and around the tracks last September. In 2009, a plague of the millipedes - latin name Ommatoiulus moreletii - overran railway tracks at Tallarook in central Victoria, causing several trains to be cancelled. 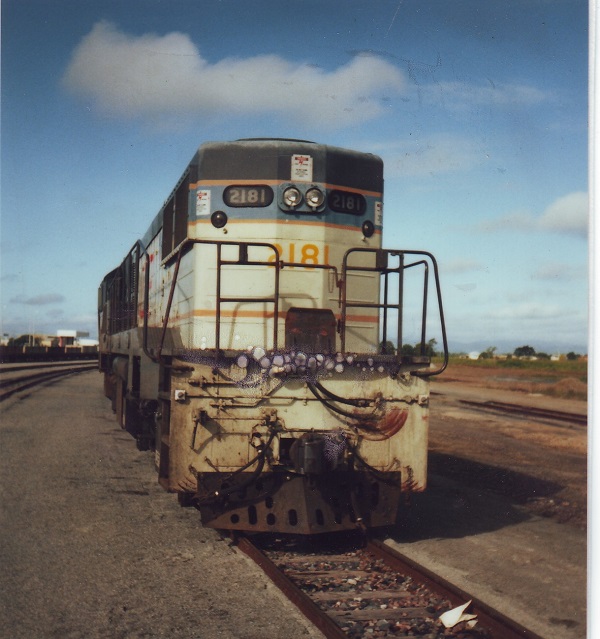 All locomotives have a sand box with sand pipes which funnel the sand within centimetres of the rail line head – this flow of sand allows the heavy locomotive wheels to grip the line and thus power ahead.

As a trainee enginemen based at the old Goulburn Roundhouse in 1968, one of the tasks of the young blokes like me, in the 'shed' was to fill the sand box. There was a sand tower with a sealed vat of sand (had to be sealed so as not to allow the sand to get wet) with a long leather funnel.

A locomotive driver could hear the wheel's slip as a high whine sound could be heard easily identifying the problem. The driver had a sand foot button on the floor of the locomotive cabin in easy reach of his feet and once depressed, the sand would be released from the sand box high up in the locomotive and simply gravitate down the sand pipe onto the rail head as described.

In the Footplate Padre's trainee enginemen days attended a fortnight's Acting Fireman's School which was followed by a two week period on the 'road' learning the ropes, the first trip accompanied by a Locomotive Inspector for a hands-on instructional trip. Then they were on their own working as a locomotive fireman for this two week period before returning to the roundhouse. 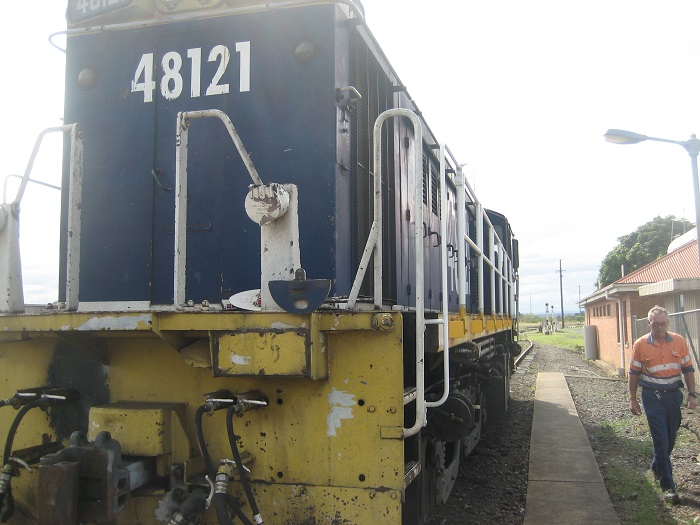 Sand pipe sits at the front of the driving wheel

His first trip with a locomotive inspector was a 36 Class steam engine on the main south hauling a slow freighter and the return trip was on a 42 Class diesel hauling a cement train. His description of these trips can be read in his book “Driving Trains the Australian Way”.

On another of those Acting Fireman trips he and the driver signed on at Goulburn Railway Station in the early hours of the morning and relieved an incoming crew on a goods train from Enfield in Sydney heading to Queanbeyan. It was a clear night and therefore the dew settled onto the rail line head.

The driver suggested that the acting fireman do some driving to gain some experience  and it wasn't long when climbing the grades that shrill wheel spin sound was heard and so the sand foot button was depressed. Much to his chagrin he discovered that the tradesman had not fixed the complaint written in the locomotive's repair book that the sand foot pedal was too heavy to push down.

In effect, he had to stand to depress the sand foot pedal it was so heavy and so they climbed the grades at which point he realised why the driver was so keen to give him the driving seat. The wry smile on the driver's face told the story.

The Footplate Padre says of all this that not every seeming favour is a favour at all. All too often there is some underlying agenda and the Christian needs to have their discernment antenna up and alert at all times. It's a New Testament theme. 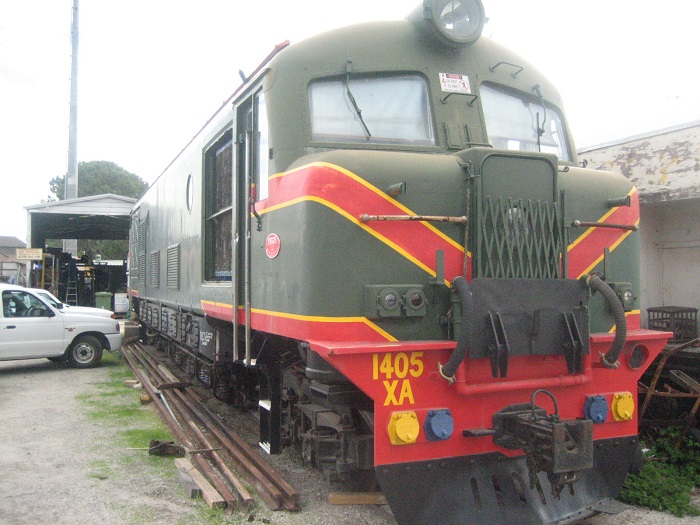