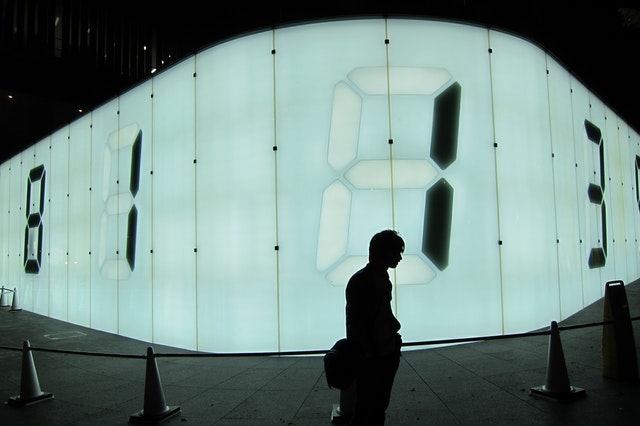 Perhaps you can remember May 2011, when an American group predicted that the Rapture would take place on the twenty-first. They broadcast their message globally, and purchased billboards, advertising space and vehicles to spread their message. Christians quit work, sold homes, and spent their life-savings in anticipation.

I was serving in the Middle East and we all joked that this would be the end (at three minutes past midnight we did come under attack!) Overall however, the day came and went, and no Rapture took place.

Christianity seems to have countless examples of people incorrectly declaring that the world is ending. It’s something non-Christians (and Christians) love ridiculing.

So it comes to the surprise of many that Christianity is hardly monolithic on the end-times. In fact, it is one of the most controversial and debated issues within evangelical theology.

Therefore this article aims to very briefly survey the major end-times views. Of course this article can only give a meagre overview, and will hardly do justice to any position. My only hope is that it serves as a faithful introduction.

A central issue of debate is the millennium—the thousand year period of Revelation chapter 20, verses 1-10—in which Christ reigns on Earth. The main views I will look at are named after when they view Jesus returning in relation to this millennium.

Amidst numerous differences, one important thing to remember is that evangelical Christians agree on several key points: Jesus will return at some point (Acts chapter 1, verse 11), and there will be a bodily resurrection and judgement (John chapter 5, verses 28-29).

Perhaps one of the most well-known views today is Premillennialism, in which Jesus returns before the millennium, and there are two resurrections. The first is a resurrection of believers, who rule with Christ during a literal thousand year rule of Earth following Christ’s return. At the end of this millennium, the remaining dead are raised for the final judgement.

This understanding appears to have been common in early church history, and is often described as Historic Premillennialism. However there is another well-known type: Dispensationalist. This form holds the above points, but also posits that there is a sharp distinction between Israel as the physical people of God, and the church as the spiritual people—they are two different people of God, with different salvation plans. It was created by John Nelson Darby in the 1830s.

Dispensationalism is also known for belief in the secret rapture of the church, followed by a tribulation, then Christ’s return and millennial reign. This view has been made famous by the Left Behind series and other such works.

In contrast, Postmillennialism teaches that Christ returns after the millennium (which isn’t necessarily one thousand years). Basically, this view posits that God’s Kingdom will continue to grow slowly until the success of the Gospel proclamation will eventually produce a time in which faith, peace, and virtue constitute a ‘golden age’.

This golden age, ushered in by the church evangelising and transforming the world, is the millennial rule of Christ. It is then followed by His second coming and the final judgement. Adherents believe that Postmillennialism takes seriously the biblical picture of the Gospel advancing, and God’s kingdom expanding like a mustard seed (Matthew chapter 13, verses 31-33). It also, contrary to Premillennialism, accepts that God’s reign is not marked with observable signs (Luke chapter 17, verse 20-21).

Although it had antecedents, Postmillennialism became most popular after the Reformation.

Finally, Amillennialism views the millennium not as a literal thousand year period, but as Christ’s reign on earth in general. The view regards the thousand years of Revelation as a symbolic number, as Revelation is filled with symbology, and ‘one thousand’ is elsewhere used figuratively (Psalm 50, verse 10).

It teaches that Jesus is currently reigning on earth from heaven, seated at the Father’s right hand (Romans chapter 8, verse 34). Therefore God’s kingdom has already been inaugurated, Christ rules spiritually, Satan is restricted, and the church is charged with spreading the Gospel until Christ returns. At the end of the millennium, or church age, Christ will return for the final resurrection and judgement, and establish the new heavens and earth. In this view there is only one return of Christ, and one judgement, without a thousand year gap (John chapter 5, verse 28-29). The millennium is simply the time between Jesus’ first and second coming.

Amillennialism was fairly common in the early church fathers, alongside Historic (not dispensationalist) Premillennialism. It was then propagated in the fourth century by Augustine, and became the dominant view in the medieval and Reformation eras. It is currently widely held in Eastern Orthodox and Roman Catholic theology, and has recently become more prominent in Protestant circles again.

Hopefully that gives a basic overview of the major end-times views. But it leads to a major question: does it really matter? Unfortunately, many Christians view this as a ‘hill to die on’, making their particular view a non-negotiable part of the Gospel.

The damage caused by this is lamentable. The similarities between the views are far more important than the differences. What truly matters is common to the three views: Jesus Christ, God the Son, came to earth and died for the sins of humanity so that those who repent and believe can be reconciled to Him. He rose again and ascended to heaven, promising that one day He will return to judge the living and the dead and restore all things. Until that day, Christians are charged with sharing the Gospel so that others may be reconciled to Him.

So it’s good to study these views and come to your own conclusion, but faithful Christians can belong in any camp. Our task is not plotting end-times charts and predicting dates, but sharing the Gospel with the world.

Haydn Lea is an Associate Pastor in Queensland, and is currently studying his Master of Arts (Theology). He has been a member of the Royal Australian Air Force since 2007, and is now training to be an Air Force Chaplain. He is married to Shamsa Lea, is the father of Amira, and loves boxing and studying Theology. Although he loosely holds to Amillennialism, he understands that “many who belong to the pure and pious faith, and are true Christians, think otherwise" (Justin Martyr, a Premillennialist, in his “Dialogue with Trypho the Jew”, 155-160 AD). His wife is a “Panmillenialist”, believing that it will all ‘pan out’ in the end.