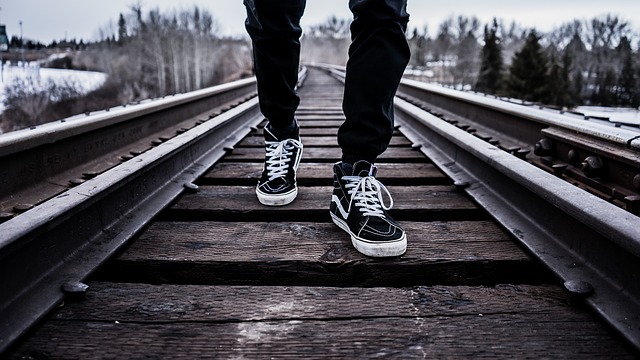 Have you ever heard the idiom, “two steps forward, one step back”? For a long time, I have always been confused with this statement. But recently, as I was contemplating on what is meant by the catchphrase of ‘progress’ that we often hear about in the media, in politics, perhaps even at the workplace or the schoolyard, it seems that we often have to evaluate our steps before we make them. As history has shown, the best lessons are learned through our most tragic mistakes.

Life often throws us a curveball which we react to in seemingly different ways. Some people react in a way that is opposite to their natural inclinations; others seem to act out of ambition or even vain conceit. However, it is the times when we make definitive decisions that affect individuals other than ourselves that makes the biggest difference.

I recall conversing with Jim Zwerg, one of the original Freedom Riders during the early 1960s, when the Civil Rights Movement was at its peak. During those early days, the Freedom Riders were known to lead the movement to desegregate public buses, particularly in the South, in an effort to pioneer a peaceful protest or racial prejudice in America during that time. Jim was one such individual, as a Caucasian male, who decided to take a stand with his fellow African-American colleagues, to personally affront racism in his own way.

However, as Jim tells the story, things did not go as planned. As Jim tells the story, “We had already gotten off the bus and collected our luggage. John Lewis [a fellow Freedom Rider], was just stepping up to a mike set up by the media, when a mob seemed to come out of nowhere, screaming and brandishing weapons. I bowed my head and prayed. I asked God to be with me, to give me the strength to remain nonviolent, and to forgive them. At that point I was pulled into the mob and was quickly rendered unconscious”.

Despite being personally attacked, beaten and bruised, Jim’s faith and commitment to helping his fellow man never wavered. He continued to speak out against racism and violence long after the desegregation laws were passed and the Civil Rights Act was put into effect. Yet his decision to march forward, even in the face of persecution, yielded a result that was not expected, but was definitely worth the pain.

When I asked Jim, who later became a pastor, what caused him to make his decision to stand and face the mob rather than turn and run, he said, “the longer I was in the movement, the deeper my dedication and commitment to nonviolence became. I was never so spiritually alive and certain that I was doing God’s will. Love and forgiveness became second nature”.

Later, when Jim was presented with the prestigious Freedom Award by Martin Luther King Jr. himself in 1961, the feelings of gratification, not recognition, were the feelings that flooded his soul, and reaffirmed his decision to embrace nonviolence as a way of life. It is one that spurred him forwards, not backwards, in his decision to make a difference.

Pressed down but not crushed

Oftentimes, we are put in positions beyond our control, when our basic decisions, though seemingly small and insignificant, can have a big impact on our own lives, and the lives of those around us. The result may be that we are pressed down, but not crushed, we are persecuted, but not abandoned, we are struck down, but not destroyed - as the Apostle Paul says (2 Corinthians chapter 4 verse 8-9). Maybe we still have the scars to show for it, and perhaps, even like Jim, we get our teeth knocked out, literally. But we know for sure that our lives are on a path that has been planned out for our good, and as we march forward, we may be forced to take one step back, but always, two steps forward.

A third-culture-kid born in Australia to Indian parents, Joseph returned from California where he was studying theology at Fuller, and is currently serving as a missionary in South India through a missions agency, while still continuing his love for writing by contributing to PSI.