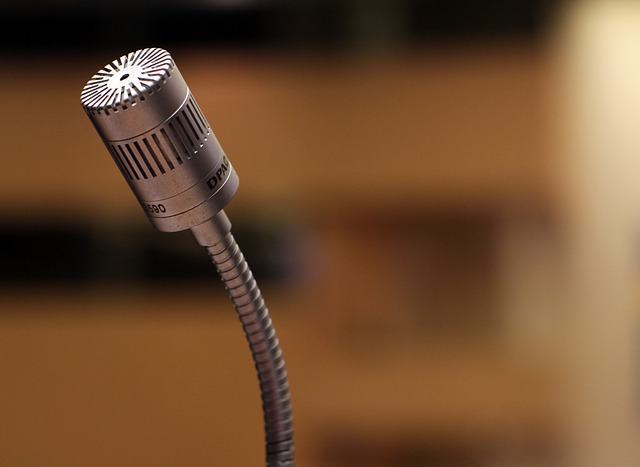 In church, God's word is a lot of the time, passed on through the spoken language. In a lot of churches, the spoken word is supported by a sound reinforcement system. These systems are used for a variety of uses cases including amplifying a speaker's voice so that a larger group of people can hear the voice of the speaker.

The aim of this article is to look at the 3 most common mistakes that I see people make while using a microphone.

But before I get into that I first want to explain why it's important to use a microphone correctly while you're speaking into it? The result of not using a microphone properly is that microphone isn't able to fully pick up your voice. This results in a quieter amplification of your voice and in many cases, this can distract your audience – which isn't good if you are saying something important.

The first problem I see a lot with older people and people who don't talk into a microphone very often. This problem accrues when the speaker moves their head left/right during speaking and forget to move the microphone.

This issue causes the amplification of their voice to get very quiet, THEN VERY LOUD, then very quiet again and so on so forth. It's not only very distracting for the audience but a nightmare for your sound teach who has to constantly adjust the microphones volume levels to flatten out the amplification level of the speakers' voice.

To prevent this happening to you before you come up to speak, observe how far away other people on stage are hold the microphone from their mouth and place the microphone around the same distance from your own mouth; while you speak.

If you are still unsure of how far the mic should be away from your mouth than a generally safe rule is to place microphone 2.5-5cm (1-2inches) from the bottom of your chin. You also want to talk just over the microphone rather than into it. Doing so helps to prevent your breathing from being picked up by the microphone.

The final speaking microphones problem I like to call "quiet, LOUD, quite LOUD" and is caused by people shouting, whispering or into the microphone

Whispering into a microphone is bad; its similar to having the microphone too far away from your mouth, no one can hear you.

I've never understood why people shout or talk loudly into microphones. Their voice is already being amplified up to ~70-100db and they feel the need to make it louder?

So how do you get around not shouting or whispering? Use your voices voice tone!

- Instead of shouting the tone of your voice should sound excited and the speed of your speaking should be slighting increased. This practice emulates shouting without actually shouting

- Instead of whispering the tone of your voice should become more in the low sound frequency range and sound slightly more ruff. This practice emulates whispering without whispering.

Now, this is not to say don't change the loudness of your voice, having your voice monotone is a quick way to send your listeners to sleep. Instead of being monotone while you speak you need to be mindful not to go overboard with how loud or quite your voice is while speaking.

The one thing I want you to take away from this is that while speaking you should be paying attention to what is going around you. Ask yourself every now and then: am I too loud or quiet? can everyone hear me? and is the microphone picking up my voice accurately? Doing so will ensure that your voice is amplified and the audience is able to comfortably enjoy the message you have to say. 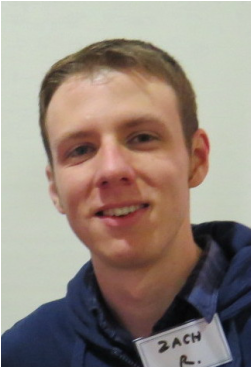 Zach Radloff lives on the Gold Coast. He was a theatre technician but is not a software developer.