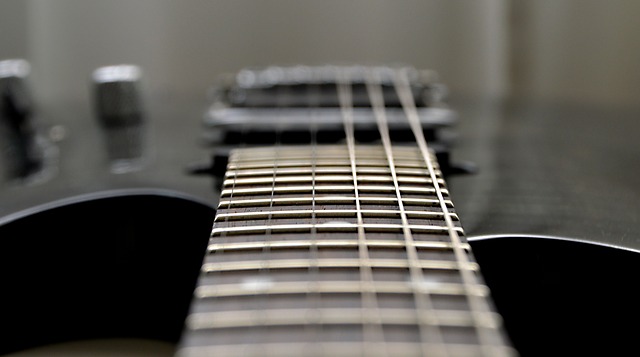 I love Coldplay for many reasons. Something about their music resonates deeply with me. I have often said they are the secular version of the band 'Jars of Clay' for this generation.

Music, as a friend of mine once said, ‘...is one of those eternal qualities’. God chooses to use music as a way to impart spiritual truths. He uses music to show us beauty and, importantly, he uses it show love. Music speaks to the heart and, when it contains truth, it enters the spirit speaking to the deepest parts of us.

I remember the hardest and most painful times of my life I used music (music openly proclaiming the name of God, and artists who were totally unaware of him) to console me, to be with me, to heal me.

The first time I heard the latest Coldplay album Ghost Stories through an intimate live recorded performance. Towards the end of the concert they played ‘A Sky Full of Stars’ (click the link to watch the performance).

There is only one word I can use to describe what is happening here: joy. The whole crowd can feel its effect and everyone, including lead singer, Chris Martin, can be seen dancing in celebration to the music. He is dancing (ironically) to the music he helped co-create.

I believe the only difference between this performance and a worship service is the people in the church know who they are worshipping and what they are caught up in. People at the Coldplay concert are simply unaware of it, they’ve just yet to experience who the author of this joy really is.

The heart of creativity

This is at the very heart of music and creativity in general—to be a participant in the already creative and joyful dance of God. To take part in the eternal and intimate dance of the Father, the Son and the Spirit.

The thing about creativity is: it is a gift God shares with us because he loves us. He is a creative God who loves to share the joy of creativity with us. And because it is an attribute of God (and therefore eternal) it means there is no end to it, the possibilities of creativity are endless!

When I am designing something on the computer I often stand back and think, ‘Man that’s pretty cool!’ I enjoy what I have created, but at the same time I am surprised and amazed. I enjoy the process in which it comes to fruition. I’m caught up in something that is altogether from another place.

Creativity is the journey of discovering something beautiful, something amazing that has somehow always been there, yet at the same time is strangely being discovered and revealed by us! Wow, what a thought?

Maybe, in his infinite creativity, God has somehow already painted every beautiful painting and written every wonderful song, but he chose for us to discover them through creativity.

How can something entirely come from us if it is ‘inspired’? The answer is, it can’t. God gives us the gift of creativity and inspiration and we participate in the creative process with him, whether we realise it or not.

God participates with us in his creativity in order to express beauty and joy to us.  But it’s not a goal within itself, it’s sign post or pathway to lead us back home, back to the place where all of our hearts deeply long and ache for.

I can never watch a movie, listen to song or view a piece of art without looking for God in it. Sometimes he’s as clear as day and sometimes he’s hidden. Sadly though, people can also take this creative gift and mangle it. Some ‘art’ misses the point, conveying a corrupted message. There are many talented artists but not all of them convey wonder, beauty or truth.

God isn’t just in the latest Hillsong album, I hear him in classical, I hear him in trance music and in dance tracks, I hear him in the music of Churches, London Grammar, Ed Sheeran, Pearl Jam and a plethora of other artists: one only has to have to have ears to hear.

For truth to be truth it is self-evident, and as such it resounds with everyone, it crosses all boundaries, countries and races. That’s why music can speak to anyone at any time.

Classical music is often able to express deep thoughts and feelings where words fail. A wonderful example of the eternal colliding with the temporal is Symphony No. 3, also known as The Symphony of Sorrowful Songs composed by Henryk Górecki in 1976. (Click here to listen to the nine minute version of the second movement. For the entire original please click here).

In 1992 the 15-year-old symphony was re-released, topping the classical charts in Britain and the US. The recording climbed to number six on the mainstream UK album charts. It was at the top of the US classical charts for 38 weeks, staying on for a total of 138 weeks. It has sold more than a million copies—making it one of the highest selling contemporary classical records ever.

Górecki was as surprised by the symphony’s success, ‘perhaps people find something they need in this piece of music…Somehow I hit the right note, something they were missing. Something, somewhere had been lost to them. I feel that I instinctively knew what they needed’.

The universal popularity of this piece is because somehow it awakens a deep sense of longing, a part of us we’ve lost, it reminds us of something we have long since forgotten about, who we truly are and where we have come from.

It’s a sign post directing us back to our origin, that remembering, that longing is the ancient call of God the everlasting Father speaking directly to our spirits, calling us back home to his kingdom of love. The only question is: how will you respond? 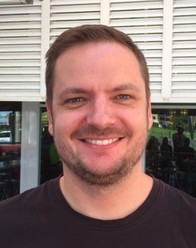 Tim Everton lives near the beautiful Southern Coast of South Australia and is currently studying counselling full-time. In his off-time he pursues his new business venture Miniature Worlds Workshop where he and his partner teach others how to create their own mini worlds of wonder. He also loves the beach and seeking out his next café latté both in equal measure.

Tim Everton is from South Australia, is a youth worker by trade and runs his own small business making miniature things. In his off-time he enjoys making more miniature things, playing board games hanging out at the beach and seeking out the next best cafe latte.