Keith Green, Christian singer and songwriter in the ‘60s and ‘70s, had an album called “No Compromise”. The title came from a song which began with the words: "Make my life a prayer to You / I wanna do what You want me to / No empty words and no white lies / no token prayers, no compromise."

Though written a long time ago, the sentiment is still significant in this time where we seem to be seeing more and more a compromise of values and ideals that were once held to be absolutes.

Last year, the school at which I do some relief teaching held a Professional Learning day run by people from Christian Heritage College in Queensland. The topic was on Sustaining Culture in a Christian School and it was troublesome, to say the least.

The whole 6 hour day was extremely valuable, but the troublesome part was the examples given of Christian schools and colleges which started strong but basically lost the plot, compromised their values and now after 50 or 100 years cannot in any way be called “Christian”.

For one school in the US it started with the difficulty of finding a Christian principal. This school compromised by appointing a person with excellent educational qualifications, but with a very nominal faith.  It is easy to hold to a form of godliness but without its power. Within a couple of decades, while the school retained the word “Christian” in its title, a lot of the vision and values that were foundational at the start had been eroded.

Australia has now joined the ranks of those countries in which the term “marriage” is now compromised.  “Marriage” no longer means that special relationship between a man and a woman through which they become one and can have children to nurture and protect.

“Marriage” has been expanded to include any same-sex union. The sad thing is that many faithful Christians voted “yes” in the referendum, thinking they were on the side of people who supported what love is. It makes me very disappointed and angry that so many people voted with only a superficial understanding of what they were doing.

Had people investigated for themselves, or been given solid biblical teaching about love and marriage, and had Christian leaders themselves fully appropriated what was going on, the results may have been significantly different. As it is, the ramifications of the “yes” vote will be felt in many areas of society, not the least of which will be Christian schooling and religious freedom.

While this is a hugely complex issue, one of the bases of compromise was people seeking the approval of others, people who would like to be thought of as kind, compassionate and caring. Another basis is people having their own interpretations because of what they would like to be true.

Being the child of migrant parents who were allowed to travel through camps throughout Germany, fleeing the Russian invasion of Latvia, I am forever grateful to Germany for opening their doors and coping with the stream of displaced persons. Never did any of these people demand that Germany change according to their rules; they were just grateful to be alive.

Things are so different now. In Germany, the UK, various other European nations and even America, Muslim migrants are demanding that pork be off the menu, they be allowed to wear hijabs or burquas and that Sharia law be instituted. The last thing they seem to want is to respect the culture and identity of the country that offers them refuge. Suicide bombing and terrorism abound.

Sweden is one country suffering for its compassion in this way.

How can we avoid such disruption?

Japan's reluctance to accept foreigners mirrors a wider caution towards immigration in a nation where many pride themselves on cultural and ethnic homogeneity. The Prime Minister – Shinzo Abe - would prefer safeguarding the cohesion of Japan’s ethnically homogenous demography – even at the risk of further stymying its economy, which is at last showing some signs of growth – than allowing an influx of migrants to settle in his country en masse. Japan first.

A similar sentiment is evident in the experiment in Austria where they want to accept genuine refugees who seek asylum, rather than people just wanting to have a better life for themselves.

These countries have taken extreme measures attempting to maintain their cultural identity. There is no room for compromise in these. At the same time, they are not privy to terrorist attacks and disruption of their society by immigrants.

At the risk of sounding callous and uncaring, surely there must be a way to accept genuine refugees (which is another issue in itself) and stressing upon them the importance of respect and gratitude for the culture that has taken them in? Instead of compassion, compromise has resulted in abuse of the hospitality!

One of our young writers, Jesse Moore, has written a great article about warning signs that we tend to ignore. The problem is, compromise can sometimes be so subtle that we don’t see the warning signs.

The important thing is to not lose faith in God who can overcome and find Christian principals, or money, or resources but to keep eyes and ears open to what He wants and follow His lead. 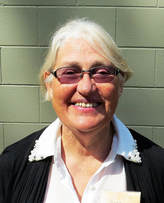