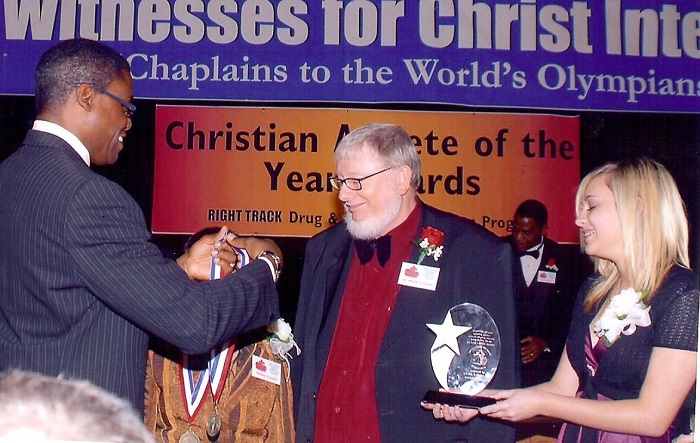 A number of previous ministry videos from Well-Being Australia are being given an airing and one of these was when Dr Mark and Delma Tronson were awarded the Olympic Ministry Medal.

The story goes back to 1981 when Mark Tronson was appointed as the industrial chaplain at Shell Australia in Sydney by the InterChurch Trade and Industry Mission.

During the following 12 years while ministering at Shell for 2 days a week, he was also developing the Sports and Leisure Ministry and in 1984 the Australian cricket team chaplain.

It happened that IOC Vice President Kevan Gosper AC was also the Chairman of Shell Australia and having met several times and knowing Mark's ministry pedigree invited Mark to be part of the 1984 Los Angeles Olympic Chaplaincy team.

In the years following, Mark subsequently appointed the Olympic chaplains from Australia to each Olympic Games and in February 2000 Kevan Gosper invited Mark to the IOC in Lausanne Switzerland to develop the Olympic Religious Services 'Transfer of Knowledge'.

This 'Transfer of Knowledge' is sent to each following Olympic host city.

In 2009 Mark and Delma Tronson were acknowledged for their Olympic ministry and awarded the Olympic Ministry Medal presented by Carl Lewis the Olympian of the Century.

This video is that Olympic ministry journey.