Initiated in 2016 with such personnel attending, and the 2018 One Day in Melbourne scheduled for Saturday 19 May - will see Dr Mark Tronson who set it in motion with Rev Bob Thomas the editor of New Life – passing the planning to his Melbourne Press Service International young writers.

David Goodwin the editor of Warcry (Salvation Army) along with being a sport and comment writer for the PSI young writer program in conjunction with Christian Today  -  collected Mark and Delma Tronson from Melbourne airport on Friday as David was unavailable for the Saturday morning breakfast meeting.

David, Peter, Anneliese and John are taking the handle of One Day in Melbourne as from the conclusion of the 2018 'day' and start planning for 2019. They will have their first meeting at the lunch break. Anneliese will be the Email guru.

This is a fresh generation taking leadership in a national ministry with a focus on the unsung Australian Christian mission society editors and smaller Christian media, Social Media mavens, writers and editors. 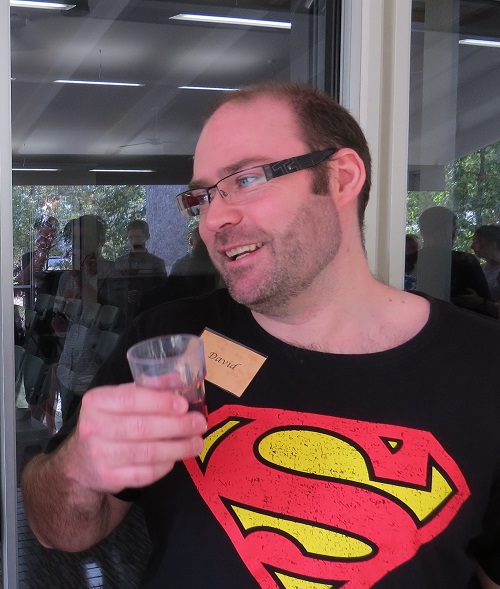 David Goodwin at the 2017 young writer's conference on the Sunshine Coast – David won the Sport Writers Award as he did in 2015.