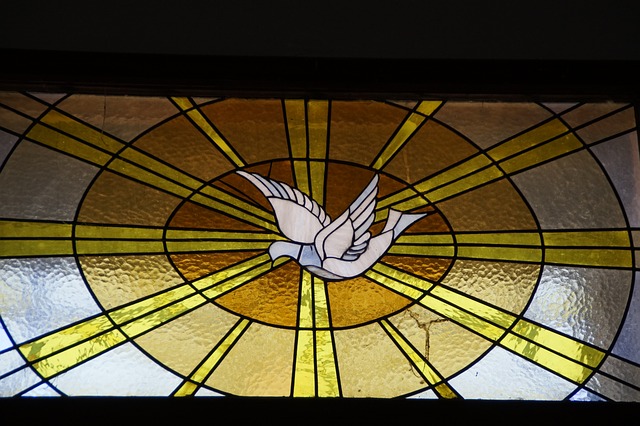 In the midst of political conflict; people squabbling for their rights, some shouting louder than others, everyone looking for labels and for others to validate them; it seems that no one really knows who they are.

The cost of discipleship

It proves dangerous to have an opinion these days, especially on social media where public vilification is much easier. If you scroll through your news feed and wonder why there seems to be an overwhelming support for things like gay marriage and abortion, the reason is not because it’s the majority world view or that everyone agrees with it, rather that people have been conditioned by such hostility towards any view other than their own.

While groups in society seek validation for themselves and what they stand for, they don’t care whose ‘rights’ they consume or take away while they desperately search for peace in their own identity. What they miss out on in looking to themselves, is the validation and unconditional acceptance that comes only through Christ. This is what those with faith wish for them to ultimately discover, but their disorientation and confusion has them wandering in a thick fog where they can’t see truth for themselves.

Breaking through the noise

While there are voices carrying this message trying to break through the noise and suffering the heat, there are also those who shrink away from the hatred towards contentious opposing views. As such, we should not be surprised by the amount of persecution we are seeing towards Christians. Although it is hurtful at the time, Christianity thrives under persecution and God is happy when we stand for him. This brings with it rewards of a different nature. Matthew chapter 5 verse 10 says: “Blessed are those who are persecuted for righteousness’ sake, for theirs is the kingdom of heaven.”

To be persecuted means you have been defined, discriminated or excluded from a louder group. John chapter 1 verse 12 says: “Yet to all who did receive him, to those who believed in his name, he gave the right to become children of God.” As children of God we cannot be motivated or moved by the opinions of the world because we know where we stand—our feet are on solid rock. A great example of this is Dietrich Bonhoeffer, an every-day German pastor whose faith led him to stand up against the evil of Nazi Germany, not only to suffer and endure vilification and loss of reputation, but at the cost of his life. Bonhoeffer knew who he was in Christ. His faith defined him. He didn't just save Jews but became a part of a plan to assassinate Adolf Hitler. This man knew that no matter what the cost, standing up for righteousness and his beliefs was the most important thing to him.

Blessed are the peacemakers

“Blessed are the peacemakers, for they will be called children of God” —Matthew chapter 5 verse 9. For some time I was unsure about this verse. What puzzled me was the real meaning. Is peacemaking about avoiding conflict or minimising the anguish or appeasing complainants? I realised there is nothing peaceful about appeasement or complacency because I am not at peace and neither is my Spirit at peace.

Maybe peacemaking is about defining what is right, what is the truth and what is the way which requires us to define ourselves and also defend, when necessary—therefore peacemaking that lasts is often uncomfortable. It can be confrontational, it can divide and it most certainly discriminates in defining who we are and who we are not. We are not at peace if society is going in a direction in which you, yourself and God does not want us to go. Peace is not a passive pursuit. It’s meant to cause disruption and division, restoration and resolution, and if it doesn’t, you’re doing it wrong.

Jesus (the prince of peace) did not think that letting people turn his temple into a marketplace and a den of thieves was in line with God’s will on earth. As a result, Jesus did not hold back in making it known that he was definitely not at peace. As Christians we must define ourselves not just in one situation but in all.

Matthew chapter 25 verse 32 says: “All the nations will be gathered before him, and he will separate the people one from another as a shepherd separates the sheep from the goats.” You can't expect to run with the goats and be rewarded with the sheep. If you are defined and take a stand you will be different from everyone else. You will be different and you may feel alone—but you’re not. When it comes to topics such as same sex marriage and abortion we can't be led by goats because if we don't speak up about the things that matter to us, we will be forced to endure the results of our silence.

The world tosses and chases after the wind in their fight for identity. They may do this for the remaining years of the earth’s existence; but real peace that passes all understanding, comes from God, and in him we are his and we find our peace.