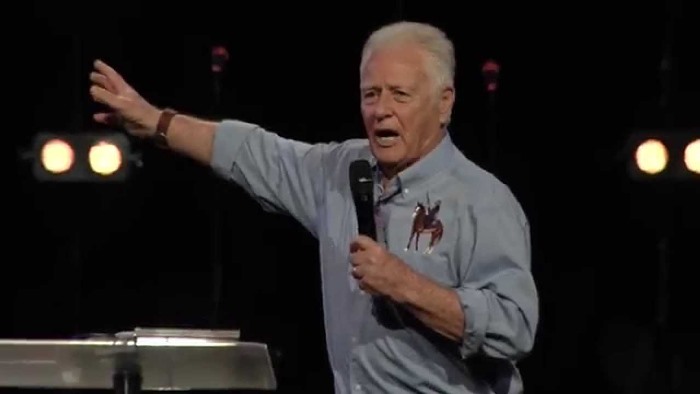 In many circles Col Stringer is well known through writing and preaching. His unique background of wildlife and humour at churches and conventions all over the world, won him the title, Pastor Crocodile Dundee. He has authored twenty books on hunting/fishing and twenty Christian best-sellers. His book about a true story of a giant rogue crocodile has become a best seller.

“800 Horsemen who changed the world” tells the story of the Australian Light Horse charge at Beersheba in 1917.  I expect sales of this book to reach new heights as the Beersheba centenary is celebrated in October.  “800 Horsemen and “Fighting McKenzie, Anzac Chaplain” were listed at 12 and 29 in the ABC’s 100 All Time Favorite Books in Australia.

His latest is ‘The Value of True Friends – True Blue Mates,” released in July. With chapters describing the biblical principal of mateship and reflections of mateship in the military and in sports this will be another Stringer zinger (my term). Col Stringer knows and understands our Aussieness and he has addressed it eloquently again.

His father was a professional hunter. Col grew up in what he describes as ‘rugged desert country.’ Col and his wife Jan opened a sports goods store in South Australia. Together they built two sports stores and a travel agency.        In the late 1960’s the couple moved to Darwin where Col managed Davies Sports depot, the largest outlet in the territory.

Col wrote a fishing column for the NT News and hosted his own TV show on Darwin TV. He was awarded the Mariner Fishing Writer of the Year award (Australia -1979), won a Swedish Gold

Medal for a world record shark capture, and was featured in two outdoor documentary films for Australian and American television.

When the Age wrote about Col Stringer, the successful author, they included this: “Stringer had his own frightening, but true adventures. He suffered from unspecified health problems that he says doctors could not treat. When Cyclone Tracy ravaged Darwin in 1974, he and his family were trapped and they lost their house. He thought they would all die, but they survived. His youngest daughter, then aged two, succumbed to heart disease, and doctors told him she wouldn’t live through the night. Today, she is a healthy adult.

“After these life and death experiences, he began to reassess his priorities. The turning point came when he heard a minister preach in Adelaide: “In a week, he totally changed my life. I went back and told my wife we needed to sell the business and go into the ministry.” (Mystery Man, Dec 10, 2004, theage.com.au)

In 1979 Col was invited to preach in the USA where he pastored a church in California. Col returned to Australia in 1982 and took over a struggling church that blossomed and became the largest in the Northern Territory. Under the Stringer leadership Kenneth Copeland, Dr Jerry Savelle and Cliff Richard and his band were included among their guests.

“Jan and I want to see a move of the Lord that sweeps right across the land, not just one isolated group, church or denomination – but touches all Aussies,” he says.

Just as his writing has crossed secular and Christian lines, his preaching also reaches beyond borders. He is invited to speak by government and business leaders and often by RSL clubs. He has spoken at the Great Hall in Federal Parliament, at Parliament House, Brisbane, and Parliament House, Sydney.

Col has been nominated twice for the honour of Australian of the Year in 2003 and 2010. In 2004 Col earned doctorate conferred upon him by a University in Florida USA in recognition of his research and writings on Australia's Christian Heritage.

Here is an extract from his book ‘Discovering Australia’s Christian Heritage.’

“Is this really a Christian nation? Where have we come from as a nation - what are the nation’s foundations? Where are we going - what is our destiny? It may come as a shock but many of our early explorers and pioneers were men and women of God. Captain James Cook, Charles Sturt, Edward John Eyre, Flynn of the Inland, Governor Macquarie, Carolyn Chisholm - are but a few of our forefathers who were men and women of faith. This is our nation’s heritage but few Australians know it!”

In his Newsletter, Australia Day, 2015 Col wrote: “We are a blessed nation, No, not 'the lucky country' but we are a blessed country! Ever wonder why? Certainly it's not because we are better, smarter or richer than anyone else.....but it is God's Grace - His undeserved, unearned favour being poured out on those who believe and receive His Grace. Much of this stems from our Christian Heritage! Even our name means 'Southern Land of the Holy Spirit' and it speaks of the Christian foundations of our nation.”

It is these sentiments that encouraged me to write about men and women who have stood proudly for the Lord and the faith. The Stringers fit perfectly. This from colstringer.com: “Col and Jan have a great love for their homeland and believe the Lord is calling them to minister not only in the towns and cities but throughout the Australian Outback, taking hope to farmers etc who have been affected by drought, flood and fire. They have held meetings in small communities where up to 1,000 people (10 churches) have combined to see God move. The Stringers also have a heart to mentor the next generation of ministers and Christian leaders.”

On the website Col wrote: "Our mission is to take the uncompromising Word of God to all Australians (and the world). To see the sick healed, the oppressed set free and family relationships restored - as well as bringing people to a saving knowledge of the Lord Jesus Christ."