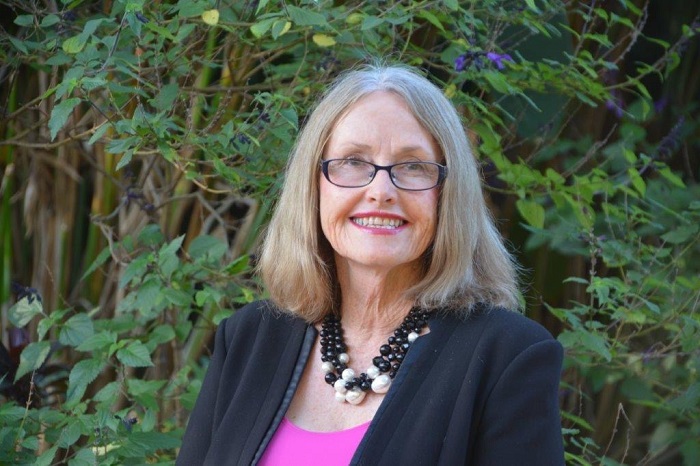 Jesma O’Hara is eloquent, informed and an expert communicator, preaching, teaching or writing. She is a leading advocate for Israel and Hebrew roots Bible insights. Her six published books and two leaflet series are packed with wisdom and theological insight.

“We are privileged to be living in the days of restoration and renewal for both the church and Israel,” she wrote. ‘The church and Israel both have their roots in Jerusalem, and they are returning there, for an encounter with the Messiah.” This is a quote from her book ‘The Day of Restoration for Israel and the Church.’ There is little doubt Jerusalem remains at the centre of world attention and Jesma eloquently links it with the eternal plan.

With such a timely topic and her expertise, Jesma is in constant demand at Bible colleges, churches, seminars and conferences.   She spoke at the Feast of Tabernacles Seminar in Jerusalem and her ministry has reaped dividends in Malawi, Kenya, Uganda, Papua New Guinea, New Zealand, Fiji, Myanmar, Thailand, Vietnam, India and of course Australia.

She is the descendant of bible teachers and her ancestors were among the first missionaries to the North Island of New Zealand. Jesma certainly followed in their footsteps.

She holds a Bachelor of Arts majoring in Religious Studies and a Post Graduate Diploma in Early Christianity and Second Temple Period Judaism and a Masters in the same area of study. She completed an Educator’s From Abroad Study Course through Yad Vashem (The Holocaust Memorial, Jerusalem) and a course with the Centre for Biblical Studies and Research, both in Jerusalem.

Jesma was born the youngest of five, in Brisbane, 1951. Her father died suddenly when she was 10. She recalls Israel captured her heart early. The Old Testament stories sparked fascination with ‘the Holy Land’ and she enjoyed books such as Exodus and The Source, by Leon Uris.

She acknowledges she was ‘a child of the 60’s’ complete with a strong dose of independence. At 16 she decided Jesus ‘wasn’t for now’ and left the church.

When she moved to Sydney to work in advertising her old bible was with her. Happily she met John O’Hara, a descendant of William Carey, the Father of Modern Missions. They married and moved to Yandina for what turned out to be a divine intervention. Jesma recalls “a group of elderly ladies in Woombye were praying for revival. The Holy Spirit swept through alternative communities and we and many of our friends were saved in the early 70’s.” Jesma embraced her faith and achieved her first goal by reading the Bible from cover to cover. 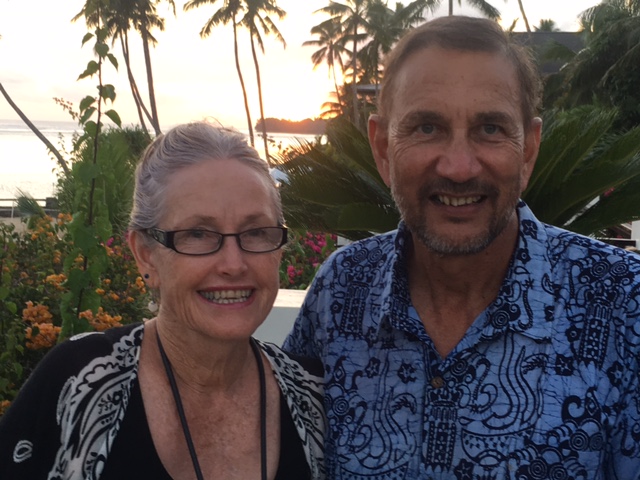 John and Jesma had five children in eight years. The 0’Haras were involved in the launch of the Nambour Christian College, which started in 1980 with 35 students. The College has been blessed and today serves about 1200 students and there is an indigenous campus in the Gulf Country.  Recently they were on hand for the opening in Normanton of the Gulf Christian Middle School building, where a healthy breakfast and fruit morning tea is part of the programme. Great fruit there!

Jesma has served on the Nambour College board since 1988 and has been the board chairperson since 2002. John set up a small business which financed their ministry for  over forty years.

Gerald and Elizabeth Rowlands were pastoring New Life Assembly back then, and Jesma and John made their first visit to Israel with them in 1987. Since then they have led many study tours and introduced hundreds to the Land of the Bible.

In the 90’s Jesma became a board member for the International Christian Embassy of Jerusalem (ICEJ) Australian branch. She edited their newsletter in the 90’s and early 2000’s, acting as their spokesperson.

Her studies continued. She obtained three degrees for studies in Christian and Hebrew roots. These qualifications led to her successful speaking and writing opportunities.

Then a new vision! John and Jesma concerned with the plight of needy children felt they should be involved in meeting the challenge. In 2002 they started Neighbours Aid Community (NAC) Stores to raise funds. The first Op Shop opened in Nambour, Qld. Now with outlets in Nambour, Brisbane, Maroochydore, Mooloolaba, and Caloundra, they have 15 paid staff and more than 200 volunteers. Another Op Shop opens in Gympie  3 October (2017) They now send 3-4 containers to Fiji each year and further funds support at risk children.

The reach of NAC is amazing. They impact lives through primary and high schools, children’s homes, medical clinics and vocational courses, leadership training, farming and small business in Malawi, Kenya, India, Israel and Fiji. The widespread campaign cares for more than 1200 children and their communities, and employs 200 local people in those nations.

Today John O’Hara is prayerfully fighting cancer. He is in full remission and remains focused on their mission, with inspired vision for the future.

Jesma is working on her Doctor of Ministry thesis with the Neighbours Aid as the case study.

“When we began we never expected how the work would grow,” she said.

Jesma recalled the words of Holocaust survivor Elie Wiesel. During his acceptance speech for the 1985 Nobel Peace prize he said: “Every moment is a moment of grace; every hour an offering. Not to share them would be to betray their lives. Our lives no longer belong to us alone; they belong to those who need us desperately."

Ron Ross previous articles may be viewed at