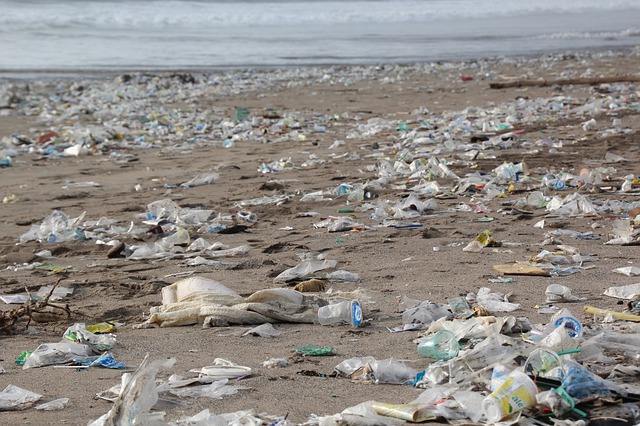 Do you want plastic with your fish?

I meet a friend down the beach for fish and chips. While crunching down salty goodness, he tells me I have to see Bright, the new Netflix original starring Will Smith.

“It's like your classic cop film, but with orcs,” he says, still amazed by the concept.

I briefly wonder how orcs found their way out of Middle Earth when I'm overwhelmed by how many people are enjoying nature with soon-to-be rubbish in their hands. The array of plastic water bottles, Doritos packets, and throw-away cutlery is no surprise. But what really gets me is the number of surf-goers clutching disposable coffee cups on this sweltering summer’s day.

“Look at all those coffee cups,” I sigh.

“I don't get the problem?” He briefly stops chomping, confused.

“They’re paper cups lined with plastic, so because they’re mixed materials they can’t be recycled. Billions end up in landfill every year,” I take a deep breath and continue my spill, “It takes the plastic lining decades, even centuries, to degrade. And when it does, toxins seep into the soil. Or it might break down into micro plastic and eventually end up in the ocean only to be eaten by fish. Like the one you’re devouring now. You could be eating plastic!”

He laughs. “It’s stupid you think plastic in landfill will end up in a fish. Nature will be fine… Did you know Bright was Netflix's most expensive movie ever? And it really shows, it's got all the effects…”

But is nature really fine?

Eight million tonnes of plastic end up in the ocean each year. By 2050 there will be more plastic in the big blue than fish. I don't think that’s a laughing matter…

So I'm the girl at the supermarket who stubbornly refuses a plastic bag at the counter even though I’ve forgotten my reusable one again.

“I can manage,” I assure the checkout lady; her glare clearly states she doubts this. But I somehow manage to clutch deodorant, cheese and pasta under my arms, balance toilet paper beneath my chin, and hug a bunch of broccoli to my chest. I must look confused to the casual observer. But really I'm just determined not to let single-use plastic win again.

Because in an age where common sense says we should cut down our carbon footprint, we instead waste fossil fuel producing these petrochemical items only so they can be carelessly discarded. Single-use plastics are a regrettable invention, but they’re also part of a bigger issue: that we’re living on this planet as if it's disposable.

It's as if we think once we've filled the ocean and land with waste, exploited natural resources until there's nothing left, and destroyed the atmosphere of Planet Earth, we can simply buy a new one. But we can't. This is it.

There’s no place like this in all the Universe where life can flourish. The creation of our earthly home is nothing but a cosmic miracle. And God has appointed us, his children, to care for it. So I’m determined to refuse single-use plastic whenever I can and encourage others to do the same, because to me this action stands for something greater. It’s a resolve to not be part of earth’s problems, but part of her solution. For… 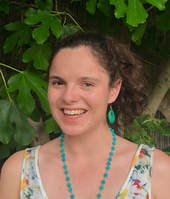