"They tried to kill us! We won! Let's eat!!!" That phrase is directly linked to the fun-filled festivities enjoyed during the Jewish feast of Purim. Purim this year is on March 23, 24. It is without doubt one of the most energetic and fun-filled of all Jewish holidays.

The Book of Esther (commonly called 'the Megillah') is read during the party. The story is set more than 2000 years ago in Persia and emphasizes how the people escaped a diabolical plot. It reflects a cycle of existence the Jews have faced from one generation to the next.

The bible story relates how King Achashverosh held a large party whichhis queen refused to attend. As was the way with ancient kings,she was replaced by a new queen, Esther, the Jewess. The timing was perfect. Esther's uncle Mordechai uncovered a plot to assassinate the king which escalated his popularity and influence in the royal court.

That relationship proved particularly valuable when Haman, the King's senior advisor, began to plot the destruction of all the Jews in Persia.

(Biblical Persia is the modern day Iran which is interesting) Esther courageously reported that plot to the king who reversed the wicked decree. Haman was sent to the gallows and Mordechai, who was mentor to Esther, was appointed Prime Minister.

It is a fascinating study. The name Esther in Hebrew means 'hidden.' The Hebrew word megilla means scroll and that relates to the word ligalot which means 'to reveal.' Esther was originally a megilla, a scroll. So that which is hidden in this book is revealed to those who will enquire.

Not once in the Book of Esther is God mentioned. The Author intends for the reader to find what He is doing and guiding throughout the story. As the Jewish people celebrate they remind themselves and each other how the Lord has His hand upon them despite the wicked schemes of anti-Semitism.

For the Jewish people He split the sea, made the Jericho walls tumble down and in a most timely fashion chose Esther and Mordecai 'for such a time as this.'

When I first experienced Purim in Jerusalem I was stunned, shocked and surprised. People throughout the city appeared to be on-the-edge, even living recklessly. They wore strange colourful disguises. Purple, pink or rainbow colored hair was not unusual.

I know now rabbinical teaching explains the disguise by the story of Esau and Jacob. Esau received Jacob's blessing by disguise. By this Purim practice they say some outward activities may seem to be questionable, but in the heart the Jews remain a holy people, chosen by God.Isaac failed to identify his own son Jacob. That did not hinder the blessings Jacob received, his heart was always known to Hashem (God).

'Eat, Drink and Be Merry' is a physical Purim display of joy and appreciation. Haman planned to destroy the Jews physically. His plot was thwarted and the Jewish people celebrate with a focus on their physical rescue. They give money to the poor and provide gifts of food to their friends. They eat a festive meal and drink wine.

Haman described them as 'a scattered and dispersed nation.' The Purim Party explodes in the face of those words and the unity of the Jewish people is proclaimed by an open display of welfare and friendship.

Every year Purim is an important reminder to Israel and the Jewish people of the plans, plots and intentions of their enemies. Purim and the party atmosphere celebrates the underlying truth, God is with them. 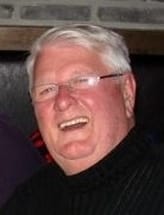