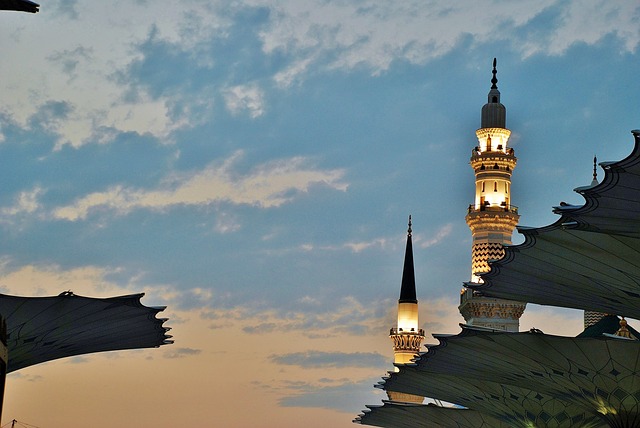 Mark A. Gabriel PhD grew up a devout Moslem in Egypt. He earned a doctorate in Islamic studies at Al-Azhar University, Cairo. He converted to Christianity and earned a master’s degree in world religion and a PhD in Christian education.

His book Jesus and Muhammad is a page-turner. Regarding his finding faith in Jesus he wrote: “It was only a matter of time before my family found out.  One day, completely unplanned, I blurted out the truth to my father. Immediately my father pulled his handgun out of his shoulder holster and fired five bullets at me. Within days I left my home and Egypt permanently.”

“I have lived as a Christian and devoted my life to giving Muslims and all people the opportunity to learn about Jesus as I did,” he wrote. (Jesus and Muhammad, Mark A. Gabriel PhD, Charisma House).

Terrorism has everyone on full alert. Bloodthirsty violence has been unleashed. The innocent have suffered tragedy, with more threatened.  Groups like ISIS and Al Qaeda are quick to claim responsibility for the more spectacular attacks.

Islam is divided into the Dar al-Islam (the house of peace) and the Dar-al harb (the house of war). In the Islam mindset, you are in one or the other, a Muslim or an infidel.

“No stronger retrograde force exists in the world,” a 25-year old Winston Churchill wrote in 1899. This comment appeared in his two-volume set ‘The River War.’ That same phrase did not appear when the one-volume condensed publication was reissued in 1902. The second edition edit may highlight the sensitivity of the topic, even then.

Historian Bernard Lewis observed: “Islam and Islamic values now have a level of immunity from comment and criticism in the Western world that Christianity has lost and Judaism has never had.”

Politically correct arguments seem to reflect protection for some, but open feverish attacks on others. Christian culture and icons are under severe attack in America. Atheist inspired litigation is on the rise, and frequently the courts rule in their favour.  Christian symbols, particularly crosses are considered offensive and their removal demanded.

This year prominent atheist Richard Dawkins spoke at the Cheltenham Science Festival. He was asked to speak about religious studies in schools. Were children being brainwashed? Should RE be banned? He said it is important to know about the Bible because so much of English literature refers to it. But in his comments, Dawkins described Islam as ‘the most evil’ religion. He added‘…of course that doesn’t mean all Muslims are evil, very far from it, individual Muslims suffer more from Islam than anyone else.” He added, “I am against Islam not least because of the unpleasant effects it has on the lives of Muslims.”

That observation is sadly accurate. The two largest factions within Islam are Sunni, regarded by many as the ‘orthodox’ expression, and Shia meaning the party of Ali, Muhammad’s cousin and son-in-law, said to be the first Imam. They are ferociously opposed.

Rosemary Pennington, Indiana University, explains. “Islam split into the two factions after the death of the Prophet Muhammad. The Sunni backed a series of appointed caliphs as head of the faith – the Shia believed a series of Imams descended from the Prophet were the true leaders of Islam.” Therein lies the fierce debate. Who is the true leader in the Islamic world?

There are also the Sufi to consider. Most Sufi believe you can find God within yourself. But, Sufism like the rest of Islam is hardly a monolith; there are a multitude of orders and schools practicing today, including several that sprang up in the West.” (The Myth of Monolithic Islam, Rosemary Pennington) The Sunnis and Shiites split in the 7th century. Today the Sunni nations network with Saudi Arabia. Iran and Iraq represent the major Shia populations.

Commentator Douglas Murray recently observed: “The house of Saud and the Ayatollahs in Iran – find themselves fighting each other not just for influence but even perhaps, for survival.” (The great Sunni-Shia conflict is getting ever closer to the surface, Douglas Murray, Spectator)

The predominantly Sunni nations – Saudi Arabia, Bahrain, Egypt, the United Arab Emirates, Yemen, Libya and the Maldives have severed diplomatic ties with the Shiite Qatar. They charged that the Iran-linked Qatar was openly supporting terrorism through the Muslim Brotherhood and Hamas.

However American sources reveal Saudi Arabia is the second largest source of ISIS fighters from Muslim-majority countries ‘with an  estimated 2,500, according to a working paper produced by the National Bureau of Economic Research. A whopping 16% of these fighters were in the U.S. when they joined ISIS.” (Washington Ignores Saudi Involvement in Supporting Terrorism and Terrorist Groups, Gladstone Institute. June 19, 2017)

Dr Bill Warner is the Director for the Centre of the Study of Political Islam. Referring to the upheaval in Europe he points out 65 per cent of European Muslims say their religious rules are more important than the laws of the country where they live. According to statistics of the Centre since 9/11 27,000 terrorist attacks have been carried out in the name of Islam.

We have often read about radical Islam, I believe it is time to passionately encourage radical Christianity or the faith Jesus launched! I was very encouraged just a few weeks ago to read a report from Pastor Greg Laurie from the Harvest Christian Fellowship, Riverside, California.

“Nearly two thousand years ago, Jesus told his disciples to take the good news of the gospel to the entire world. I believe we are the first generation that can actually accomplish that task. Because of today's technology, we have more opportunities for global evangelism that any generation before us and to accomplish this we must renew our emphasis on evangelism as never before. Most importantly, we must unify our efforts. We must learn to walk in common purpose and common vision. I believe the need is urgent and the time is now,” he shared.

“We need a national revival as much as at any time in our nation's history. We must pray for it, work toward it and do everything possible to prepare the ground for it. We must preach and pray until it comes. This is why we've chosen to extend a hand of fellowship to the Southern Baptist Convention, the nation's largest protestant denomination of churches. We've chosen to partner in total, unrelenting pursuit of our nation's next great awakening,” he urged.

Is that the goal? If we simply transfer our fears into the fire of faith, what a victory could be achieved?