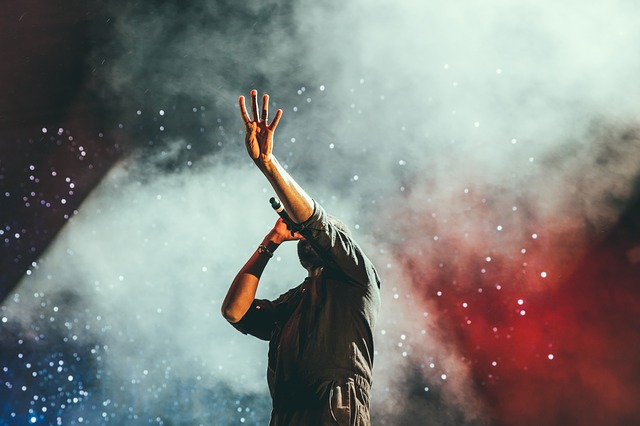 Let me start off by saying that I have not considered myself a Pentecostal for over 10 years now and since leaving the denomination I have been on a steep learning curve.  I want to tell you what I value most about my roots, the reason why I moved on, what I took with me and what I left behind.

I became a Christian in 1991 after the premature death of my aunty from cancer, which led my mum to attend a local Pentecostal church.  The Pentecostal church was an exciting place to be in the 90’s: revivals in North America, mass crowds would go to crusades held by evangelists, conferences and contemporary music was manufactured and marketed.  There was an expectation of the second coming of Jesus and preachers would predict the end times and ‘move in the spirit’.

Church meetings were focused on the ‘presence of God’ and being ‘touched by the Spirit’.  Sermons were aimed at stirring up spiritual hunger, expectations and an emotive response.  There were altar calls where people were prayed for, dimmed mood lighting, and music was sung with inspirational lyrics.

Testimonials were given, home groups thrived, bible studies given and short term missionary trips were undertaken.  There was vitality and excitement in the church’s culture and atmosphere and I was hooked.  I attended church twice on Sunday, youth group every week and home groups and prayer meetings.  In this my spirituality took shape.

It was high energy, high expectation and had no room for failure. It was what I would now call ‘hyper-faith’ spirituality. Now the trouble with this hyper spirituality is that there is a mixing of genuine spiritual experience in there.  I am, and will always be grateful for my experiences of the presence of God.

God’s presence was both mysterious and overwhelming.  It was through these encounters that I can say that I met and fell in love with a personal God, who truly loved me first.

The love of God softened my heart so that I could accept myself and love others.  I remember going on a short term mission missionary trip to China to do ‘gospel tract bombing’, which is the illegal distribution of Christian literature.

On this trip I found myself on a rundown bustravelling in rural China.  Looking at the people as we passed by I started to feel an over whelming sense of compassion for them.  I dropped gospel tracts out the back window as I cried almost uncontrollably.

This experience of being overwhelmed was something that I encountered dozens of times.  I would often cry, be ‘slain in the Spirit’, or shake uncontrollably.  I would hear God speak, see images in my imagination, or just have a deep sense of peace.

For those of you who think I’m a bit crazy, I don’t blame you. I have also seen my fair share of unsettling things in the charismatic movement and I approach most of it now with a sense of scepticism.

There is more than just encounter

Why? You might ask.  Well I always felt these experiences were for a reason, not an end within themselves.  I got up off the ground from an encounter and wanted to do something, I wanted to serve, and I wanted to give.  I wanted others to experience the God who healed my heart, delivered me from drug addiction and gave me a fresh start in life.

Here’s where I think I started to part ways with the Pentecostal movement. It’s in something called ecclesiology, or the way we do church and mission.  I didn’t find it hard to engage with people about my faith and build relationships, but when I brought them to church they experienced something very foreign, something surreal.  I don’t mean the music, the worship or the preaching.  There didn’t seem to be a place for questions, for doubt, for failure, for suffering, or just for being a human.

You see, in my experience, theology wasn’t the Pentecostal movement’s strong point.  There was a culture of being told what to think, not how to think.  Independent thought, questions and discussions were far from the norm.

My leaving the Pentecostal movement was actually quite gradual and a really long story but the Pentecostal experience has never left me.  It is something I have built upon, reflected upon and value immensely.  What I have left behind is the culture, its values and its ecclesiology.

Let me just say that every church and denomination has a culture; they all have strengths and weaknesses.  They are all flawed. Why? Because they are made up of people; fallen, sinful and corrupt people.  People like you and me.  Loved people, redeemed people, people created in the image of God, precious people. I still truly love my Pentecostal roots and will forever appreciate all my time there.

Mark is married with 3 kids. He has been a youth worker for 10 years. He has worked in lay and paid church roles in various denominations for 15 years and is currently a member of the Adelaide Anglican Diocese.  Mark has a B.A from Tabor College Adelaide.