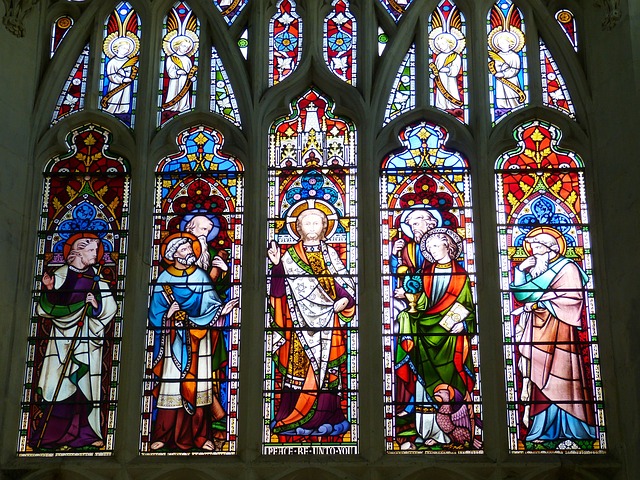 To understand what the church should be, and so what it should look like today, we need to go back to its beginnings. The ‘official’ church was first established in Jerusalem when Peter preached the gospel to a huge public gathering of non-believers. When thousands were saved through the Apostle’s words, Jesus’ prophecy was fulfilled:

Apostle Peter and his preaching act became the rock upon which the church first formed.

This aligns with the founding mandate Jesus gave his ‘church building’ apostles:

“Go into all the world and preach the gospel to all creation” (Mark chapter 16, verse 15).

What the church should be and do today is therefore extremely clear: a gospel sharing ‘body of Christ’. This is what Jesus and his disciples had modelled as the pre-church ‘church’, even before Peter had preached and the Holy Spirit fell. Every ‘church’ structure was there in the disciples’ time with Jesus: their preacher had been Christ, His words their Bible, their worship obedience (Matthew chapter 28, verses 16-17), their congregation their fellowship, and their building God’s creation (Acts chapter 7, verse 49)—and one as great as the Holy Spirit was with them: Jesus Christ.

In fact, the only essential requirement for them being the first church was easily fulfilled. The Greek word for church ‘Eccelsia’ is ‘a called out assembly or company’. The Apostles had been called out by Jesus, and so ‘did’ church with Him wherever He went. This was the purest form of church the world ever witnessed, as this company was not only taught by the greatest preacher and teacher to ever live, but were literally fulfilling their calling to be ‘out’ in the world with and for Jesus.

Jesus could have easily held His church inside building walls and trained His disciples behind closed doors, but 80% of the time He didn’t, and for a clear reason. Jesus called His disciple-church ‘out’ into the world to be a ‘church on wheels’ or to put it another way, a church on beautiful gospel feet (Romans chapter 10, verse 15).

Jesus taught this church by modelling the gospel with His own life, preaching its truths to the unsaved and saved alike, and revealing its treasures not only through doctrinal teachings and encouraging words, but by sermons on ‘mounts’ (i.e. ‘the sermon on the mount’), amongst great crowds (i.e. ‘the feeding of the five thousand’), and while on stormy seas (i.e. while He walked on water).

Bringing back the balance

It’s true that Jesus also taught in temples and behind closed doors, but this was only about 20% of the time compared to the rest of His church ministry. It’s also true that the early church met in temple areas and in houses, but this didn’t mean they stopped witnessing to the lost and service to the poor and needy (Acts chapter 6, verses 1-4 and Mark chapter 16, verse 20).

As much as they were inside, they maintained their ‘called out’ purpose, and this is where the modern church and its disciples have struggled in recent times. We don’t have this 50/50 ratio, so it’s time to turn the tables on our way of ‘selling’ church to the world, and trade away our inside-out church method for an outside-in one*.

How do we do this? We need to start with giving up the idea that we’re to ‘sell’ the church to the world. Jesus and His disciple-church didn’t sell anything, but instead freely gave the gift of eternal life to everyone who would believe. This giving was done as service; “…the Son of Man did not come to be served, but to serve, and to give His life a ransom for many” (Mark chapter 10, verse 45).

We also need to give up the idea that the only function of the church is to develop spiritual edification, growth and maturity for ourselves. The church is described in the Bible as the ‘the body of Christ’ (1 Corinthians chapter 12 verse 27) to reflect the fact that we should live and minister exactly how Jesus lived and ministered while he was in his human body on the earth. If we’re to do this fully, we must be willing to do what He did, go where He went, and serve as He served.

Only in this way will we reach a key goal of the biblical church which the Apostle Paul described as being to reach ‘to the measure of the stature of the fullness of Christ’ (Ephesians chapter 4, verse 13).

Part 3 of this series will look at how we can make the church what it once was: an outside-in ‘called out’ assembly that moves in preaching, teaching, service and love out in the world as much as it ever does behind walls.

*See my Prt1 article for an explanation of ‘outside-in’ church

Tim’s home is in Minnesota, America. He has a Graduate Associate of Theology degree, completed a year of Masters of Divinity in Theology, and has just over six years teaching experience in Christian Education. He enjoys being a Youth Pastor, Christian writing, and spending time with friends.

Tim Price’s previous articles may be viewed at