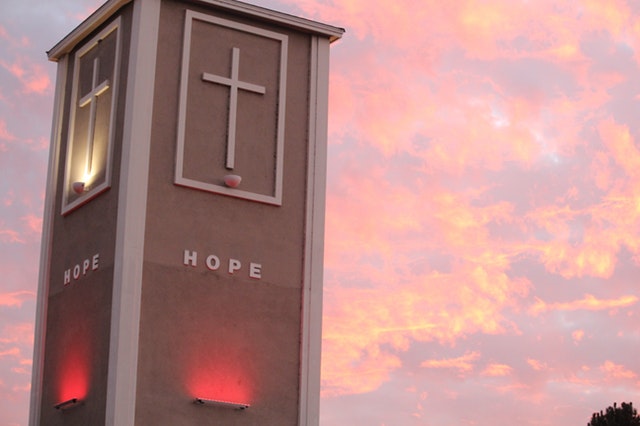 The last few years I’ve become increasingly uncomfortable with how we ‘do’ Christian church in Australia compared to when I was younger (I’m 34 now). This has really surprised and somewhat perplexed me, because on the surface, not much has changed.

Sunday mornings before a main service is traditionally chat and catch-up time. Services begin with congregations singing worship songs, followed by light-hearted greetings and banter by the pastor and ministry team. A good word is given, concluding exhortations made, and a tithing bucket handed around.

I doubt many would disagree that most of these things are good and biblical.  It’s a self-evident fact that God has, at least to a certain degree, blessed this kind of ministry format in the past, so we shouldn’t throw out the baby with the bathwater. But religious trends in Australia over the last decade show I’m far from alone in my discomfort with how we’re delivering ‘church’.

The 2016 Australian census revealed 52% of this country now identify as ‘Christian’ (abs.gov.au). On the surface, this sounds pretty encouraging. After all, one in two identifying as Christian is pretty good, right? Unfortunately this couldn’t be further from the truth because the numbers show this to be a near catastrophic decline.

In 1966, Australian census data showed 88% identified as Christian (abs.gov.au). Think about that for a minute. Only a decade ago, nearly 9 out of 10 Australians thought themselves to be Christian! Now only half that number do so…

The massive number drop almost directly mirrors church attendance figures over the same period. A National Church Life Survey in 2013 found that about half the number of those who identified as ‘Christian’ around half a century ago attended church in some form around that time (44%), while that number dropped to a staggeringly low 17% by 2007.

The startling 50% drop in belief and church attendance show that how we ‘do’ church is in trouble, and that’s putting it lightly. The reality is that instead of dramatically changing Australian society, the reverse has largely happened: the church become so similar to its surrounding culture and influences that people no longer feel any need to attend or consider a Christian belief system.

This is a monumental failure that can’t be overlooked, and can’t be explained away. No one should want to explain it away. Without accepting our failure and inadequate methods, they’ll be no rectifying this problem, and history shows things will only get worse.

Despite finding ourselves face to face with a confronting and pretty depressing reality, our problem is not an unsolvable one. Neither is the answer revolutionary (in fact it’s as old as the New Testament church itself). The bottom line is this: the church needs to get outside its meeting walls and become visible to the world.

For too long ‘church’ has, by our too insular services and cultures, said to the world, “Come to us and we will save you”. “Come to our meetings, sing in our services, and meet with our leadership team”; “‘Connect’ with us online, sign up for membership, and hang out with our crew”. The thinking behind this has been that once the world has seen us in our natural environment and been given what we have to offer there, they’ll want to believe in God.

While this method has born some fruit in the past, the problem is now glaringly clear because many people no longer feel the need to come to church, especially if what we’re offering is either far too strange to them, or far too similar to what they’re already living. The world is far more comfortable in its own environment amongst things which are far more effective at capturing their attention. Not to mention being far better at being exciting, entertaining and polished.

On the flip side, the church’s ‘product’ (for lack of a better word) isn’t selling. It’s likely we need to change tact, especially in regards to how we deliver ministry. However, thinking of what the church offers as being a ‘product’ is probably where our great error has been. Christians have started to believe that we need to become culturally attractive to the world and ‘relevant’ to what they want in order to win those outside our ‘churchi-anity’.

Time to trade away worldly methods

Despite our ‘product’ thinking, Christ never told us to ‘sell’ church to the world by mirroring it, but to be His hands and feet to gospel-serve it. Jesus described this as being ‘salt and light’. The only method he endorsed to accomplish this was to ‘Go into all the world’ (Mark 16:15). This demands a radical strategy shift because whereas before we’ve ‘done’ church from the inside out, now an ‘outside-in’ method may be the only answer.

So what does this kind of church look like? That will be explored in my Part 2 article.

Tim’s home is on the Gold Coast in Queensland. He has a Graduate Associate of Theology degree, completed a year of Masters of Divinity in Theology, and has teaching experience in Christian Education. He enjoys Christian writing, the beach, and spending time with family and friends.

Tim Price’s previous articles may be viewed at